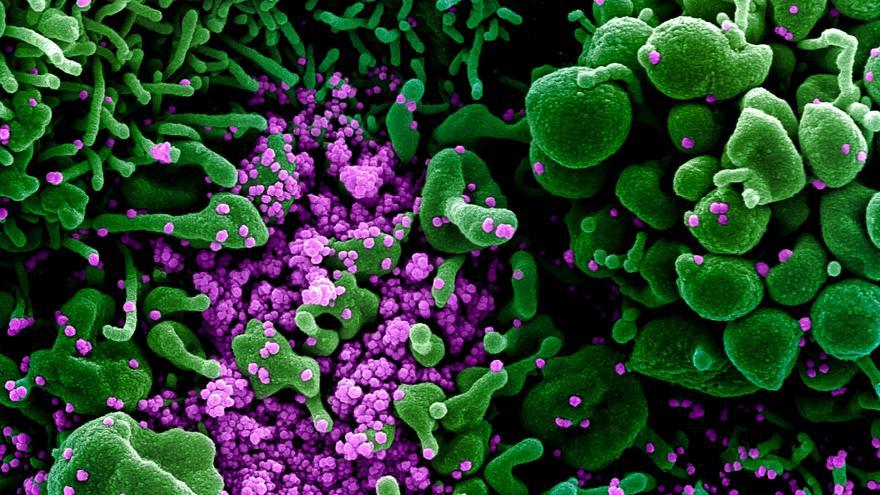 A prolonged immunity until at least the sixth month after infection. This is what a new study carried out in China with several coronavirus patients detected in Wuhan, the city in which SARS-CoV-2 appeared. The investigation, which is still preliminary and has been published in the open repository medRxiv, and therefore, has not yet been peer reviewed, it has found that IgG antibodies, the most long-term protective, can last up to six months in the human body after the onset of symptoms. Although with fluctuations, the study points out that more than 70% of the patients continued to maintain them until week 26, which was the period analyzed.

The researchers, from various institutes and laboratories in Wuhan, Germany and Chicago (United States), analyzed samples from 349 symptomatic patients admitted to the Wuhan Union Hospital and the National Center for Virus Resources of the Institute of Virology of the same Chinese city during the period from January 1 to July 15, 2020. Among the conclusions, they explain that they exhibited an “early and rapid” response of IgG and IgM antibodies: during the first week after the onset of symptoms, they tested positive, although with different frequencies, both IgM-S antibodies (66%) and IgG-N (33%), IgM-N (22%) and IgG-S (11%). The two IgMs ended up, however, declining until they became undetectable between weeks 10 and 13.

For its part, IgG-S were positive in 97% of the patients at week three, and “it remained in a relatively high percentage until the end”. IgG-N rose “rapidly” to reach 87% of patients in the second week “and remained at very high levels thereafter,” the researchers slip in the results. In both cases, the rate is above 70% during the period analyzed. Antibody peaks were reached at weeks 4 and 5, the study notes, and then there was a contraction phase until they stabilized. Therefore, they conclude, IgG responses to SARSCoV-2 “were very similar to antibody responses against many other viruses,” with peaks a few weeks after infection, a dip phase, and finally “a stabilized response.” .

At the moment, the evidence is along the lines that people who pass COVID-19 have immunity, but we still do not know many facets of the answer and that of the duration is one of them. According to the authors of the study, which was published on July 24, the six-month observation period “is the longest so far” and they assure that knowing the degree of protection against the coronavirus of those who have already had the disease is “of critical importance”.

They warn, of course, that the group of patients with whom they have carried out the research is exclusively composed of symptomatic people, so that the level and duration of the antibodies “may be completely different” in those who experience the disease without symptoms. They also indicate that it is still unknown how the level of severity of the infection is related to antibodies and, in fact, the most acute patients had higher IgG-N levels than the non-severe ones in the fourth week, they explain, so it may be that the increased involvement of the virus leads to strong immune responses that persist for a longer period of time.