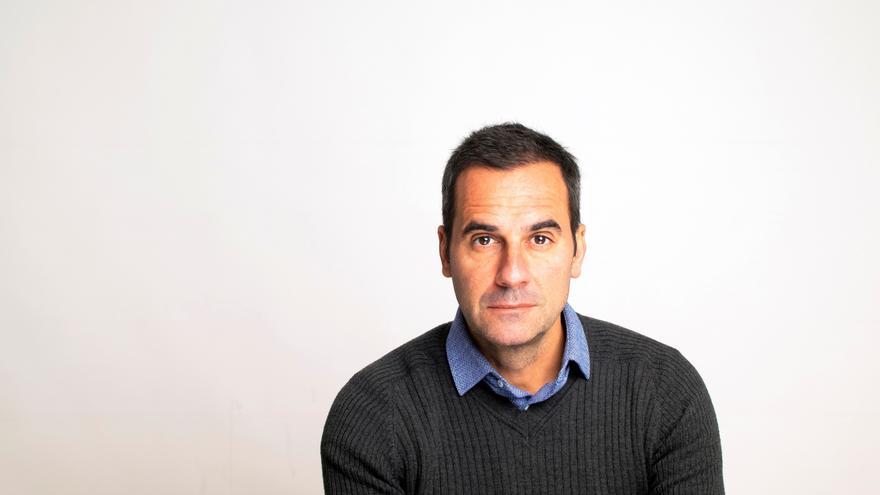 Valencia, Apr 18 (EFE) .- The English group Prefab Sprout, present in any musical compilation of hits from the 80s, maintains its therapeutic value as a standard of the best pop melodies and its legacy, beyond "Cars and Girls" or "The King of Rock and Roll", is now claimed as a cultural escape route from pessimism.

This is what the musical journalist Carlos Pérez de Ziriza, author of "Prefab Sprout. Life is a miracle," assures EFE, the first biography in Spanish of the group led by Paddy McAloon in which, in addition to reviewing his career and discography, it includes two interviews with the composer and singer from Durham (northeast England), one of them expressly granted for this book recently published by Efe Eme.

Through 170 pages, Pérez de Ziriza (Madrid, 1973) traces a chronological and discographic journey of the group, dwells on key factors to understand the sound of Prefab Sprout -as the producers, Thomas Dolby and Toni Visconti among them-, explores Paddy McAloon's influences and connections, illuminates unfinished records and reviews the "sound mark" that his music has left, over four decades, on both Anglo-Saxon and Spanish artists.

He borrows titles of some of his songs or stanzas of some of his flagship themes to title, in Spanish, the chapters of a biography that seeks to do justice to the creative heritage of McAloon, whose genius is regularly compared to landmarks of popular music of the 20th century like Burt Bacharach, Brian Wilson, Cole Porter, George Gershwin, Elvis Costello or Irving Berlin.

And it also serves as a connecting link between the Prefab Sprout fan community, a "cult" band that after a few years of "indie" militancy (with flashes like "When love breaks down") savored the honeys of success and radio formulas in the late 80s and early 90s but whose palette of sounds and cultural references preferred to continue to revolve around the personality and concerns of Paddy McAloon, a key figure in understanding contemporary pop.

THE KING OF ROCK AND ROLL?

Pérez de Ziriza, a musical collaborator in media such as El País, Efe Eme, Mondosonoro and À Punt, wrote his ninth book between July and November 2020 after noting the limited bibliography - nothing in Spanish - on Prefab Sprout and Paddy McAloon, as well as the The need to cover this editorial gap in the face of "the very strong emotional connection" that exists between the band's universe and its fans.

"Being a band not prone to touring live hurt them, especially at the time of 'From Langley Park To Memphis' (1988), which was the album of the -theoretical- great commercial leap. And that one of their best-known songs , 'The King of Rock and Roll', is also one of the least representative of its sound, it did not help many people to form a faithful idea of ​​everything that his discography encompasses, which is much more, of course ", he points out to EFE.

In his opinion, over the years his work in general has been revalued: "Not for a majority public, of course. But very faithful, very passionate," he defends while praising "Steve McQueen" (1985) as "the album that it always generates the greatest sensation of discovery. Many people have it in several different formats. Three or four copies. It is of that kind of disc "and not only because it contains songs like" Bonny "or" Apetite "or its epic tribute cover. and motorized to the actor of "The great escape".

A LIFE OF SURPRISES

Can the music of this group, or that created alone by Paddy McAloon, have a medicinal value to face this pandemic stage culturally and not succumb to pessimism and tension? "Fundamental - it answers categorically -. For me it has been an escape route with which, at this point, I did not count on".

"It distracted me enormously from everything else. If you give anyone the choice between watching a newscast (or putting on TV) in 2020 or listening to Prefab Sprout, the choice is clear," he proclaims.

Regarding the two in-depth interviews (one of them published in Mondosonoro in 2019) with the author of "Hey, Manhattan!", "We let the stars go", "A prisoner of the past", "I trawl the megahertz" or "I love music", Pérez de Ziriza praises him as "very humble, very self-critical, extremely polite and considerate, and a guy with a vast and exquisite musical culture."

And he underlines: "He does not feel that the world is indebted to him for the fact that Prefab Sprout has not had more repercussion, which is the case with many other musicians who think they are tortured, accursed. He is fully aware that things don't happen by chance. " There is "no victimhood on his part" and that, he adds, "honors" an artist who has suffered from serious visual and hearing ailments since the beginning of this century.

The one in this book "is a very 2020 title. I was clear about it. Tune in with the feeling that we have all had during the last 12 months. We never value life more than when we see that it may be at risk, that we may be in question hours. The message that "Life's a miracle" transmits - a song included in "Andromeda Heights" (1997) - is one of the most profitable in the entire Prefab Sprout discography, although it may sound naïve or cliché, "he defends.