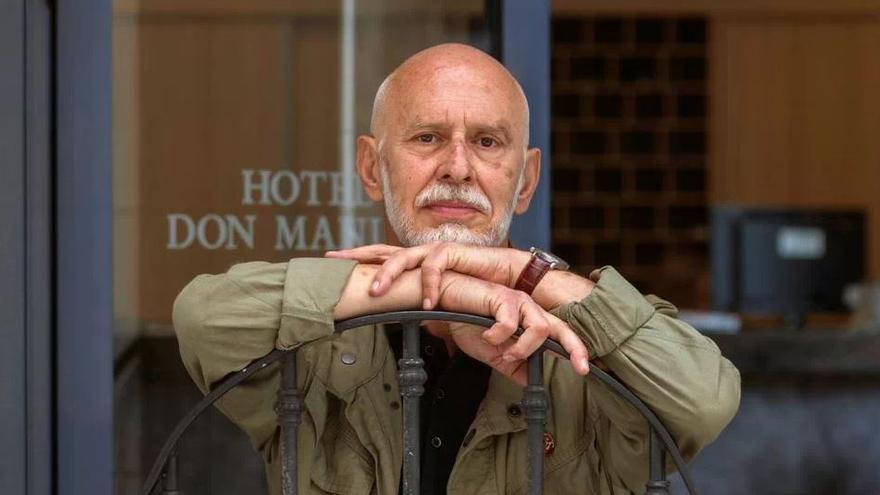 “Shameless counterfeiters, reactionaries now use the beautiful word freedom to justify exploitation, repression, discrimination, inequality, tax evasion, corruption and injustice. How did we come to such an aberration?”

The question greets the reader as soon as it begins. The most precious asset (ed. Makma), a selection of articles, all lucid and provocative, by the journalist and writer Javier Valenzuela (Granada, 1954). The texts, which touch the most varied thematic strings – from the phenomenon of false news to the experience of living without God, passing through the idea of ​​Spain or the voluntary submission of human beings – were published in different media, most of them on Free Info; but this wise grouping in the same volume has the virtue of connecting them under the light of the great debate of our time: that of freedom. It is, in that sense, a timely book. Both because of the political situation in Spain, where the right wing obscenely tries to appropriate the banner of freedom, and because of the drift of a world increasingly dominated by ungovernable forces, lacking geographical loyalties, in which the bewildered citizens, devoid of instruments of collective action, progressively lose the right and the ability to decide on their destiny.

In this scenario characterized by confusion and uncertainty, Valenzuela proposes to recover his admired Albert Camus, one of the most influential intellectuals of the 20th century, whose legacy he claims in the article Camus, a moral vision. The French Nobel Prize winner stated that freedom is achieved through the exercise of individual rebellion, which he described as the acceptance of the permanent state of tension that implies for the human being to consciously choose life and at the same time recognize that it is meaningless. That personal conviction about the nonsense of existence leads him, in turn, to develop a feeling of solidarity with his fellow men and rise up against injustices, with which his rebellion moves from the metaphysical to the ethical plane, from abstraction to action. For Camus, trying to impose a rational meaning on the world is inherent to totalitarianisms, because it destroys the existential absurdity that incubates rebellion and paves the way for submission and submission. Thus he contrasted his concept of rebellion with that of revolution, which cost him a bitter confrontation with the dominant intellectual circles in his time, enthusiasts of Soviet communism, as he had been himself before learning about the atrocities of Stalinism. As Valenzuela points out, for Camus “the human being not only has the right to rebel, but it is precisely by rebelling that he exercises his freedom the most”.

Camussian freedom and rebellion permeate every page of The most precious asset. By way of a declaration of intent, Valenzuela vindicates the use of the adjective “libertarian”, with which in recent years a reactionary right wing in favor of an economic and social model inspired by the law of the jungle has been identified. “Linguistic depravity is monumental,” he argues. The libertarianism he proposes consists of the maximum possible extension of freedoms –including those to which our supposedly liberal right has always opposed–, with the only limit that they do not affect the rights of others, and a State that “is not too much big, powerful and intrusive “, but that guarantees public health and education and basic levels of income and housing. “If I have learned something in several decades doing journalism on four continents, it is that human beings are, deep down, quite similar. In the North and in the South, in the East and in the West, regardless of their language, race, culture, nationality or religion, people aspire to have their dignity respected with a minimum of bread, freedom and justice. And when not even this is guaranteed, people feel that they have the right to rebel “, points out Valenzuela, who, after three decades in the newspaper The country, where he became deputy director, today he writes novels and journalistic articles and divides his life between Madrid, La Alpujarra in Granada and Tangier.

A keen polemicist, the main target of his darts is the right wing, but he does not spare any pinpricks against wealthy progressivism. In the article The good thief, makes a review of legendary and real characters who stole from the rich to distribute among the poor, until leading to the famous episode of the thefts of food and school supplies that were carried out by groups of Andalusian day laborers in 2012 and 2013, in the worst of the economic crisis. “Almost all professional politicians, television commentators and editorialists of the press ignored the context of the protests and chanted in unison the mantras of rigor:” Intolerable! Private property is not touched! The law is the law! “He writes. And a few paragraphs later he adds:” Am I saying that a private’s house can be occupied no matter how empty it is? Not! Am I saying that you can get hold of someone who walks down the street? Not! Am I saying it can be stolen from the corner store? No and a thousand times no, Mr. Prosecutor! I am only counting that in not too distant times certain types of crimes received a much more contextualized and compassionate look than now by the people and the left. That it was more subtle than now, that it took into account who, how, where, when and why. “In his view,” the current political weakness of progressives has a lot to do with their intellectual, cultural and moral surrender of the last three decades, with their acceptance, more or less enthusiastic, more or less resigned, of the frameworks and postulates of the conservative counterrevolution of Reagan and Thatcher. ” Intellectual dishonesty, recognizes the right to evolve from progressive to conservative positions, as the years go by and bank accounts swell. “What is dishonest,” he adds, “is refusing to accept it, pretending that one is still a rebel. This, dear Savater, Azúa, Vargas Llosa and so many others, is a deception, a fraud, an imposture.”

Valenzuela extols the progressivism of the precursors of the United States, which many would consider today dangerous Castro-Chavism. On Founding fathers, reminds us that the American Declaration of Independence, proclaimed in 1776, includes happiness among the inalienable human rights of the human being, along with life and liberty, and quotes a letter from Thomas Jefferson, in which the then president says to its corresponding that the right to citizen rebellion does not end either with independence or with the establishment of a formal democracy: “What country can preserve its freedoms if its rulers are not warned from time to time that the people preserve the spirit of endurance?”.

And how does Spain fit into this whole discourse on freedom? On Spain there is more than one, the author invokes the Latin formula with which Carlos V was designated as ‘king of Spain’. “Yes, they have read correctly: the Spains,” he underlines. He defends the federalism of Pi i Maragall and “the best Spain, built on living rock, but corrected by reason, of Don Manuel Azaña”. “I have never liked that Spain ‘One, great and free’ in which I was indoctrinated by the Franco dictatorship. The one that still persists, I know, in the hearts of millions of compatriots who believe that the sacred unity of Spain is eternal, even before the Big Bang. ” It rejects nationalisms of any sign, both the state and the so-called peripheral, because “they generate selfish and exclusive behaviors”; However, it is not equidistant in terms of the origins of the phenomenon, which goes back to the “homogeneous and centralized regime with Castilian roots” that was forged after the Bourbon victory in the Civil War.

For Valenzuela, one of the main challenges for democracy and freedoms is fake news. But, true to his rebellious spirit, he refuses to align himself with “the apostles of the fight against fake news, that now have more difficult the monopoly of the instruments of creation of opinion “. It maintains that the false news has always existed, many times propagated from governments and traditional mass media, as it happened with the supposed weapons of mass destruction of Iraq.” The serious thing, the most intolerable thing, is when the lie comes from a medium that boasts of being serious, one of those who now lead the campaign against the fake news on the Internet, “he says in Producers of lies. “For example, The world by Pedro J. Ramírez, who spent years nagging us with the fanciful theory of the 11-M attacks (…) or when, in the extraordinary edition at noon of that fateful day, The country He titled at full speed on his cover: ‘ETA Matanza en Madrid’. It turns out that Aznar telephoned the then director of The country and told him that it was ETA. The director could have entitled this: ‘The Government attributes the massacre to ETA’, but he did not. “

Individual rebellion, collective rebellion against the unjust, civil disobedience if necessary, a State that guarantees the basic elements to live with dignity, an open country that drinks from the waters of the Enlightenment … and humor, even the most corrosive. Laughter is a crime again walks through some processes against comedians and tweeters, such as Casandra, a young history student who was convicted in 2017 for joking about the murder by ETA of Admiral Carrero Blanco. Valenzuela recalls that, in the 80s, comedians like Tip and Coll or the cartoonist Summers made jokes like that of “Carrero Blanco: of all my promotions, the last one was the fastest”, without legal consequences. “What has happened so that what was tolerable yesterday has stopped being tolerable today?” Valenzuela wonders. The answer is found in the expansion of the culture of the politically correct and in the conservative ideology of many Spanish judges who “continue in their persecution of humor, although the alleged offenders do not authorize them to do so in their name.” As happened with Irene Villa, when she testified that some jokes about her disability as a result of an ETA attack had not caused her the slightest humiliation. “When Jaime Peñafiel put it in broth in The world, replied on Facebook, stating that she is capable of “separating what requires attention from the banal.” And adding: “Allow me to exercise my freedom of feelings”, remembers Valenzuela.

Really, it’s worth diving into The most precious asset, even if the articles that comprise it have already been read. Taken together, they make a smart, funny, and forceful plea for freedom. Or, if you like, about a Camussian way of being free in a world over which we hardly exert control and where they want to strip us of even the words with which we name ourselves.