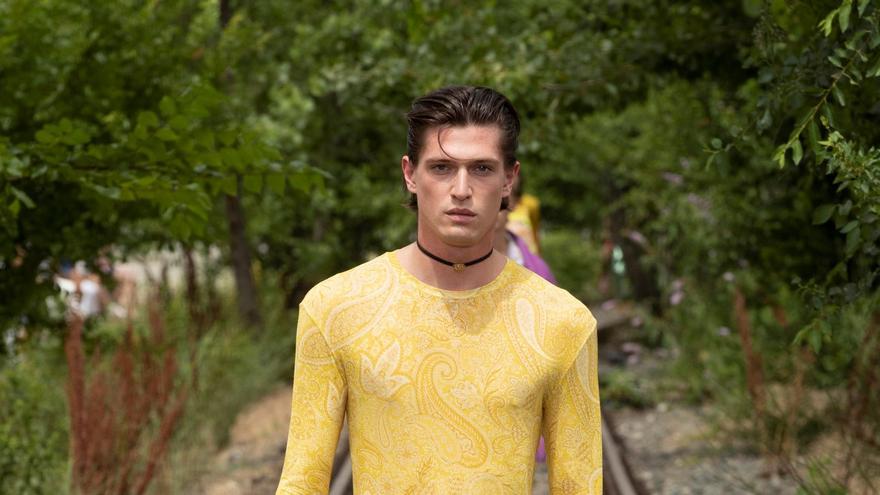 Rome, Jun 20 (EFE) .- The parades of Prada, which strongly opted for shorts in all its aspects, including jumpsuits and skirts, and Etro, who wanted to pay tribute to the recently deceased Italian singer-songwriter Franco Battiato, starred today the third day of Milan Fashion Week (north).

Prada showed its predilection for shorts, no shorts, combined with jackets and shoes, but also with backpacks, bags and hats, which have a purse attached to the nape of the neck, in one of the most striking elements of a show in which black dominated, although with touches of yellow or pistachio green complements.

Short white jumpsuits were also seen on the catwalk, with a slight touch of black in the pattern and shoes with metallic soles, as well as tank tops, over detachable wool collars and short pieces that were skirts in the front and pants in the back, along with brightly colored patent leather trench coats and leather jackets.

The presentation of the Etro collection became a tribute to Franco Battiato, the brilliant Italian singer-songwriter who died recently, whose voice in the song "the era of the white boar" started the show. Kean Etro created the sets for the Far Worlds tour and the two had a close relationship.

MSGM opted for technical and high-performance garments along with natural ones, such as mohai sweaters or hemp garments, in organic colors and marine fantasies that blend into lycra t-shirts and leggings with a pearl effect with designs of large fish.

During Milan Men's Fashion Week, which will end tomorrow, outstanding houses such as Ermenegildo Zegna, Fendi and Dolce e Gabbana presented their collections, which yesterday filled the Milanese catwalk with light and glamor.