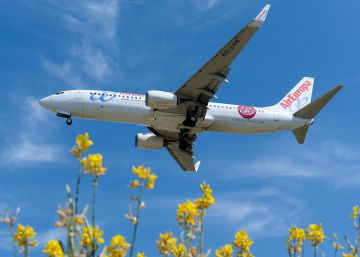 The purchase of Air Europe Iberia for 1,000 million euros announced on Monday opens a series of possibilities but also unknowns for the sector and, above all, for users. These are some of the keys and doubts of the operation.

The prices of the tickets. IAG, the owner of Iberia, has commended that the purchase of its rival by Iberia will allow a series of synergies in the form of cost savings that can translate into advantages for the passenger, although the official communiqués do not speak at any time of reduction of prices. On the other hand, consumer associations such as Facua have warned that, after absorption, all brands of the Iberia group (Iberia, Air Europa, Vueling, Iberia Expres and Air Nostrum) would account for more than 72% of the passengers in the domestic flight market, followed by long distance by Ryanair, which is close to 16%, according to data related to the first months of 2019. This situation of dominance can reduce competition and, therefore, be harmful to users, in the form of price increases.

Points and alliances card. Air Europa customers have the Air Europa Suma loyalty card, with which they earn miles to redeem for flights from the airline itself or from its airline partners. These are part of the SkyTeam alliance, formed by 19 companies (Delta, Air France, Aeroflot, Aeromexico, Aerolineas Argentinas, Alitalia, KLM, Korean Air, China Airlines, Saudia, Vietnam Airlines and Garuda). Upon joining the Iberia group, they will switch to the Avios loyalty program, within the Oneworld alliance that, in addition to the IAG airlines, is made up of American Airlines, Canadian Airlines, Cathay Pacific and Qantas, among others. When the operation is finally closed, Iberia will have to implement an intermediate program for Air Europa customers to redeem their miles for avios.

From which terminal will Air Europa flights depart? At the Madrid-Barajas airport, Air Europa bills on T1 (non-Schengen destinations and third countries) or on T2 (national destinations and Schengen), depending on the destination of the flights. Now he will check in at T4, where Iberia flights operate.

Routes. The Globalia company operates 69 national and international routes with 11.8 million passengers per year. Many of them overlap with those of Iberia and may change their schedules or disappear, even if the Air Europa brand is maintained.

Competition. In line with the previous point, the National Commission of Markets and Competition (CNMC) will have to weigh whether the proposal proposed by IAG further restricts competition in this sector, and impose restrictions on the operation, such as abandonment of routes or assignment of the same to third parties. On some national routes the situation would be a genuine monopoly if no measures are taken, according to consumer associations. And with this purchase, IAG goes on to control four of the first six airlines by number of passengers on domestic flights in our country (Vueling, Air Europa, Iberia and Iberia Express).

The airplanes. Unlike Iberia, whose fleet is almost entirely integrated by Airbus, Air Europa has an important Boeing fleet: 8 B787-8 aircraft, 21 B787-9 aircraft, 9 B737-800 aircraft and an order of 25 devices of the B737 MAX model , the controversial plane whose delivery has been suspended without date by the US manufacturer after fatal accidents in Indonesia and Ethiopia.

What about the trips managed by the Globalia group? Globalia is also integrated by the travel agency Halcon Viajes, the tour operator Travelplan and the BeLive Hotel hotel chain. Air Europa, which contributes 52% of the group's income, includes its flights in most of the tour packages that are now in the air. For example, Iberia is the main competitor of Globalia in the trips of the Imserso.

Jobs and handling. Air Europa employs 3,800 workers. In principle, the crew (pilots and cabin crew) will not be affected by the operation when the fleet is maintained. However, there may be duplications in maintenance and handling. The CEO of Air Europa, Javier Hidalgo, has sent an internal letter to the employees in which he assures that he will continue to operate separately, without integrating his workforce in any of the remaining IAG Group airlines, and that the operations will be maintained of maintenance and handling. In the first area, there are doubts that the A330-200 fleet will not be reviewed in the Iberia hangars. More problem still raises handling, in which the subsidiary of Iberia (Iberia Airport Services) is a direct competition of Groundforce, the subsidiary of Air Europa.

100% online and with 1% deposits to carry customers