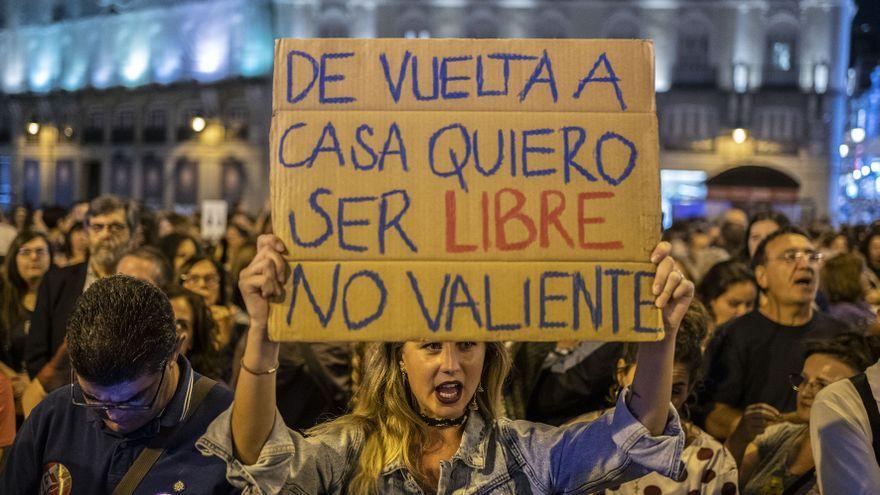 The so-called ‘only yes is yes law’ has started its process in Congress, submitting to veto attempts by the right wing. Both the Popular Party and Vox have submitted amendments to the entirety, which do not have sufficient support, so the rule will continue. For the popular, the law has an “evident ideological bias” and has presented an alternative text to the project that the Government approved last July, while Vox directly claims its return claiming that it involves “a witch hunt against men.”

The project of Organic Law of Comprehensive Guarantee of Sexual Freedom, which has reached the Lower House after a long process that began with tensions within the Executive, ends the distinction between sexual assault and abuse, defines consent and deploys a range of prevention and care measures for victims. The Minister of Equality, Irene Montero, has defended her at the beginning of the debate – “Spain needs this law”, she has said – and has reviewed “the innumerable reasons” put forward “to tell a woman that in reality she has not been raped” and she has wondered why “we prefer to tell a friend before a judge.”

The PP considers that the norm is “Manichean” and in its alternative text it is limited to modifying a couple of points of the criminal part of the law, before which several groups, including Citizens, who have announced their abstention, have made it ugly that uses the route of an amendment to the whole and not a partial one. The popular ones criticize the elimination of sexual abuse considering that “it supposes treating in a uniform manner any attack on sexual freedom”, and they oppose the definition of consent because it goes “against legal security and the principle of the presumption of innocence”. according to the deputy Marta González.

For her part, Carla Toscano, from Vox, has used her turn to deploy the denial arguments of sexist violence customary of the extreme right. He has assured that the norm “criminalizes men”, is “a witch hunt” against them and has ridiculed that the norm puts consent at the center: “Will it be mandatory to have witnesses during the sexual act? What specific signs will they have? validity so that a man is not accused of rapist?

Toscano, wearing a T-shirt that read #NoMetoo, has accused the Government of “indoctrination” to “continue fattening feminist beach bars” and has once again associated migrants with sexual crimes. “They tear their clothes defending women, but they promote the presence in Spain of people who come from cultures that do not respect them,” he said. And once again the specter of false accusations has stirred: “With this law, any of you [dirigiéndose a los diputados] they can end up in jail with a false report. Stop this visceral hatred of man. ”

Several deputies have accused the extreme right of “frivolizing” with sexual violence and the majority of the chamber has pointed to the need for the norm to be processed and improved. A rule with which Spain “will take a decisive step” and that supposes an “institutional response to a cry that women launched in the streets to a silent reality”, in the words of the socialist deputy Adriana Lastra, who has pointed out “the mockery and disparagements “of Vox to consent” in a country in which a violation is reported every five hours; they should be ashamed, “he told them.

Among the issues that Lastra has identified as improvable is that related to prostitution, and has announced that the socialist group “will ensure that all measures related to sexual exploitation are aimed at the abolition of prostitution.” The law has incorporated among its latest modifications the figure of the locative third party, which allows to persecute the owners of the clubs that enrich themselves with the exercise of prostitution, but it is not enough for the socialists.

In any case, this seems one of the debates that will raise the most dust during the process, since there are parties like Bildu or Junts per Catalunya that demand “a broader social debate” to address the issue that in their opinion has not occurred. “Prostitution is not relevant in this law, it is a pending issue, but it requires a calm debate,” said Isabel Pozueta, from Bildu.

De Jong: “We played with great intensity and attitude”