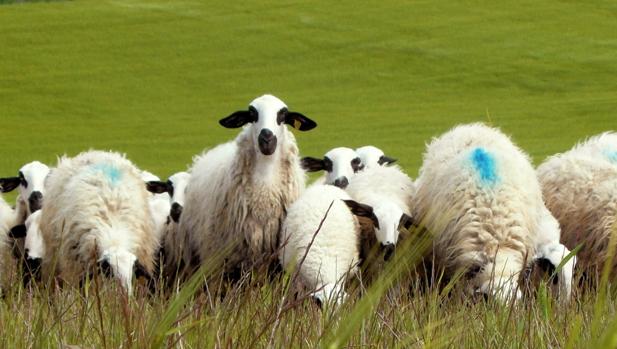 The dramatic situation of the sheep and goat sector (suckling pig, suckling lamb, lamb, veal …), largely dependent on the hotel and restaurant industry (the so-called “Canal HORECA”), has reached the Congress of Deputies and could become another open front in the Spanish field for the Government. Specifically, the Popular Party (PP) has presented
a proposal to be debated at the next session of the Committee on Agriculture
, once the parliamentary activity is recovering, and in which it proposes a series of measures to lessen the impact of the Covid-19. For their part, from Agriculture, they are finalizing the elaboration of a royal decree on sheep and goats whose new draft is scheduled to be presented this week after consultations with the autonomous communities.

In their proposal, the popular, propose measures such as “prosecute and penalize” possible abuses in the acquisition of meat and milk, request Brussels to give priority to private storage (freezing of meat products); «A public purchasing and public-private collaboration program» for hospitals or residences, advertising campaigns to promote the consumption of this type of product or, in collaboration with the sector, «open new international markets».

For its part, Planas plans to establish direct aid to sheep and goat farmers with more than 30 breeding females, as well as targeting trafficker farms and concentration centers for a maximum amount of 30 euros per animal, which is four months old or less and has left for the slaughterhouse between March 14 and the end date of the state of alarm (April 26, for the moment).

According to the deputy Milagros Alonso, popular spokesperson in the Agriculture Commission and former Minister of Agriculture of the Junta de Castilla y León, this aid would be “insufficient” and notes that “the sector has plummeted and exponentially reduced sales” and points out especially to the sheep. He has also regretted that the Executive does not count on the opposition, for the elaboration of the royal decrees as the last one on the hiring of temporary workers approved last week.

“Open markets” and public purchases
As the parliamentarian has explained, with two graphic examples, “with the suckling pig it either sells or ceases to generate profits” and adds that, in the case of the suckling pig, it is time to continue feeding it until it becomes a normal pig. In his opinion, private storage would only be a “point remedy” since there would be no freezing capacity even at the international level. “The release of this frozen meat to the market could devalue the product on the market,” he warned of a possible oversupply.

Alonso has opted to “work in parallel on various solutions”, including “opening markets” such as that of China for lamb and pork or Saudi Arabia in the case of lamb, with efforts at the highest level. He has also proposed betting on public purchasing, so that these products can be offered on the menus of hospitals, schools or in the army itself.

In this sense, the also former Minister of Agriculture and export speaker of the Junta de Castilla y León has opted to “talk to all the agents in the sector, listen to them, propose alternatives and that they become norms, to go into the royal decrees.” In this regard, it has announced the presentation of amendments in the next decrees that Agriculture will take.

The sector calls for “a strong economic injection”
From organizations such as Agro-food Cooperatives have shown their fear for “an insufficient budget” in the application of the decree that is being cooked in the Ministry of Agriculture would seriously jeopardize the viability of the sector or could be exploited “speculatively by some operators” . In this sense, in the absence of more specificity, this organization has opted for “a strong economic injection” and has slipped other proposals such as increasing the minimum thresholds for breeders present on the farm (30 females), from which these grants could be received.

Also, from Cooperatives, they have bet that the member farmers of a cooperative are not «penalized» as well as convincing Brussels to approve aid for private storage (freezing) and to reduce supply in farms and feedlots. In addition to developing a line of aid to increase replenishment on farms and rejuvenate herds. .