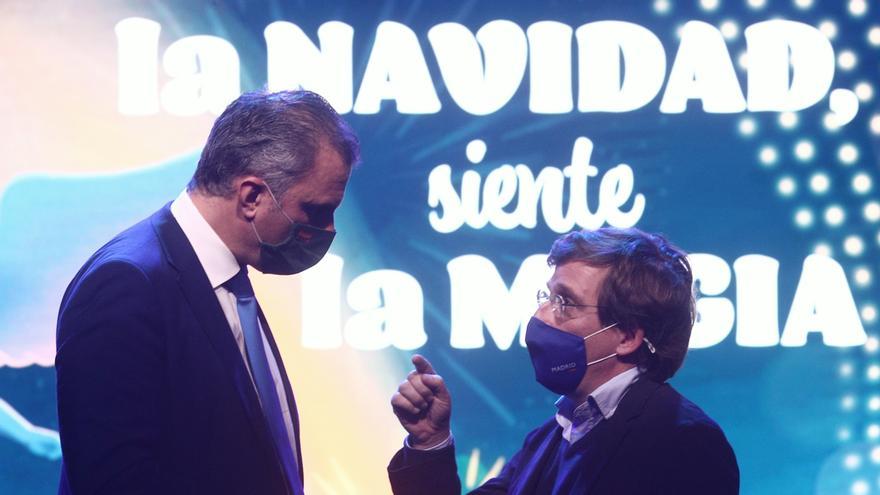 In the absence of a few hours for the final vote, it is already a fact that the budgets of the Madrid City Council for 2021 will go ahead. The mayor of Madrid, José Luis Martínez-Almeida, and the spokesman of Vox, Javier Ortega Smith have sealed an agreement before the extraordinary plenary session that gives the majority to PP and Ciudadanos to carry out the accounts. It is the first time that Santiago Abascal’s party has supported municipal budgets. A miscalculation of Más Madrid led a year ago that it was not necessary for the extreme right to give its favorable vote. Then he abstained.

The pact is signed by PP and Ciudadanos, the partners that make up the coalition government, but Deputy Mayor Begoña Villacís has taken down the photograph that PP and Vox have taken together this morning after signing the agreement. The mayor has justified that they are “a single government formed by two parties” and that “this staging is the one that has been maintained” since “the inauguration.” Ciudadanos has already refused to sign an investiture agreement with Vox in 2019.

“We want to thank Vox for its commitment to the city of Madrid, its generosity and its high vision to understand the situation we find ourselves in,” Martínez-Almeida said in a statement a few minutes before the plenary session began. Later, Ortega Smith took over, “satisfied with the agreement.” On one side of the room the alderman listened to him. With the agreement, also, PP and Vox pose together again after the break between Pablo Casado and Santiago Abascal in the motion of censure against Pedro Sánchez in the Congress of Deputies.

The negotiation between the parties has been carried out discreetly for weeks while the municipal government appealed to the left groups to agree to an abstention to maintain the climate of consensus that permeated the Villa Accords in July. Although the truth is that the corporation has not accepted any amendment from Más Madrid or from the PSOE. The four Vox councilors have not made their demands public or marked red lines. A situation quite different from that of 2019: the Plenary to approve the accounts was convened in extremis after being delayed for lack of agreement. The call this year was scheduled for two weeks.

The footprint of the extreme right in the accounts

Vox’s support for the accounts has come at a price. PP and Citizens accepted most of the amendments last Friday posed by the Ortega Smith group. Among them a new direct grant for an anti-abortion entity, Fundación Madrina; an extra reduction in taxes (the IBI remains at 0.456% and in addition aid worth 2 million euros will be given to “families that cannot afford to pay the bill”); and two proposals on domestic violence nuanced by the municipal government to eliminate direct references to men as intended by Vox. The far-right party also manages to “include indicators of results in order to know the impact of certain activities, such as gender violence programs, to determine whether they are effective or not.”

Another of the most controversial issues in the budget is the disappearance of direct aid to three historical LGTBI associations or the elimination of subsidies for self-employed associations (UPTA, ATA, UATAE). All of these grants will go out to the public during this year. Vox has also managed to get the Government to study next year the creation of a canal for rowing on the Manzanares River, despite the fact that the mayor ruled it out in 2019.

The accounts designed for 2021 shoot total spending to 5,066 million euros -the highest since the Alberto Ruiz-Gallardón stage- and investment, which reaches 489 million (52.7% more), to face the crisis of the coronavirus. But it also reduces revenue by 3.2% in a crucial year of economic difficulties due to a tax cut of 128 million euros that Vox has increased with its amendments. Along with the municipal accounts, the annual tax ordinances are also approved, which deepen the reduction of the Real Estate Tax (IBI) and reduce other taxes such as that of Economic Activities to the hotel trade and commerce.

Portugal, the first EU country to send its reform plan to Brussels