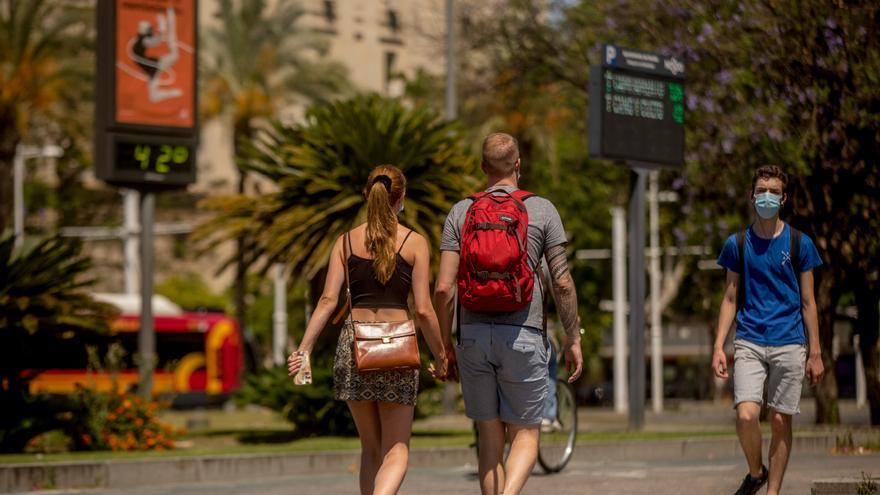 The summer season is approaching and with it the period in which millions of Spaniards will enjoy their vacations. It will be the second summer marked by the pandemic, although the outlook is, a priori, clearer than last year due to vaccination figures. Fifteen months of pandemic that have wreaked havoc in Spain due to loss of life and collective unrest that is being put to an end by recovering scraps of what is now called ‘old normality’. And there is no doubt that the tourism, the mere pleasure of leaving home and moving to another place, is part of the immediate wishes of many Spaniards: “There is a desire to travel”, Summarize the experts of the tourism sector. But, How will the post-Covid reality change an activity of such social and economic weight?

The pandemic, as in other spheres of life, is fueling the changes that are already sensed. Transformations that in the field of tourism speak of a client who, in addition to the destination, will analyze what differential value will be offered, flexibility and the possibility of establishing an active communication with the contracted agents, in addition to taking into account the environmental footprint of its own activity. In short, a much more demanding tourist. However, and especially in the short term, the ‘low-cost’ package, especially sun and beach, will continue to prevail, especially in the coming months, in which the tourism industry has placed its main confidence in the national market .

UK restrictions on tourism in Spain

The uncertainty is causing the reservations of Spanish tourists to be postponed, they point out from the sector, which has the first half of June marked in red, when Spain has opened its borders to all vaccinated tourists without the need to present PCR. The decision of the United Kingdom to keep Spain on its amber traffic light, out of the destinations considered safer, has been a blow. “We need the restrictions of the United Kingdom to be lifted on those destinations, which together with the Valencian Community and the Costa del Sol are the most important and those that are also presenting a lower accumulated incidence of Covid”, he highlights Jose Luis Zoreda, executive vice president and spokesperson for Exceltur, the Alliance for Tourism Excellence, which encompasses more than thirty of the most relevant companies in the field. According to data from Exceltur, each week without British tourists means that the sector stops earning about 380 million euros. However, hope is making its way into the industry. “We can recover 65% of the total activity in 2019, thanks above all to the national traveler,” adds Zoreda.

“Spaniards want to travel. There is not a problem of demand, but of a very diminished supply due to restrictions. What is being sold above all is proximity and coastal tourism “, he explains Carlos Garrido, President of the Spanish Conference of Travel Agencies (CEAV). The rising cost of air transport brings, along with the logical suspicion of many people to crowds, which that bet is reinforced, at least in the coming months, so we have closer. Destinations that, known or not, provide more security and that incorporate, in many cases, the travel trends that are presumed to be more relevant in the future. Less crowded tourism, which breaks with seasonality and must be based on criteria of greater ecological sustainability. “Our studies tell us that customers will increasingly look for outdoor products, adventure sports, and with social distance,” says Garrido.

“We are going towards a model of a tourist who, more than where he wants to go, is going to ask himself what he wants to do. The quality of the experience, the uniqueness and the authenticity, will be key concepts“, Sums up the vice president of Exceltur, who underlines the need to” reinvent “the country’s tourism offer through differential qualities in the form of new gastronomic, cultural and active experiences. “Our bet is to grow by added value, not by volume. In this way we will be able to compete with other countries of the Mediterranean arc such as Morocco, Tunisia or Turkey ”, highlights Zoreda. “The tourist of the future is going to be much more demanding, because he has more and more information, and the agencies have experience in offering him advisory work,” adds the president of CEAV. The digitization of all processesFrom the moment a possible destination is examined until the final experience is evaluated on social networks, it will be another key component, especially since the pandemic has stimulated the use of technologies that, such as ‘contactless’, streamline any procedure Travel. Despite all this, low-cost offers will continue to be essential, especially in a scenario of economic fragility such as the current one. The fact is that there is no shortage of proposals, because the desire to travel is still intact.