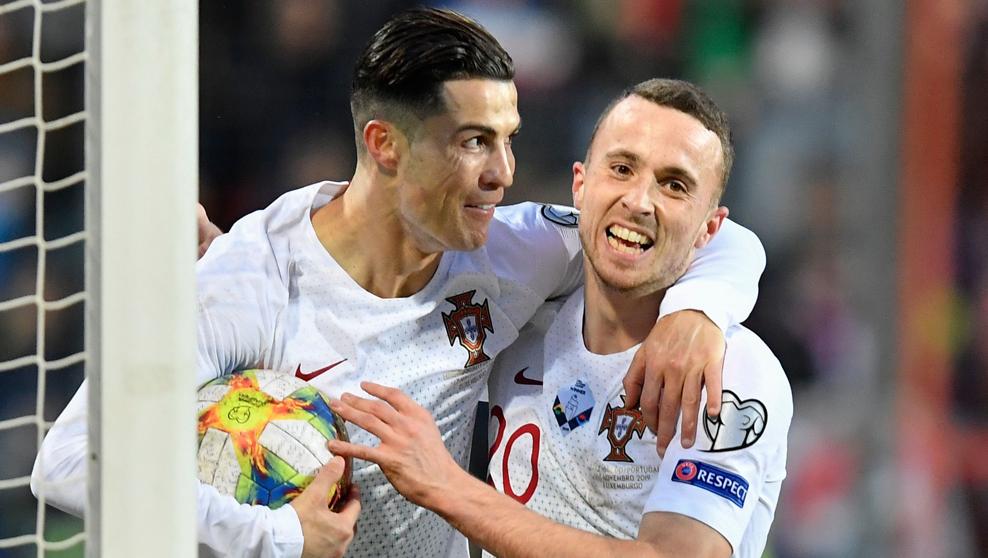 Portugal he managed this Sunday the pass to the 2020 Euro Cup winning 0-2 a Luxembourg and may defend the title which he won in the last edition of France 2016. It was a complicated match for those of Fernando Santos, who played against a Luxembourg team that had their opportunities and that did not make things easy for them.

The match served for Cristiano Ronaldo to score his 99th goal with the Portuguese team, which passes as second in Group B with 17 points, three less than Ukraine.

The first quarter of an hour was somewhat disconcerting for the Portuguese, who did not find the site, and Luxembourg created enough danger for the right wing, especially with good internships of the right back Laurent Jans, who plays in the Paderborn, Bundesliga colista .

In the 21st minute, Jans came by surprise to the Portuguese area and Rui Patricio saved his team with a good intervention. With a very high morale, Luxembourg again had a clear chance of scoring in 24 on the left wing of Portugal, where Ruben Guerreiro (Borussia Dortmund) was out of place.

Fernando Santos was desperate on the Portuguese bench because his team was not just right in the creation with Pizzi, Bruno Fernandes or Bernardo Silva to connect with Cristiano Ronaldo. And with the factor against a pitch in poor condition.

Precisely, it was Bernardo Silva who invented a measured goal pass to Sportinguista Bruno Fernandes, who beat the local goalkeeper in the 38th minute and gave oxygen to his national team and to the hundreds of Portuguese fans who came to see his countrymen.

After the break, Portugal was much more inspired than in the first half and in the first five minutes he already had clear chances to expand his advantage. Luxembourg only got rid of the visitor siege with a counter that almost always featured Gerson Rodrigues, a Dynamo striker from Kiev who was born in Portugal and was the best of his team.

Portugal did not just control the game, with Bernardo Silva and Fernandes very inaccurate in the pass, so in the 70th minute Fernando Santos withdrew André Silva to enter the young Diogo Jota, half a point that two years ago he sold Atlético de Madrid to the English Wolverhampton, club in which he has catapulted his career.

The peace of mind for the Russians did not come until the 85th minute, when Ronaldo scored his 99th goal with the "quinas". It was a shot by Diogo Jota inside the small area that Ronaldo riveted at the bottom of the net on the same goal line.

Incidents: Last match of the qualifying phase for Euro 2020, Group B, played at the Josy Barthel Stadium (Luxembourg).