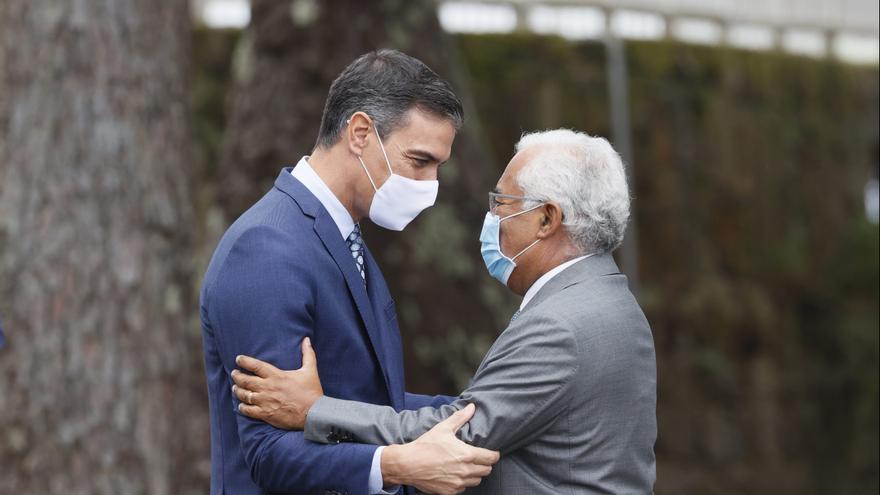 In Spain you rarely look to the west, that is to say, to Portugal. In recent years, the left has found reasons to do so. Before the motion of censure brought Pedro Sánchez to power in 2018, the path had been marked in that country with a pact between the Portuguese Socialists with the two parties to his left. One of them, the Communist Party, never felt very close to the Social Democrats. But in the end a parliamentary agreement was reached in which both parties set an example of pragmatism. The prime minister, António Costa, would try to reduce the budget deficit, while the partners would support him in the Assembly in exchange for measures that mitigate the social cost.

The Portuguese model has lasted five years. The Left Bloc (BE), with 19 seats, and the Communist Party (PCP), with twelve, voted Wednesday against the budgets presented by Costa, which marks the end of the Government. The president of Portugal, the conservative Marcelo Rebelo de Sousa, had already announced that he would call early elections in the coming months if the accounts did not go ahead. It is very possible that the polls will not offer a very different verdict than the current one and that the PS – now with 108 seats out of 230 – will continue as the most voted party, but with one caveat. The far right will become one of the main groups in the House.

It gives the impression that Spain and Portugal are traveling in similar directions. The question now is whether what just happened there will be repeated here. The Government of Pedro Sánchez is in the same position. It offers expansive budgets thanks to the anticipation of the arrival of European funds and its partners ask for more. To add another common topic of debate, the BE and the PCP also demanded a labor reform and the PS preferred to leave things as they are for fear of the reaction in Brussels.

Costa had offered an increase of 40 euros in the minimum wage to reach 705 euros per month, as well as an increase in health spending of 700 million. They were moderate offers, consistent with Costa’s insistence on maintaining fiscal discipline, but insufficient for his allies. The pandemic caused a drop of 8.4% in GDP in 2020, the largest suffered since the 1930s. The forecast for this year, which will probably be revised downwards as in other European countries, is for growth of 4.8%.

The Socialists fell within eight seats of the absolute majority in the 2019 elections. Many suspect Costa’s party is not alarmed by the prospect of an early end of the legislature. The latest poll just a few days ago does not guarantee much scope for their aspirations. It offers them 38%, two points more than in 2019, while the main party of the right, the PSD, remains ten points behind. The Bloco de Esquerda loses half of its votes with 5.1%. The coalition led by the communists remains in similar numbers with 5.6%.

The big difference compared to just two years ago is the irruption of Chega, the far-right party, which had only one deputy then and which could now become the third political force with 9.2%. It is another element that plays in parallel to the situation in Spain and that would be a propaganda trick that Vox will try to take advantage of.

The elections have no date yet. The Portuguese media believe that the most likely date will be between mid and late January.

The five years of the Costa Government should not be understood as a single period. Until the 2019 elections, there was an agreement signed between the PS and its two allies. The Socialists improved the results in those elections and decided to operate alone in the Government with specific agreements. That is, the reverse of what happened in Spain.

The strategy of the PS has not worked in relation to the vote that cannot be lost, that of the budgets, at the time when it is necessary to manage the economic recovery. The recent municipal elections, in which they lost the mayor of Lisbon, were already a warning that running to the polls is not a very smart bet at a time when the electorates have not finished overcoming the punishment of the pandemic and its economic consequences. As seen in Germany, they can react unexpectedly.

When Costa came to power at the end of 2015, the Portuguese right described his pact with the BE and the PCP as “gerigonça” (a sloppy improvisation). In the end, what has been a bungling has been the inability to reach a budget agreement that allows the completion of the legislature after having managed the first arrival of EU funds. The coalition government parties in Spain and their parliamentary allies can take note of what has happened in Portugal. The same thing is convenient for them to get away this time a bit from the Portuguese model.