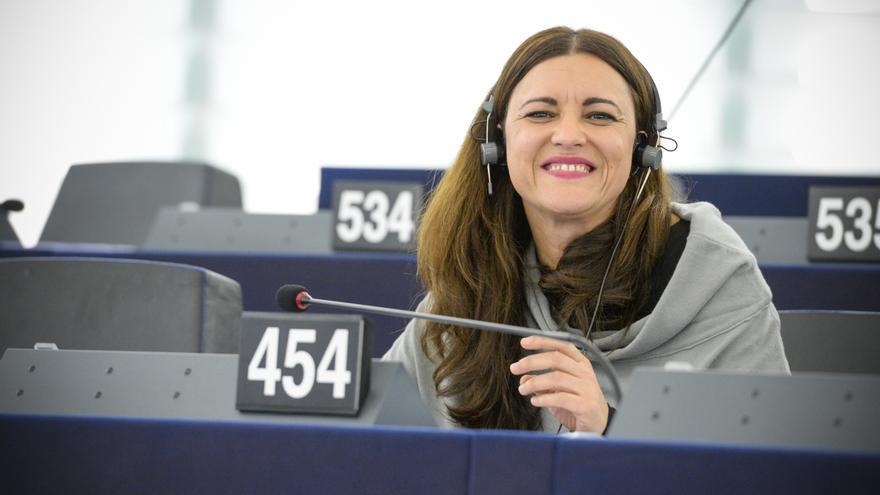 Just nine days before the general elections in Portugal, André Ventura, candidate for president of the Republic for the far-right party Chega !, has attacked his opponent Marisa Matías, MEP of the Bloco de Esquerda, in a campaign rally for painting himself lips, comparing her to a doll. As a reaction, throughout this Friday, different people, including members of the political class, artists and journalists, have uploaded photos to their social networks with their lips painted red under the hashtag #VermelhoemBelem, “red in Belem” (current residence of the President of the Portuguese Republic).

The allusions to Marisa Matías’ physical appearance are added to the controversial comments that Ventura had previously made about the General Secretary of the Communist Party, Jerónimo da Sousa, whom he described as “the drunken grandfather.” The political campaign of Chega! has been marked by alliances with other representatives of the far right at the European level, such as Matteo Salvini or Marine Le Pen, and the attacks on the rest of the candidates, but this latest comment on Marisa Matías has caused a wave of indignation in Portuguese society .

Pilar del Río, a Spanish journalist based in Lisbon, affirms that “it is very interesting that an insult has become a demand for democracy in the face of a candidate who is clearly not a democrat”, and she has also uploaded a tweet supporting the initiative, painting herself the lips “as a sign of freedom” and “in front of the extreme right”.

This protest has received the support of other Portuguese policies such as the socialist candidate Ana Gomes, who has shown solidarity with Marisa Matías by joining the hashtag with a video in which she comes out painting her lips in the car, despite being political opponents in the next elections on January 24th.

Not only women have wanted to express their outrage at these comments, many men, many of them political colleagues, have wanted to make their rejection clear, as is the case of Moises Ferreira, deputy of the Esquerda Bloc who has commented that “it seems that machismo is afraid of the red baton. ”

Marisa Matías has responded to the controversy in a public act thanking for the solidarity “towards her and towards all the women who have to suffer such comments” and affirming that “the insult that this man makes to women does not say anything about the women but it says everything about that man. ”