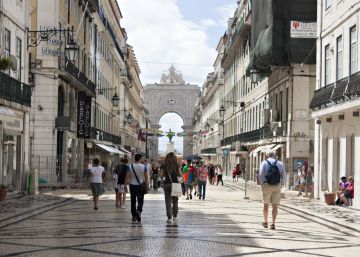 If nothing prevents it, the Portuguese Parliament approved in its last session of the legislature the end of gender discrimination to be able to remarry.

From 1966 the Civil Code made a distinction so that the man and woman who had dissolved their marriage could remarry. The man had to wait 180 days and the woman, 300. The difference was justified by the presumption of paternity-a legal concept that automatically attributes the paternity of the baby to the husband. In fact, the woman could marry in the same period as the man if she presented a medical report attesting that she was not pregnant.

In an opinion sent to the Parliament by the former state attorney general -in the long parliamentary process has been relieved in the charge-, Joana Marques Vidal states that "currently there are legal medical mechanisms that allow the rigorous assignment of paternity." For the jurist, "the internuptial term is discriminatory and as such unjustified and inadmissible".

For two years, the Socialist Party more the Block of Esquerda tried to modify the law, but the initiative did not add the Communist Party (PC), fundamental for the reform to move forward. The center-right groups were also opposed, Social Democratic Party (PSD) Y Popular Party (CDS). Finally, a consensus has been reached with PC and the PSD and in the last plenary session of the legislature, on the 19th, the discrimination of women in this chapter will end.

To reach the consensus of all parties, except CDS, deadlines have been eliminated. Either of the two members of the marriage can remarry one minute after signing the divorce papers. It is the initial solution that had offered the only deputy of the PAN (Animal People Nature), because the Bloco proposed to equalize the deadline in 180 days while the PS equaled it in the 30.

In spite of the opinion of ex-Prosecutor Marques Vidal, the presumption of paternity is maintained in the text as required by the CP and thus expand the consensus on the reform of the Civil Code, which may already enter into force in September.

Trump pardons Flynn, the general who pleaded guilty to lying to the FBI about the Russian plot