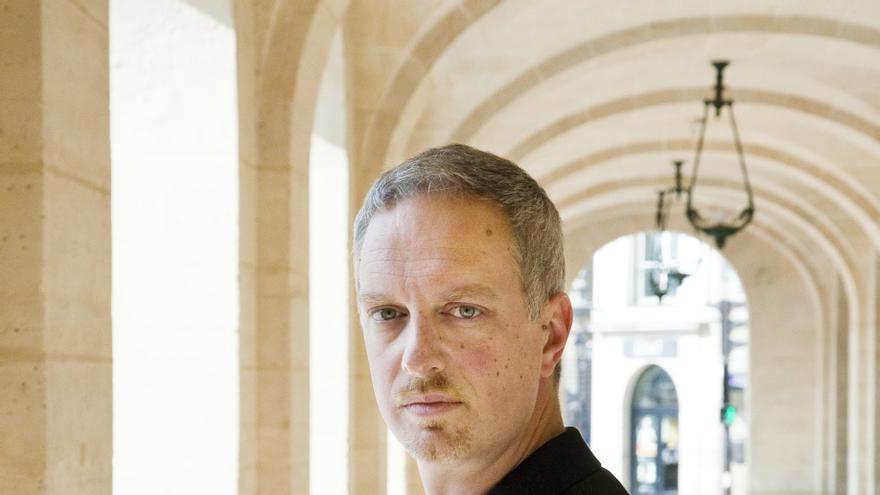 Rome, May 5 (EFE) .- Benito Mussolini founded fascism through a form of populism very present in our time and that is “still in an ascendant phase” in the Europe of the pandemic, says in an interview with Efe Antonio Scurati, the author of a monumental tetralogy on the Duce of which now comes its second volume in Spanish.

Scurati (Naples, 1969) continues to decipher the man who dressed Italy in the “black shirt” in this novel, which has already reached millions of people and will soon have its television version.

After his acclaimed first part, “M. The son of the century” (2018), the writer now publishes in Spanish “M. El hombre de la providencia” (Alfaguara), which tells how between 1925 and 1932 Mussolini took the reins of the country to fatally dismantle their democracy.

It is the moment in which fascism crystallizes into a dictatorship with the placet of the Church, industry or the Army and thanks to the “seduction” of a populism that, according to the writer, is still very valid and threatening in today’s Europe.

“I do not believe that the specter of fascism roams Europe (…) The shadow that is spreading is linked to a form of authoritarian right-wing populism,” he points out from his home in Milan (northern Italy).

QUESTION: Is Mussolini a consequence of his time or the other way around?

ANSWER: It is a crucial question. There is a very strong link between the time and the individual. It is probably a circular process, there is no single direction of causality, but the 20s and 30s of the 20th century precipitated Europe and the world towards a totalitarian project.

A: Too many people were seduced by the idea of ​​an individual with misplaced gifts who, with a brusque and violent gesture, could solve the great complexity of modern life. At its core, Mussolini’s totalitarian seduction carried a promise of simplification of life and that created enormous expectation and support.

Q: We speak of a very current behavior with politicians who promise easy solutions to complex problems.

A: Absolutely. One of the reasons for the great success of the book is that, although it talks about events from a hundred years ago, the reader uses it as a cognitive map to orient themselves in the present. It is not intentional on my part, but writing I feel those symmetries between then and today. But I think it is wrong to look for those similarities in the fascist trait of the current leaders. The populist trait is stronger. Mussolini was not only the founder of fascism, but the inventor of a typology of the populist leader that still dominates the scene today. And populist seduction always has an authoritarian trait, largely because it is founded on this promise of brutal simplification of the complexity of life and modern societies, this is very seductive and comforting for a large part of the citizenry, but also very misleading.

Q: Do you think the pandemic will give wings to populism?

A: The pandemic has represented a stopping point because, when the situation becomes serious, the peoples that have not lived through a historical drama for a long time turn to serious people and distance themselves from the most histrionic and propagandistic feature of politics. But in the historical parable, populism is still in its ascendant phase.

Q: But it seems that the end of the pandemic is near.

A: At the exit of the tunnel, a terrible economic and social crisis is expected that this pandemic has generated and of which we still do not perceive the consequences because we are still in an emergency phase in which the economy is supported by State aid. I do not want to say that the worst will come later, but we will have to face a very hard economic and social crisis for which there are no solutions and answers.

Q: Do you see the shadow of fascism in European politics?

A: I don’t think the specter of fascism haunts Europe. There are undoubtedly neo-fascist and neo-Nazi voices predominantly in Eastern Europe, but not only, in the West as well. In my opinion, the shadow that stretches across Europe is much larger and is linked to this form of right-wing authoritarian populism which, despite not descending in a direct line from historical fascism, has many characteristics, not all. For example, physical violence is not one of its characteristics and it was a fundamental, essential and original difference from historical fascism.

Q: In the newspapers, also in Spain, we read the word “fascism” every day. Is it exaggerated using these concepts?

A: Absolutely yes. I think that the irresponsible use of these terms denotes a regression of the dialectic and of the democratic debate. There is a polarization to the extremes also in a propaganda, childish way, which shows a weakening of democratic life.

Q: In your book we read how part of the press defended Mussolini at the time and it seems that the famous “Paradox of Tolerance” played in his favor. What do we do with populism?

A: Let’s fight with ideas, battles of commitment and citizenship. Fascism shows that we must understand that it is not something that democracy will hold for granted. In the last seventy years we have become used to assuming that democracy will exist, as if it were something natural, but it does not. Democracy is in a small part of the world, Western Europe and North America, it is recent in the history of humanity, precarious, threatened by many internal and external enemies and abandoned by many citizens already prepared to exchange it for a promise of protection.

We have perceived our individual existence as alien to a collective dimension. I think this bubble has burst today. We must regain a feeling for history, and that is why I write these books.