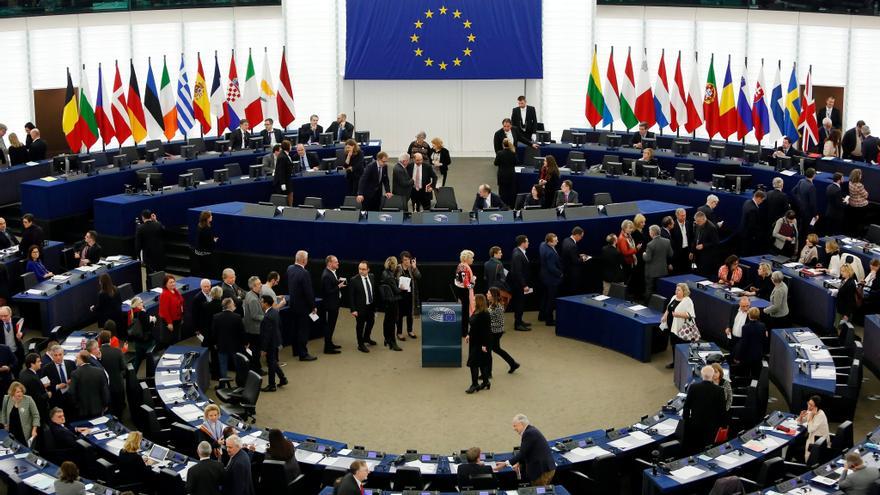 The Common Agricultural Policy (CAP) represents almost 387,000 million euros. The figure is about a third of the Multiannual Financial Framework (MFF; the EU budget for 2021-2027). Three-quarters of payments remain by area and the package consists of regulations on national strategic plans, the common organization of the markets; and the financing, administration and control of the CAP.

Most of the popular – except for the Spanish PP, which has abstained -; Socialists and Liberals voted in favor. By contrast, the majority of the Greens and the Left abstained. The extreme right split, although the vast majority voted in favor, while VOX voted against. The new common agricultural policy (CAP) It will come into force in 2023.

According to what was voted by MEPs, “at least 10% of direct payments must be used to support small and medium-sized farms, and at least 3% of the CAP budget must go to farmers. youths”. In addition, it calls for the creation “of a permanent crisis reserve – with an annual budget of 450 million euros – to help farmers in the event of price or market instability.”

“A European data extraction tool, to which the Member States will have access, will allow to know who are the final recipients of European aid and will help to detect the risk of fraud, crossing information stored in public databases”, says the European Parliament.

The current CAP regulations were extended after expiring on December 31, 2020, and were replaced by some transitory dispositions in force until the end of 2022. Once approved by the Council, the new regulations will be applicable as of January 1, 2023.

Socialist MEP Clara Aguilera, member of the Agriculture Committee in the European Parliament, has defended that the approval of the CAP “could not be delayed any longer, since the publication of all secondary legislation, at the beginning of December, that the Member States are urgently waiting to conclude their respective National Strategic Plans. ” These plans must be submitted to the European Commission before January 1, 2022 for the new CAP to take effect in January 2023.

“We Socialists have substantially improved the Commission’s proposal, promoting its social and environmental ambition,” the MEP stressed. It has also stressed that member states must “ensure that all agricultural workers receive the labor rights that correspond to them because, otherwise, they will not receive CAP aid. All programs must include gender equality” . In the same way, he has highlighted the policies aimed at young people, “the great challenge in the future of this CAP”.

The Spanish PP, for its part, has finally abstained. Its spokesperson on the matter, MEP Juan Ignacio Zoido, has stated: “This is still not the ideal CAP for the Spanish PP, mainly because it continues to be a CAP with much less funds than the previous one precisely when farmers and ranchers need it most, since they are going through critical moments with the prices of raw materials soaring and the electricity bill breaking records “.

Zoido also affirmed that with this new CAP the European Parliament is giving the Government of Spain “the necessary tools to support farmers once and for all, for which it will have to use all the flexibility that we have obtained from Brussels to adapt to the needs of the Spanish countryside ”.

The head of the Podemos delegation, MEP María Eugenia Rodríguez Palop, has argued her vote against: “There are no tools necessary to achieve the economic, labor and social sustainability of the sector, or to meet the climate objectives set in the Pact Green and its Strategies (From Farm to Table and Biodiversity). We cannot support a CAP that continues to favor large companies and large owners over small and medium farmers and ranchers. Regarding environmental requirements, they are neither at the height of the climate emergency nor do we offer sufficient resources to the sector to transform its practices and be economically sustainable “.

The head of the IU delegation in the European Parliament, Sira Rego, has explained her contrary vote as follows: “It is a proposal tailored to the field employers, which continues to protect sofa farmers and turns its back on the crisis ecosocial. This new CAP is born obsolete. The regulation has been negotiated since 2017 and will not come into force until 2023, therefore, it is not adapted to not only environmental requirements, but also to the reality of the field. ”

The vice president of Los Verdes, Ernest Urtasun (Catalunya en Comú), has also voted against: “They want us to believe that it is a sustainable reform of the CAP, but a powerful pressure group from intensive agriculture, and the governments and the MEPs at their service, have done everything possible to preserve the status quo, resisting at every step additional safeguards and diluting the rules of environmental conditionality. ”

The MEP for Citizens and spokesperson for Agriculture in the European Parliament, Adrián Vázquez, explained the vote in favor: “I appeal to the thousands of women and men who leave their skin every day in the field so that we have first-rate food and Excellent quality in supermarkets to understand that it is a necessary CAP. I am aware that this new CAP is not perfect, but also that it guarantees the legal and financial security of our primary sector, which maintains the productive capacity of food in the Union while ensuring that farmers and ranchers do so under fair economic conditions and respectful of the environmental objectives of the Green Pact, without losing the social sustainability of the rural environment “.