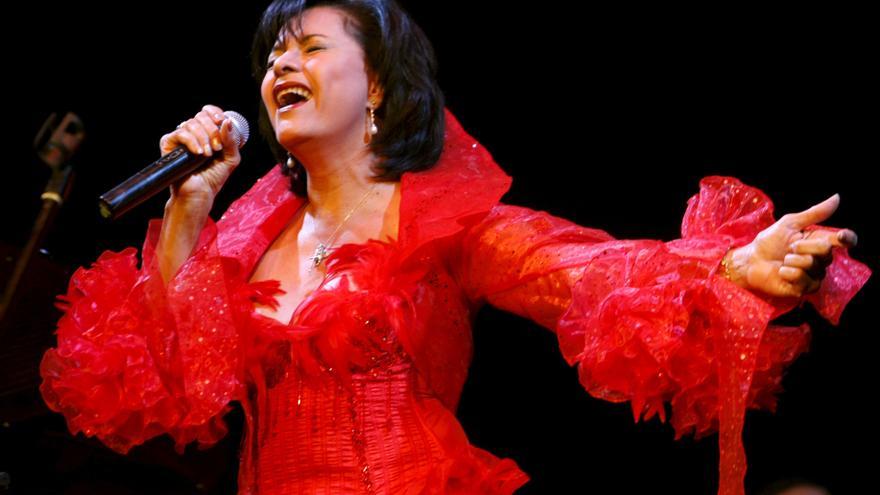 Havana, Dec 30 (EFE) .- The popular singer Farah María, known as “La Gacela de Cuba” and who was an icon of the island’s musical scene since the sixties of the last century, died this Wednesday in Havana at 76 years of age.

“Farah began her career very early and was a symbol of Cuban grace, sensuality and mestizo beauty. She was a remarkable singer who knew how to choose her repertoire and showed her undeniable elegance and dominance on stage,” declared the Cuban Institute of Music (ICM) on your Facebook account.

Fara García Callava, who adopted the artistic name Farah María, joined the body of models of the famous cabaret of the Habanero hotel “Capri” and in the 60s was the female voice of the quartet led by the composer Meme Solís, with whom she jumps to popularity on the national scene and outlines his style as a soloist.

Her official biography marks 1969 as the year of her release of this vocalist who was characterized by combining her vocal performance with gestures and stage movement.

The artist, a symbol of elegance, brought together in her repertoire the most diverse genres and Cuban musical rhythms -sones, guarachas and the international cha cha chá- but also cultivated the romantic song, with outstanding pieces such as “And I die without you” and “I love you so much love.”

His interpretation of the picaresque theme “El Tiburon” or his versions of the tango “Adiós muchachos”, from “La flor de la canela” by the Peruvian composer Chazbuca Granda and “El mayor”, by Silvio Rodríguez are always remembered.

Authors such as the teacher Adolfo Guzmán, the commander of the revolution Juan Almeida, Juan Pablo Torres and Eddy Gaytán, among others, created songs specifically for her.

Several media on the island commemorate her recitals at the “Amadeo Roldán” theater in Havana and her presentations on the main nightclubs in the capital, where many admirers followed her.

He transcended the Cuban stages with artistic tours of Italy, Mexico, Panama, Colombia and Spain, among other countries.

A couple of decades ago, Farah María lived in Spain and there she shared with Spanish artists such as Carlos Cano, Caco Senante, Enrique Morente, Pepe Habichuela, Miguel Ríos, Joaquín Sabina, and the Cuban Pablo Milanés.

She participated as a guest in different concerts and worked on radio, television and theater, and performed within the Extremadura Theater Network, in Badajoz and Cáceres.

His last two albums were produced in Spain, one under the title “Qué Manera de Quererte”, of Cuban music, and the other “Farah María sings the Spanish bolero” is a compilation of pieces of the genre signed by Maestro García Morcillo.

In his record portfolio he had more than 500 songs recorded in Cuba gathered in four long durations, one of them dedicated to the music of the author René Barreras, and the most recent one dedicated to the son and anthological works of the old Cuban trova.

She represented Cuba in numerous national and international events, festivals and competitions and also participated as an actress in Cuban films such as “The Headless Horseman” and “Green Green”.