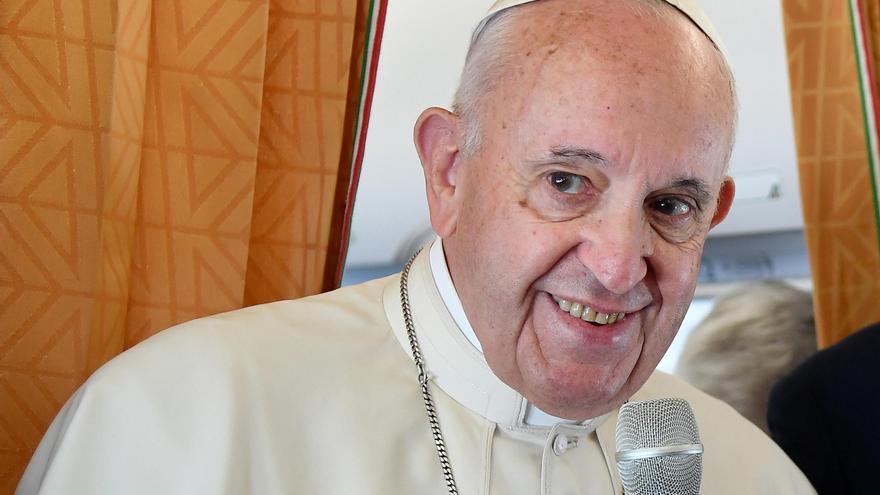 Pope Francis’ first trip since the pandemic will be … to Iraq. A surprise news, which has been maturing in recent months and which has been confirmed after the elections in the United States and the defeat of Donald Trump.

“At the invitation of the President of the Republic of Iraq and the local Catholic Church, Pope Francis will travel to the country from March 5 to 8, 2021, visiting Baghdad, the UR plain, dedicated to the memory of Abraham, the city from Erbil (capital of Kurdistan), as well as Mosul, Qaragosh and Nineveh “, affirms the director of the Vatican Stampa Hall, Matteo Bruni, announcing what will be a journey full of symbolism.

Because Iraq is one of the countries that has experienced the pandemic hardest, and Francisco wanted his first trip abroad to be to one of the coronavirus centers. Spain was even raised, since the US and Brazil are ‘vetoed’ for Bergoglio, but Iraq was finally chosen, due to its strong religious symbolism and as an explicit support for the return of Christian communities, which fled under the harassment of the Islamic State.

It will be the first trip after fifteen months of suspension of pilgrimages. A destination that Bergoglio had wanted to get closer to for years. He already said it on June 10, 2019, during a hearing. “An insistent thought accompanies me thinking about Iraq,” he said, sharing the will to go in 2020, “so that I can look forward through the peaceful and shared participation in the construction of the common good of all the religious components of the society and relapses into tensions that come from the never calmed conflicts of the regional powers. ”

A possibility that seemed more and more concrete, when on January 25, 2020, the Pope received Barham Salih, President of the Republic of Iraq, at the Vatican, but was held back by the global pandemic. Among the objectives of the trip, the Holy See pointed out in its day, was “to promote stability and the reconstruction process (in the country), encouraging the path of dialogue and the search for adequate solutions in favor of citizens and respecting to national sovereignty “. Central “the importance of preserving the historical presence of Christians” and “the need to guarantee their safety and a place in the future” of the country.

In addition to the visit to Baghdad, the stay in the Ur Plain of the Chaldeans, Abraham’s homeland, will be highly significant, as well as the arrival in Qaragosh and Nineveh, the epicenter of the persecution of Iraqi Christians. The choice of Erbil, the capital of Kurdistan, also wants to be a support for the demands of the Kurds, caught in an endless war, and the harassment of Turkey.