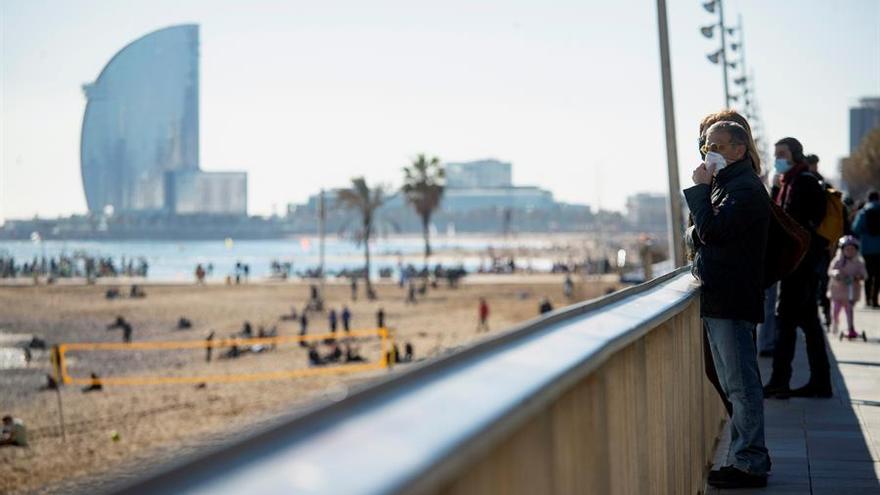 For the first time in 20 years, pollution in Barcelona did not exceed the maximum values ​​recommended by the World Health Organization (WHO) in any of the city's air quality stations. Nitrogen dioxide levels (linked to vehicle traffic) fell to record lows during 2020, a year in which mobility was greatly reduced in the city due to the pandemic.

The portal Barcelona pollution has published its 2020 results this Monday and shows that NO2 pollution fell by 28% in traffic stations and 25% in the so-called background stations, located on streets where car smoke does not affect so directly to the meters. Pollution by PM10 particles was also reduced to historical lows, although the fall was not so pronounced and the levels recommended by the WHO were exceeded in the aforementioned traffic stations, located on two busy streets.

The study itself admits that the data recorded in 2020 are "exceptional" due to the outbreak of the coronavirus and points out that, to continue complying with the recommended values, traffic should be reduced by 12% compared to pre-pandemic levels to ensure that it complies with the values ​​established by the European Union. To put it in context: the volume of traffic should be, at best, slightly higher than that registered between September and December 2020, when many Barcelonans continued to work at home, a large part of the restoration was closed and tourism was practically non-existent in the city.

Regarding noise, the 2020 study also reveals that a maximum of 4.9 decibels was reduced, reaching levels below what the WHO recommends in a few weeks. Still, the report notes that noise levels have recovered "rapidly" in the city as the population emerged from total lockdown in late spring. The yearbook recalls that, according to the latest available data (2017), 57% of Barcelonans live above the recommended noise levels.

The report concludes that the pandemic has generated an "unprecedented" crisis of confidence in public transport for fear of infection. When compared to pre-pandemic values, the use of this transport network has dropped by 54% and is not expected to recover during 2021.

The predictions predict that this year the use of public transport will be between 68 and 80% compared to the levels prior to the outbreak of the coronavirus. "The low levels of use have led to an economic crisis that could put the transport system as a whole at risk and the investments made to improve the network," says the yearbook.