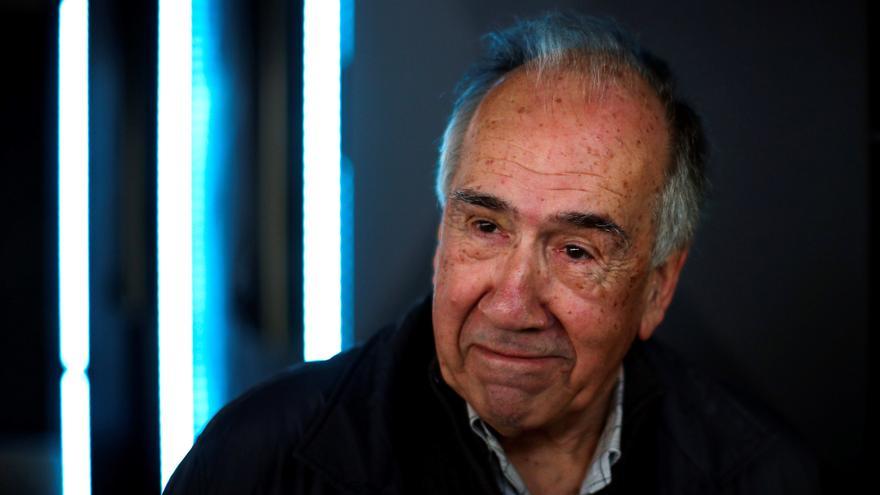 Madrid, Feb 16 (EFE) .- Culture and politics have lamented on social networks the death this Tuesday of the poet and architect Joan Margarit, 2019 Cervantes Prize, at the age of 82 due to a cancer that he suffered a long time ago, and have remembered his verses.

The Prime Minister, Pedro Sánchez, has deeply regretted the death of Margarit, whom he remembered as “the architect of words.”

In a message written in Catalan on his Twitter account, the Prime Minister has indicated that the genius of Margarit’s pen has always been accompanied by the esteem of the readers.

“One of our most widely read and beloved poets, leaves a great gap in our literature,” adds Pedro Sánchez in his message, while the second vice president, Pablo Iglesias, has assured: “Rest in peace Joan Margarit, voice and letter of a epoch”.

Also the president of the Congress, Meritxel Batet, has expressed her enormous sadness for the death of the “immeasurable” Joan Margarit: “his poetry has accompanied me all my life, his literature will always be part of my sentimental biography”.

The Minister of Culture, José Manuel Rodríguez Uribes, was one of the first to react to the death of the Catalan poet on his Twitter account: “What a great shame! Rest in peace, dear Joan,” he said minutes before extend your condolences through a statement.

“I remember your sympathy, dear Joan, your intelligence, your tenderness, your love for your family … You were already ill although your vitality and your humor hid it. Thank you for having given me the opportunity to meet you and love you”, expressed the Minister.

Likewise, the Minister of Equality, Irene Montero, recalled her verse “freedom is a library” and said: “We still have your works”, and “may the earth be light for you.”

The mayor of Barcelona, ​​Ada Colau, has fired the poet Joan Margarit with a tweet in which she wrote: “Rest in peace Joan Margarit, dear poet”.

The mayor has accompanied her condolences for the death of the poet with the verse: “Sure, doncs, that here s’ha d’acabar that narration. Ho fa amb l’alegria que a vegades anomenem bellesa. Or poetry.”

Also the Deputy Mayor for Culture of the Barcelona City Council, Joan Subirats, has written on his Twitter profile: “Joan Margarit has died. My heartfelt tribute to this great poet (and magnificent professor of structures at @ETSABarcelona).

The PSOE has also reproduced some verses by the poet and has assured on his Twitter account: “Joan Margarit is leaving, but we still have her word architectures.

The president of Ciudadanos, Inés Arrimadas, has assured “Joan Margarit, one of our greatest poets in the Catalan and Spanish languages, has left us” and recalls that just a few months ago she received the Cervantes Prize from the Kings in recognition of an extraordinary career.

Meanwhile, the PP deputy Cayetana Álvarez also recalled some verses from the poem “Love and Survival.”

On the part of cultural institutions, National Heritage, where he received the 2019 Reina Sofía Prize for Ibero-American Poetry, has recalled his emotional texts with titles such as “Mysteriously happy” or “To love is where ….”

The Círculo de Bellas Artes has also recalled how the poet opened the reading of Don Quixote last April on the occasion of Book Day that, “because of this pandemic, it was only online.” Goodbye, poet, this institution says goodbye.

The Alberti bookstore has also remembered his “voice of thunder” when he read poems in this establishment.

The writer Fernando Aramburu has expressed his gratitude for “the deep and so often painful words of the teacher on the day he leaves us” and the poet Elvira Sastre has recalled that with his death “the future” has also died a little: “I owe him things that I never told him but that he knows: clairvoyant, eternal, human. ”

Ismael Serrano has also expressed his sorrow and recalled his verses dedicated to his daughter Joana, of “a heartbreaking beauty.” “One of the great poets of our time is leaving,” he indicated.

The writer Benjamin Prado also lamented that “a teacher and a great friend are leaving.”