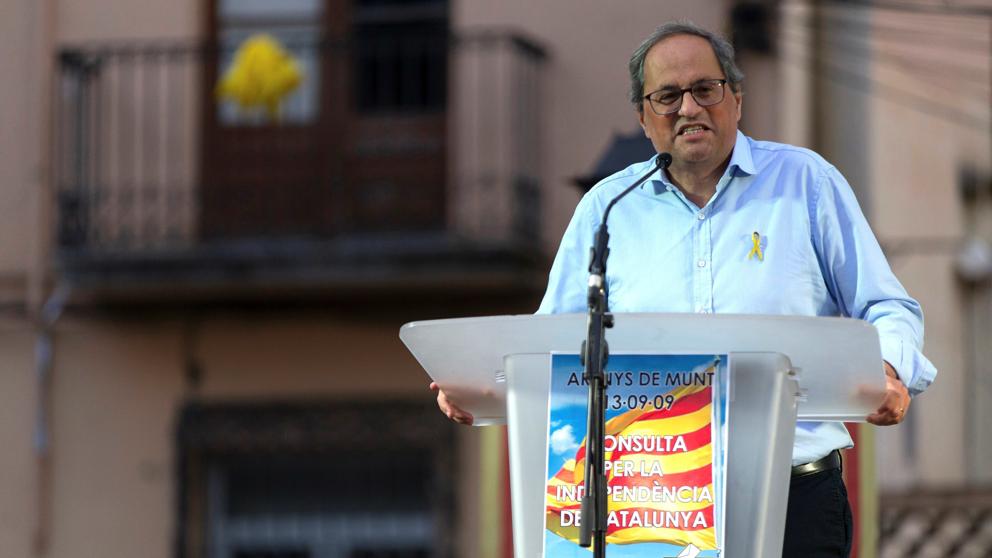 Self-criticism exercise of the president of the Generalitat, Quim Torra. "We politicians have not been up to par," admitted the head of the Catalan Executive on Friday to commemorate the 10th anniversary of the first independence consultation in Arenys de Munt (Barcelona), which opened a cycle with more than half a thousand consultations on independence and opened the way to the Catalan National Assembly (ANC) and the Association of Municipis per la Indepenència (AMI).

"We have to do self-criticism because we have not been able to live up to the citizenship, we have to recognize it," he said to hundreds of people after stressing that, in his opinion, "the political class must learn to fulfill the commitments it takes against the citizenship".

Before the hundred people who congregated in an act that paid tribute to "the reprisals for the 1-O", Torra called "stop prostituting the words." "It has to be clearly said that the goal is independence, the thousands of people who demonstrated for the Diada were very clear and this is what we have to do," he said.

In this regard, the president of the Generalitat, who praised the consultation of Arenys de Munt as an "example to follow," stressed that the goal of independence must be addressed "without fearing threats and consequences."