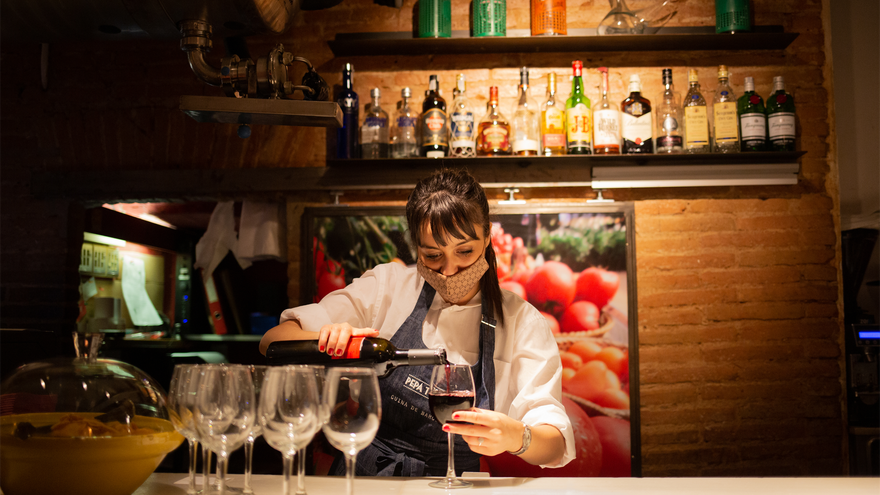 That the alcohol industry influences the public health policies of countries is well known. The last demonstration took place just a few days ago in the European Parliamentwhere a majority of deputies supported withdrawing from the European Plan Against Cancer the references, supported by overwhelming scientific evidence, to the fact that the consumption of alcoholic beverages is always harmful to health, even in small quantities.

The final report only alludes to the risks of abusive intake after the amendment led by the PP MEP, Dolors Montserrat, not to "criminalize wine, cava and beer", as she herself wrote in a tweet in which defends "moderate consumption and our recognized Mediterranean diet". The maneuver is not new. A research published on February 1st in The Lancet reveals the potential for the industry to rein in regulations. In most cases in a hidden way, filtering their interests, as in this case, in the declarations of the countries responsible for regulating consumption.

One of the theses is this assumption that there is an acceptable, non-harmful amount of consumption, but there are more. The researchers cite the following: "Promote responsible consumption because it is beneficial, drinking excessively is the main problem, focusing the problem on young people or people who drive, warning about the costs of changing the labeling or refuting the available evidence".

"Politicians have managed to modify a scientific report prepared by an accumulation of evidence that is impossible to contradict. Everything works like this: with tobacco, alcohol, sugary drinks... We are used to it and it is what we already know," laments Iñaki Galán, a researcher at the National Epidemiology Center, regarding the European case.

The following sentence disappeared from the European Plan against Cancer: "The WHO recognizes that there is no safe level of alcohol consumption with regard to cancer prevention and insists on the need to take this into account when designing and applying policies of prevention". In the vote it did not influence so much if the MEPs were from the right or from the left. The amendments were fundamentally supported by representatives of wine-producing countries (Southern Europe, France, Spain...). "For me, the headline of all this is that the politicians who have voted against this report – which is not binding – do not actually defend the interests of the citizens but of the industry," says Galán.

The direct result of these messages, says the epidemiologist, is that "people do not know how to differentiate the risk they assume." "With all this misinformation, one might think that moderate consumption is even good and we know that for cancer there is no safety limit, but the industry takes advantage of the fact that it is something cultural, closely linked to the socialization of a country like Spain," he analyzes.

The evidence is clear and speaks of a direct relationship between alcohol intake and cancer, even in small amounts. The moderate consumption of alcohol, raised by Montserrat and the industry and which is specified in an amount of less than two beers a day, caused 100,000 tumors in 2020. They are 15% of the cancers generated by drinking these drinks, which in turn are behind 4% of all cancer diagnoses that year, according to a study published last July in the journal The Lancet Oncology.

However, the scientific arsenal has not significantly curbed the industry's ability to pressure governments. Researchers Pepita Barlow, Deborah Gleeson, Paula O'Brien and Ronald Labonte analyzed 212 declarations from World Trade Organization (WTO) countries on new labeling policies proposed by 10 governments between 2010 and 2019. Specifically, they scanned the discussions of the Committee of Technical Barriers to Trade (TBT), created in 1995 to "combine the defense of regulatory policy objectives and respect for the essential disciplines of multilateral trade".

According to the conclusions, only in 3.3% of the statements did the countries openly acknowledge that they were incorporating the theses defended by the industry. In 55.2%, 117 statements, arguments were found that respond to the interests of the producers but without explicit references to them. "Although the WTO countries seem influenced by the interests of the alcohol industry, only a minority alluded to their demands, which suggests that much of the influence is indirect," concludes the study, published on February 1. Most of the allegations were made by rich states (countries of the European Union, the United States or New Zealand), adds the investigation.

Labeling is the great workhorse of alcoholic beverage producers, says Galán. "The alcohol industry is very afraid because they think they are going to be labeled as harmful, but it's true. They don't want to assume it, they are comfortable in this phase marked by the message that excessive consumption is harmful but moderate consumption is fantastic."

It is true that there is low-risk consumption, which minimizes harm, but it is never zero. The Spanish Society of Family and Community Medicine (Semyfc) recalls that this "moderate" intake is situated at two units of alcohol per day in men and one in women, which is equivalent to one or two 100 cl glasses of wine or 250 cl of beer. "This consumption supposes a risk of mortality of 1/100, which by consensus is considered acceptable in the case of voluntary behaviour", says the Semyfc.