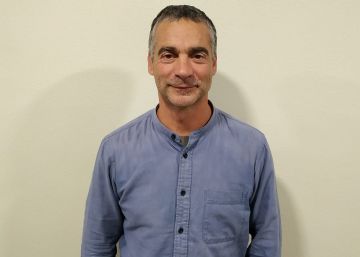 Last October Gonzalo G. Barberá (Cartagena, 53 years old), a scientist at the Center for Edaphology and Applied Biology of Segura, of the Higher Council for Scientific Research (CSIC), resigned along with other researchers from Mar Menor Advisory Committee which had been created in autumn 2016. They left it after the last crisis in the lagoon where thousands of dead fish and crustaceans appeared on its banks. “We were not an independent body as a scientific committee should be,” he explains. Barberá, an expert in the discharges of water that reach the Mar Menor of the Quaternary aquifer, advocates a long-term solution that gets the involvement of farmers.

Question. Is the new decree law useful for anything?

Reply. Something can contribute but it is difficult to make a good law in two months. I also believe that in Spain we have too much faith in laws and regulations and we place little emphasis on how to apply them, on instruments and on human resources. The key to the issue is the involvement of the agricultural sector. It is much more important that they be the engine of change to 100,000 rules. The document states that it cannot be fertilized in 500 meters, but I doubt that the impact of applying that measure has been evaluated. It is not that it seems bad to me, but in all the North Shore, about 18 kilometers, there is nothing, and in the South, there are two zones that are protected spaces. Keep in mind that, in the end, nitrates do not enter the Mar Menor per surface but arrive from below, of the aquifer full of nutrients. It is when it rains when the fertilizers that are in the soil are dragged and reach far beyond, even 30 kilometers. Therefore, its effectiveness is limited.

P. What are the problems of this salty lagoon, the largest in Europe?

R. Basically, hyperintensive agriculture that generates runoff with a lot of nutrients. As for the wastewater in 2000, there were problems, but now it is very marginal, although there is a sewage treatment plant such as Torre-Pacheco that overflows at some times.

P. Is there any way to put a brake on them?

R. We need a very long term solution. A problem of 50 or 60 years ago needs very thoughtful measures and the involvement of the sector. It is a very slow process. We have an aquifer with a lot of water that continues to discharge to the Mar Menor and that is not so easy to relieve in a month or a year. It is necessary to build infrastructure that is very complex from a technical, economic and legal point of view. Politicians believe that everything is fixed with a button.

P. Are there farmers who are changing?

R. I know particular cases that have an interest in changing fertilization policies and are concerned. I don’t know globally.

P. Are they connected to the civil part of society?

R. In our center there was a scientific committee, but we have lacked to offer structured information to society, especially to farmers. There has been no communication architecture. In the Cartagena Field, the technical level of farmers is very high both in logistics and in the market. His capacity for dialogue is very good, but the problem is in agrarian leadership, which is very poor. Many farmers are ahead of the agrarian and patronage unions and the lobbies That move all this. Farmers defend their own and will minimize their cost, but we would be moving forward.