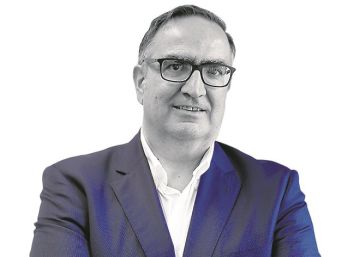 What have we done to deserve this! This is the first thing that comes to mind when at the edge of 12 noon yesterday the alert goes off: “Justice knocks down the restrictions on Madrid from the Sánchez Government.” The day before, shortly after 12 noon, another alarm went off: “The judge in the case Dina asks the Supreme Court to investigate Pablo Iglesias for three crimes.” Coincidences, or not, that the great Mariano Rajoy would say, both news emerged while the Minister of Health appeared in Cortes and the President of the Government presented the Reconstruction Plan.

It is urgent that the PSOE and the PP, welcome to the rest, reach an agreement to remove from the courts what is happening in the street. It is unbearable for the citizen to be called to the polls every so often for politicians to decide the plans of the community, an achievement that we have not just assessed in due course, and then verify that reality, that his life, is deliberated in the courts, this without going into how the highest instances of the magistracy are built, also stopped by political incompetence.

The battle between the governments of Spain and Madrid, with the health of Madrid as a game ball, is the most unfortunate that has happened to us in decades. It is difficult to side with Mrs. Ayuso. “It is not about confining the one hundred percent so that the one percent heals,” he told ABC. What were you thinking when you said that 6 million people cannot be confined to prevent 60,000 from dying? “It’s the friendly market”, said Rodrigo Rato referring to the banking disaster of the previous crisis. But it is not easy to defend the government when the good-natured Salvador Illa comes face to face with the courts. Who advises them?

It is hard that everything ends up in the hands of judges thanks to incompetence and political corruption. We deserve that the EU calls our attention like Hungary, that great democracy where the government has closed the university sponsored by George Soros on the grounds that it does not like it.

Every day we witness the explosion of one of the bombs planted by former commissioner José Manuel Villarejo or the shock wave of the last political fight between the left and right blocs led by beardless.

It is incredible that at this point we have the Head of State, emeritus and practicing, frightened by judicial proceedings opened in Switzerland and Spain, where it is deliberated whether the Commander-in-Chief took it raw or not, and behind the Treasury, at the same time who served as the great ambassador of Spain. It is incredible that the Vice President of the Government Pablo Iglesias is in the media giving amazing explanations about the theft, content and destruction of the mobile phone card of a collaborator, an episode that has led him to a pseudo-imputation by a magistrate of the National Court who has transferred the case to the Supreme Court. All because the content of that card appeared at Villarejo’s house.

It is incredible that the former president of the Government Mariano Rajoy is awaiting the latest revelation of the Kitchen Case. A case that starts from the compulsive recordings of Villarejo and other testimonies that would show that, at least the Interior Minister Jorge Fernández Díaz, organized a plot in charge of our taxes to spy on Bárcenas and destroy incriminating evidence for the PP. Half of Rajoy’s team is in a living situation for this summary; that they tell María Dolores de Cospedal and Soraya Sáenz de Santamaría, the competitors of the Deputy for Ávila.

It is incredible that Iberdrola and BBVA have their legal teams bogged down in a summary that shows that both companies, emblems of this country, hired Villarejo for unspeakable purposes.

There are many more cases, remember everything around the PP in Valencia and Madrid, as well as the plots in Catalonia to finance Convergence and the Pujol family.

All of this paints a bleak landscape. The least adequate to put himself in the hands of our political leaders and follow them with the faith of the blind man who walks on the edge of the precipice with the absolute certainty that, with them, his greatest problems will be solved: stopping the pandemic and recovering the economy.

What will the governments of Holland, Sweden, Denmark and Austria think, those from which Germany and France ask for money to get the Spanish out of the hole? Better not empathize with them.

On Wednesday, Pedro Sánchez, presented the Recovery, Transformation and Resilience Plan of Spain # PlanEspañaPuede. A Reconversion Plan, which is shorter and to the point, which suffers from a chapter 0, called the Democratic Regeneration Plan.

We already know that the intentions of the President of the Government are the best, it was only missing, but what sense does it make to convene the best of the Spanish business community at 11 in the morning, and then leave them hanging for more than 40 minutes and not give them the floor. That only happened in the 16th century, in El Escorial, with Emperor Felipe II, who received his subjects on a one-meter platform and without a reply.

Spain is a young democracy (here it is not a compliment) from southern Europe (it means poor), which now more than ever will need the support of its neighbors to survive. Today, the country works thanks to the money from Europe and if we continue like this we will have to ask with a cardboard on which it says: “It is for eating, it is not for drugs.” Corruption is the biggest addiction.