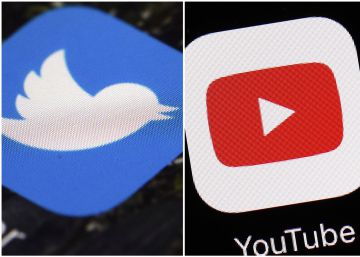 The televisions that broadcast in open live fundamentally of the announcements, a business to which the giants of the Internet have given an enormous blow. Google and Facebook are two global showcases and their share in the advertising market does not stop growing. They absorb three quarters of the advertising on-line, a segment that in the United States exceeded television advertising four years ago. Spain resists. The small screen maintains its hegemony, despite the fact that the distances are gradually shortening: last year the volume of Internet business reached 1,700 million euros compared to 2,100 of television.

The bite that large Internet operators have given to the advertising cake has impacted the income of other competitors. Two years ago Google billed for the ads more than the written press worldwide. But what is now under discussion is not so much the advertising ambition of large digital platforms but the way in which they segment users to offer a highly sensitive type of advertising: politics.

The trail left by browsing and Internet searches allows to trace very fine ideological profiles to bombard users-citizens-voters with political messages. Google has perceived the dangers and has decided to restrict this type of ads. They will no longer be linked to ideology but only to the age, gender or residence area of ​​the recipients. And it does so with an eye on the British elections on the 12th, although its objective is to extend the limitations to everyone, starting with the European Union. Twitter also joins the ban. Those responsible for this social network believe that the scope of political messages must be earned, not bought.

Facebook, however, is unmarked from this line of action. It is not willing to have to verify the data that is poured into the political announcements or to eliminate those that contain flagrant lies, such as those that broke into the 2016 presidential elections in the United States that gave the victory to Donald Trump. Facebook data allowed to carry out a massive distribution of false information to discourage the vote of the Democratic party and attract undecided voters to the Republican side. Democratic Congresswoman Alexandria Ocasio-Cortez summed it up in a face-to-face with Mark Zuckerberg: "Facebook rules allow politicians to pay for disseminating misinformation." The founder of the social network simply replied: "Well, I think that lying is wrong."

Failure to verify the veracity of a campaign or the claims of the candidates impedes any electoral process and damages democracy itself. Even within the most implacable and ruthless partisan rivalry it is necessary to respect some minimum rules of the game. The stubbornness of Facebook once again casts shadows on cleanliness when it comes to the polls and unleashes the distrust of voters in the face of political announcements spread across the platforms. And it is above all a warning to navigators. Attentive to the paths of the 2020 election campaign in the US.

The return of ‘Friends’ already has a date: May 27