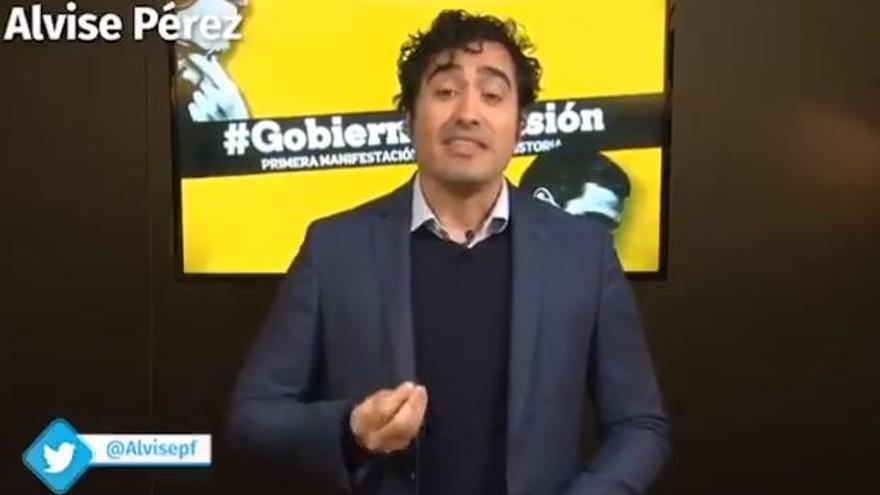 Police try to locate Alvise Pérez (not his real name) after Manuela Carmena has filed a lawsuit against the former advisor to the former leader of Ciudadanos Toni Cantó. In a ruling of July 7, to which eldiario.es has had access, the judge of the Investigating Court number 59 of Madrid requests the General Directorate of the Police to provide the DNI of Luis Pérez Fernández (real name of Alvise ), to find out his address and thus be able to notify the lawsuit filed against him by the former mayor of Madrid.

Carmena has filed a lawsuit against Alvise Pérez for spreading a hoax against her on Twitter. Carmena announced that she would file the complaint in an interview on eldiario.es on April 8 after Pérez had accused her of receiving a “respirator” from the company VitalAire at her home to “avoid going to a public hospital and queuing as the rest of Spaniards “.

“It is something that I cannot tolerate,” said Carmena, who had previously clarified that it was a hoax: she was never ill or received a respirator like the one used to treat coronavirus patients. “When I was mayor, when you are holding a political office, before using the judicial resources, perhaps you have to be more cautious. Now I have seen it very clearly, I cannot tolerate a calumny of these characteristics and I am taking the necessary steps to file an action court against that person, “said the former mayor in a telematic conversation in ‘Confinados’ with the director of eldiario.es Ignacio Escolar. “It was a lie to do harm,” concluded the former governor.

Alvise Pérez is the alias that Luis Pérez Fernández uses in that social network, the one who was Toni Cantó’s chief of staff in the Valencian Corts. He was responsible for his campaign for the presidency of the Valencian Generalitat in 2019 and had already accompanied him in the Congress of Deputies.

Pérez questioned last Friday that the former mayor had filed the complaint against him. “I hope the lawsuit you announced against me (where is it that I see it) is truer than all your lies, Mayor,” Alvise said in a tweet. As eldiario.es has been able to verify, that demand exists and the court is waiting to know its whereabouts in order to notify it.

Alvise Pérez is known for xenophobic messages and in line with postulates of the extreme right about immigration and sexist violence that he usually throws on social networks. He has been disassociated from Ciudadanos since December 2019. In recent weeks he has focused his messages on the pandemic and has spread hoaxes such as the one directed against Carmena. Before, he had already spread another one about Pablo Iglesias’ health. Pérez has been one of the promoters of the so-called “online demonstration” to demand the resignation of the Government, a program broadcast on YouTube, promoted by Vox, which reached 400,000 viewers.