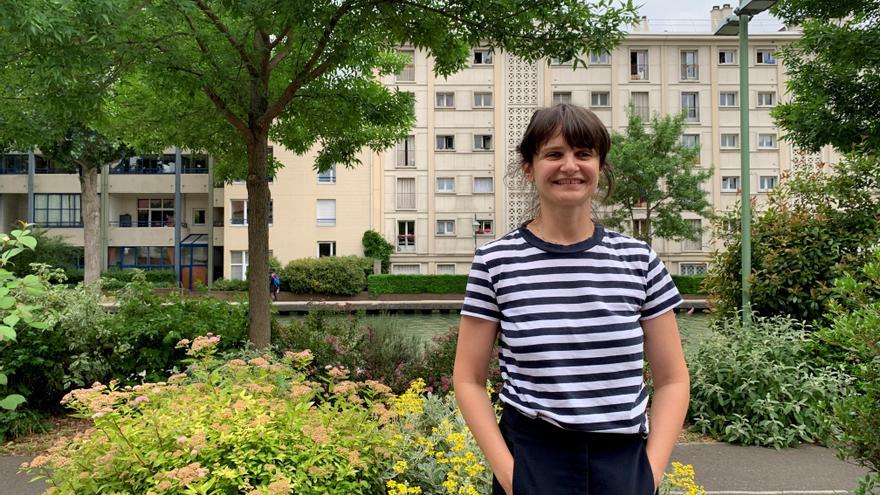 Paris, Jun 18 (EFE) .- The dancer and choreographer born in Brazil and based in Madrid, Poliana Lima, presents this Friday and Saturday in Paris her work “Things move but they don’t say anything”, within the Camping Festival of the Center French National of Dance (CND), with which he hopes to take another step in his international career.

The piece, an adaptation of a shorter creation that he made in 2016 for Laboratorio 180, has been expanded into a co-production by several centers and theaters in Spain, Portugal and France, which has made it possible to finance this collective work in which ten dancers they move their torsos while their feet remain anchored.

“It is an allusion to the fact that all things that are alive move but do not have a discourse beyond their own existence. This appeals for me to a deep meaning of life: existing is already the gift, the celebration, the own discourse. “Lima said in an interview with EFE, during general rehearsals.

“Things move but they don’t say anything” will premiere this Friday and Saturday at the Camping Festival at the Fil de l’Eau Theater, in Pantin, a city adjacent to the French capital to which Lima will return in September to show the short version of this work.

On stage, a dozen dancers dressed in champagne-colored sequin costumes perform repetitive movements with their arms, torsos and head, creating a bodily sound that serves as the only rhythm to this piece of pure expression.

“Dance for me is much more of a sister to poetry because you receive impressions, you open the space for the spectator’s imagination to complete what they receive as a spectator, open to whatever those images suggest to you,” Lima explained.

According to the choreographer, who insists on defining herself as a Madrilenian creator after eleven years living in the Spanish capital, since it is there where she has been able to develop her artistic work, society seeks to give everything “a purpose, a logical function, a discourse outside the own being “.

A logic against which she insurges by claiming the aesthetic, emotional and subjective sense of dance, which should not have “a rational understanding.”

“People think that my title is nihilistic, like that things are useless. It was not my initial intention but it can also open that discussion,” he adds.

The choice of a totally female cast was not in its conception a feminist idea, although Lima also accepts this reading of seeing the women in the work as “bodies that resist, adapt and change shape but remain.”

The play, which premiered in Madrid in September at the Teatros del Canal, was also supposed to have been shown in Portugal and at this French festival in 2020, but was delayed by the pandemic.

Now, it will travel to Croatia and Slovenia and it has also been adapted into a workshop version for advanced dance students.

Lima hopes that this opportunity can open new doors for her in Paris, where she would like to work more often and explore new fields after debuting in her career with a collective piece, a challenge in the world of dance that does not usually find funding in Spain.

“It is difficult to maintain a cast and tours with eight or ten dancers. In Spain it is economically unviable due to the expense it represents and the lack of professionalism that exists. Be careful, not because there are no trained people, but rather because of the few structures that support this practice, “he says.