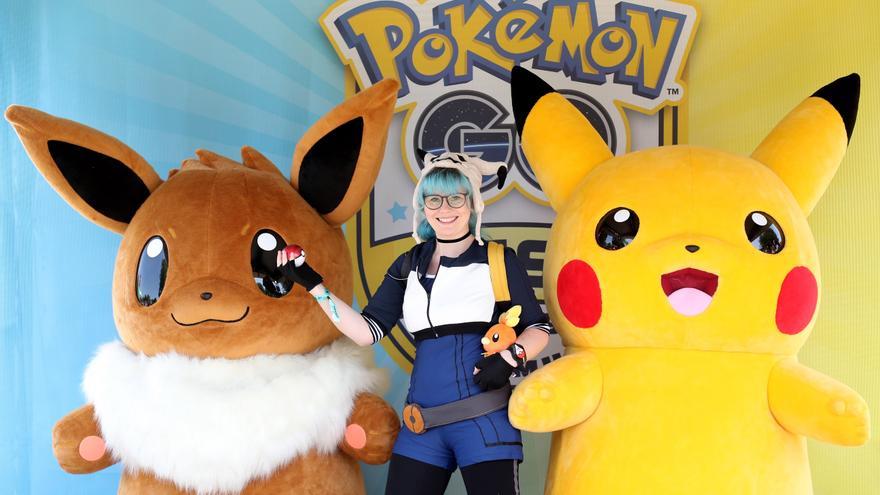 Tokyo, Feb 27 (EFE) .- It has been 25 years since the debut of one of the most successful and global franchises of video games, Pokémon, which has overturned the celebrations on the net and its games due to the demands of a pandemic that has favored the digital entertainment sector.

On February 27, 1996, the original titles of the franchise, “Pokémon Red” and “Pokémon Green”, were released for the no less revolutionary Nintendo Game Boy, in which the player got into the skin of a boy who dreams of catching all the “Pocket Monsters” (pocket monsters).

A quarter of a century later, those titles and their 150 creatures, which invite them to become digital zootechnical engineers, have evolved in format and genre until dozens of games have been published, of which more than 368 million copies have been sold and that bring together more than 800 pokémon to discover, catalog and breed.

More than 22,000 million collectible cards distributed in 77 countries or an animated series with more than a thousand episodes in 23 seasons, licensed in 176 countries, are other milestones.

The arrival of Pokémon GO mobiles five years ago, which accumulates more than a billion downloads, ended up turning an already global phenomenon into overflowing that knew how to adapt to new audiences and also captivate the most adult, whom it massively brought out to the streets until the covid-19 pandemic arrived.

“We will continue to offer new and innovative ways of experiencing the world of Pokémon for the next 25 years,” Peter Murphy, marketing director of the international division of The Pokémon Company, told Efe on the occasion of the event, the company created expressly to manage the multi-million dollar franchise.

As a first step, the company has announced the launch in 2022 of a new game for Nintendo Switch, “Pokémon Legends: Arceus”, in which players will have to develop the first database of pokémon (Pokédex) of one of the regions from the series, Sinnoh, first appeared in the 2006 even games.

These titles have been completely remade into “Pokémon Shiny Diamond” and “Pokémon Shimmering Pearl” and will be released later this year. The announcement was made in one of the company’s usual video-presentations, which carefully made its broadcast coincide with 0:00 Japanese time in a nod to the anniversary.

The celebrations of this 25th birthday have turned to digital format with internal events in various games of the brand and a series of musical performances under the P25 Music project, which will last for a year and will start in the next few hours with a free concert by the American rapper Post Malone.

The initiative is sponsored by singer Katy Perry, who admits to being an avid fan of the franchise.

“Pokémon has been a constant in my life, from playing the original video games on my Game Boy to exchanging Pokémon TCG cards during recess, going through adventures catching Pokémon on the street with Pokémon GO,” said the artist, whose participation remains a mystery.