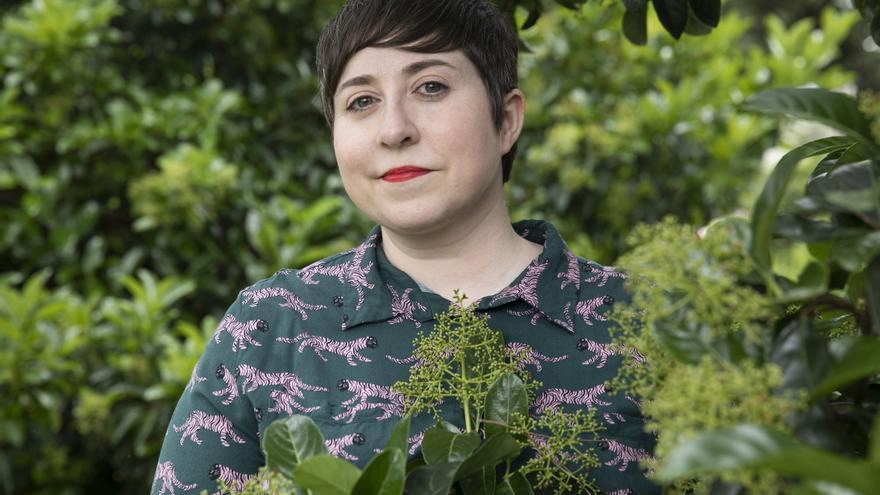 The move occurred in mid-November 2021, but went almost unnoticed. Anagrama acquired the independent poetry publisher La Bella Warsaw, one of those business strategies that usually cause a stir within the sector, but in this case it hasn't caused much of a stir. At least out of doors. However, it raises certain questions: why has a consolidated company like Anagrama, which until now only published fiction and essays, decided to bet on a new genre? Is poetry gaining momentum within the literary industry? Or is it that, in reality, poets are more important than you might think?

Both parties had a prior relationship. Elena Medel, who founded the Cordovan label together with Alejandra Vanessa in 2004, published her first novel The wonders in Anagrama in 2020. From then on, and little by little, the possibility of introducing La Bella Warsaw in the Catalan publishing house began to take shape, as Silvia Sesé, its editorial director, explained to elDiario.es in writing. He affirms that, despite what it may seem, it does not respond to any need to open his range to a new form of literature: "There was no previous plan to include genres that are not in Anagrama. It materialized due to the affinity with the catalog, which made this incorporation very natural. Although it is true that we want to value this experience to think not so much about future acquisitions but about more strategic approaches with related publishing projects that can strengthen and strengthen us in a very concentrated market".

La Bella Warsaw will continue to be an independent label, says Elena Medel to elDiario.es "with me as editorial director and with the valuable and enthusiastic support of the entire Anagrama team." The projection to Latin America is mentioned as one of the main benefits that the operation will offer to the poetry publisher thanks to the distribution position of its buyer. This will also allow the incorporation of authors from Latin America to the catalogue. In principle, the editorial line of La Bella Warsaw will continue to be the same as it has been up to now. "The traits that have guided me in these years will be maintained: working with language, looking at reality, paying attention to women's writing... The books scheduled for 2022 (and some already closed for 2023) have an impact on this" , develops Medel.

Logically, the public to which his works are directed will not change either, although there is also the intention that it be expanded. The publication plan for this year includes authors such as "Mario Obrero, Irene Solà translated by Unai Velasco, Alba Cid in her own translation, Amalia Bautista or Marta Sanz", reveals Medel. "For me there is no distinction between the books published by La Bella Warsaw until December 2021 and the books published by La Bella Warsaw from January 2022. Overwhelming titles by Sara Torres and Berta García Faet, which mark new stages in their writing and they each reread tradition in their own way, an already fundamental voice in the rich Galician poetry such as Ismael Ramos, and a jewel of enormous value: the twelve book, the posthumous work of Carmen Jodra Davó. We will continue to defend the will to care for and promote the fund, regardless of the obvious commitment to novelties," he says.

The Spanish Confederation of Guilds and Associations of Booksellers (CEGAL) does not make the sales figures public, but it does offer elDiario.es a specific detail: "The best-selling book of poetry in bookstores in 2021 was goodbye to the cold by Elvira Sastre (Visor), which appears in position 138". They clarify that this sales ranking uses data from 850 Spanish bookstores, not all of them.

Ángelo Néstore, from the Spanish poetry publisher Letraversal, believes that "unfortunately" there is a custom of "measuring everything by weight" and "perception" about reading "should be nuanced." "Although the sale of poetry books, especially in the independent sector, does not usually reach the most generous figures for genres such as narrative or essay, we believe that the poetry-reading public in Spain is quite critical and is open to receiving new forms to perceive the poetic. This is also one of our missions", he adds.

Silvia Sesé and Néstore agree that interest in reading this genre is growing. "A good part of Anagrama's readers are also poetry readers and it is possible that interest in poetry has increased in recent years among young readers," says Sesé. For his part, the editor of Letraversal perceives that "the dialogue between the reading public and the author is also generating new approaches to the poetic, which, in some cases, go beyond the artifact 'book' or rethink it." The support of public institutions is also helping in this sense, according to Néstore, despite the fact that he clarifies that "perhaps that support for reading should also be directed towards other critical and political prisms."

The acquisition of an independent publisher by a much larger one could raise suspicions from outside observers about what the outcome will be. Néstore sees it as something positive: "The independent edition and, in particular, of certain poetry, is especially hard and is worked in somewhat deplorable circumstances, especially when it comes to doing things well, safeguarding first of all the work of the authors, something essential for us". "It is a joy that large publishers bet on a line like La Bella Warsaw, as long as that does not imply a change in their publishing policy, something that surely, in this specific case, will not happen," he adds.

In this regard, it is inevitable to think about the role of book prescribers in the public's interest in poetry. And, of course, the media play a key role here since the presence of the genre in culture sections or supplements is much less than that of narrative or essays. "From the outside, as a publisher, I think it's a vicious circle: Poetry books aren't talked about because of the minority genre cliché, because they attract fewer clicks or less publicity. But no one will click on a headline about poetry or pay a banner if no one writes that article, that review or that interview," says Medel. And he also points out that "it happens the same as in bookstores: the presence of poetry is less because it sells less than a more commercial novel or essay, but if no one find that book (if no one knows it exists) no one will buy it.

Like all labels, "young poetry" is used to group together authors who share a characteristic: they are publishing their first books. It is a hook to capture the public's attention, but it can also be reductionist, like literature written by women, without going any further. Elena Medel has a strong opinion regarding the use of these categorizations.

The specific awards for minors under a certain age and debuts or anthologies of new voices serve as a presentation but also entail "certain doses of paternalism, on occasion, that minimizes and disdains (often without that intention but with that result) their achievements," he maintains. . "I wonder what happens after that first or second book, what possibilities of publication exist or under what conditions that work is developed. In this sense, from La Bella Warsaw we have the will to publish, perhaps, more poets than specific books: accompany those who write in their career, and that they face each new book with that calm". An example of this commitment is that of the already consolidated writer Luna Miguel, whom she has published from her beginnings until her last collection of poems. men's literature (2021). In this sense, Silvia Sesé declares that Anagrama supports this way of approaching the edition: "We feel in tune with your interest in the authors who are starting out and with the follow-up policy."

For his part, Néstore is also reluctant to use that name. "We don't really like to define literature with labels such as generations because, sometimes, the work and commitment of younger voices is emptied of meaning, charging them with future expectations without delving into their present." In their catalog they have titles like Exception of Elizabeth Duval, who was born in the year 2000 and mentions her together with Mario Otero, born in 2003, as "daughters of the new century, who are propitiating a beautiful and necessary turn in contemporary poetics".

Medel points to Irati Iturritza Errea, born in 1997 and of whom two books have been published, Short arms Y This wasn't what I meant either., because "from rigor and courage he builds a work in which he reflects on language and its possibilities". But he also points out that "the catalog of La Bella Warsaw is not limited to new voices or young poets, although in many cases our most visible books tend to identify with this idea. I think of one of the highlights of our catalog as a counterexample: contracted debts, by Ana Rossetti, one of the great names in our literature, which we published six years ago. An idea from Federico García Lorca guides the work of the publishing house: 'Poetry doesn't want followers, it wants lovers'".