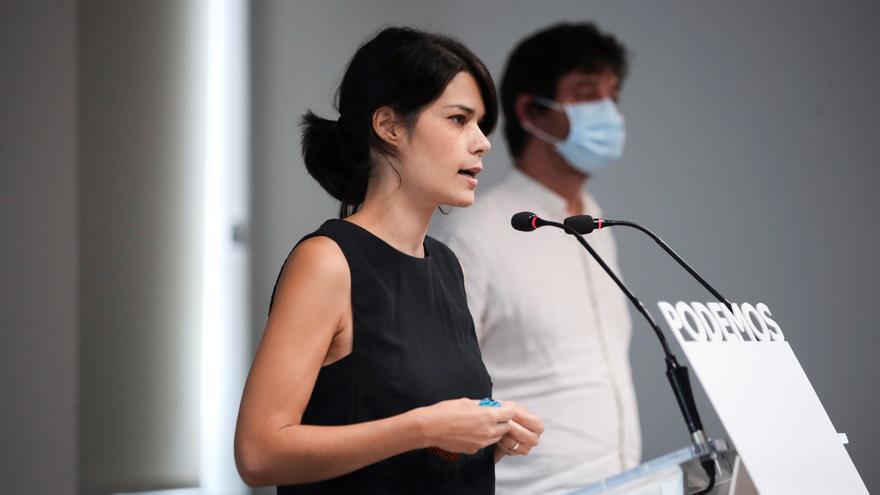 The co-spokesperson of Podemos, Isa Serra, has maintained this Friday that the political project of its formation is “incompatible” with Citizens and has assured that “the PSOE knows” that Podemos cannot count on to approve budgets with Citizens.

“The PSOE knows that with us it will not count on Citizens for budgets,” Isa Serra maintained in a press conference offered together with the also spokesman, Rafa Mayoral, the first in the new headquarters of the training in the Madrid district of Linear City.

“We hope that the PSOE will take care of the majority that supports this Government,” said Serra, referring to the search for support with the investiture partners, although they have not answered the question of whether Podemos, on its own, is seeking support with those partners.

In the same idea has deepened in the same Mayoral press conference. The United We can deputy has assured that it is necessary to carry out “some country budgets” and that the PP “is not there nor is it expected.” To this he has added, without directly citing Citizens, that these budgets “do not go through approaches such as those defended by those who share government with the PP and are supported by Vox.” “That road is completely closed”, he has settled.

Faced with these statements, the Minister of Labor, Yolanda Díaz, a member of United We Can in the Government, defended this Thursday in an interview in RNE that in the negotiation of the General State Budgets “no one can be excluded, especially in a pandemic “. “It is the differential Spanish fact that hinders us and that outside they look at us as strangely,” said the minister on public radio. “We are in the middle of an economic and social crisis and, if I have said before that there is never a red line, much less with exclusions,” he settled.