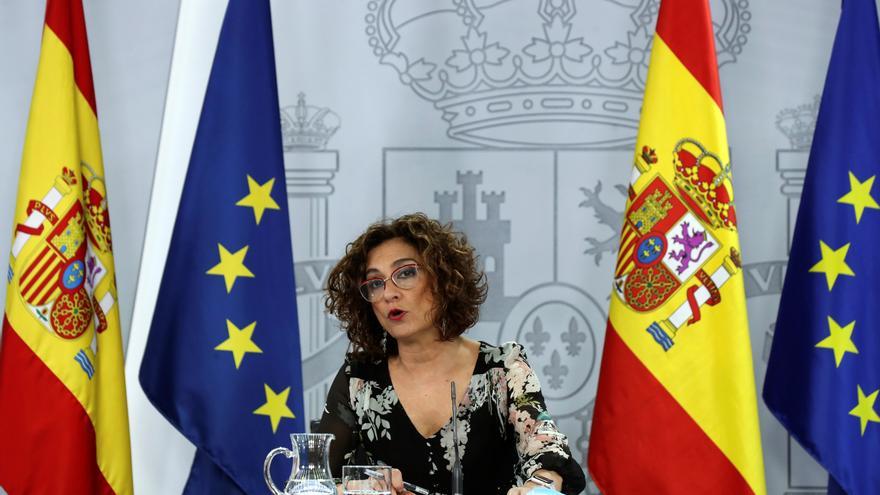 There is no agreement. Failure is already on the table. The PSOE needed a vote and does not have it. Unidas Podemos departs from the Treasury proposal for the use of savings in city councils and demands that the government withdraw a document that does not provide, according to a statement released by the municipal group IU-Podemos-Comuns, “an acceptable solution to the economic situation that the municipalities are going through, motivated by the application of the restrictions contained in the current regulatory framework “. The result, they add, is very insufficient if the objective sought is to train local administrations in the face of the social and economic crisis that is at hand.

The group continues to claim the agreements contained in the pact signed by UP-PSOE and does not renounce the total or partial repeal of Organic Law 2/2012, on Budgetary Stability and Financial Sustainability, “that allows the use of accumulated resources thanks to the rigor and solvency of municipalism in recent years. ” In his opinion, “this must be the priority and this is reflected in the unanimous agreements of the FEMP and reflected in the agreement of the progressive coalition government”

The Government, they argue, “has a wider margin to give continuity to the progressive reforms undertaken and also to relax the limitations that operate on local authorities, even more so if we consider that the NextGenerationUE Recovery Fund will mean a total allocation for Spain in around 140,000 million euros. ”

Hence they suggest that it would be a mistake for the FEMP Governing Board to vote on the text tomorrow, as planned, since there is a certain risk of institutionally fracturing and weakening an organization that in the last 40 years has adopted all the agreements unanimously. “We consider that it would be irresponsible to embark on a vote in these moments in which the consensus and unity of the mayors have more value than ever. We appeal to that spirit of consensus that has always guided the performance of the FEMP and has been one of its best strengths in the defense of local entities, “added the statement.

The brutes therefore request that the draft agreement be returned to the Government with the commitment to resume dialogue and negotiation with broader and more plural interlocutions, both in the FEMP and in the Government. “It is so important to engage and involve all political groups in the FEMP as a broader and more plural representation of the Government, incorporating other ministries. In this way, the Agreement will have a broader scope in substance and would not be a solution in the short term. that generates more doubts than certainties. ”

Otherwise, they announce that in the event that the president of the FEMP puts the agreement to a vote, the Municipalist Group Left United-We-Communes will vote against it, requesting its return to the Government and calling for a return to consensus and Majority agreements that provide effective solutions for 8,131 municipalities that represent practically the entire population of our country.

The municipalities have been asking the Government of Spain for years to allow them to use their savings, which total 18,000 million euros, but neither the Stability Law nor the Constitution – after the express modification of article 135 agreed in the previous economic crisis between the PSOE and PP– allows it. And Sánchez seems to have completely forgotten about the derogation he promised in his electoral program and captured black on white in his government agreement with Unidas Podemos. At most it has reached an intermediate solution that involves the municipalities creating a loan in favor of the State for the amount of their remnants, which would be voluntary and would generate a municipal debt of 15,000 million euros. In this way, the Treasury would deliver an income between this exercise and 2021 of 5,000 million. And the rest, 13,000, would be returned to him in the next ten years.

The PSOE does not have a majority in the managing body of the FEMP, which includes 25 members: 10 from the PP, one from Ciudadanos, Podemos-IU and Junts per Catalunya and 12 from the PSOE, who needed to secure at least one vote to approve the proposal sent by the Treasury.