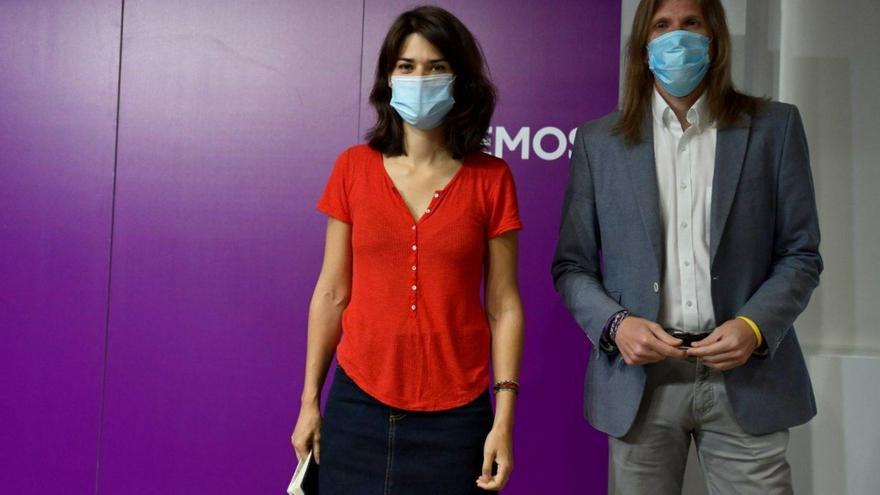 Podemos maintains its refusal of the Law of Equity, Universality and Cohesion of the Ministry of Health that has been presented this Monday in the Council of Ministers. “In those terms we cannot agree, we hope that the PSOE agrees to modify it,” says Pablo Fernández, spokesman for the formation, who insists that they are committed to “deprivatizing health care”, as “is being done in Valencia.” “It is time to close the door to this conception of health as a business,” he added at a press conference held by the party.

Fernández has advanced that his training will request in the process of amendments in Congress “the revision” of the regulations approved by the Government of José María Aznar (PP). “Our position is clear: that the PSOE accept our amendments,” he added about the hypothetical support available to his partner in the Executive to carry out the text.

From the department of Carolina Darias they have highlighted on this bill that “will establish the necessary guarantees so that new health co-payments can not be introduced to citizens, shielding health regulations.” In an interview on Infolibre, the head of Health of Podemos, Amparo Botejana, insisted that “it is time to review” law 15/97 “and close the door that Aznar opened so that health was a business.” “Either we take this step now or it will not be taken. We cannot waste a minute. Time is running out,” said Botejana.

The confederal group to which Podemos belongs has presented an amendment in the General State Budgets of 2022 to end the ‘fiscal dumping’ of the Community of Madrid. The text registered by United We Can seeks to prevent there are communities where the Wealth Tax is not paid, ensuring a state liquid quota, and raising the three highest tranches of this tax by one point, as reported by Europa Press. Isa Serra, also a spokesperson for the training, frames this proposal in the “different territorial amendments that concern the territories.”

Podemos argues that Madrid’s policy – which “reduces the wealth tax 100% and the inheritance tax 99%” – “generates a huge territorial imbalance.” And they are committed to putting an end to the actions of the Community of Madrid, where “tax cuts are made that harm” other autonomies and “the people of Madrid themselves.” “It generates enormous inequality and a detriment to public services,” says Serra.

The spokespersons of the formation have also positioned themselves on the act that brings together Yolanda Díaz, Mónica Oltra, Mónica García and Ada Colau this Saturday in Valencia, and in which there will be no representatives of Podemos. “We respect the autonomy of the political parties”, Fernández pointed out, in relation to the event organized by the Oltra formation. “It is one more act among those who organize the political forces,” he continues, and they insist that the organizers “invite whoever they deem appropriate.” In addition, he recalled that Díaz insists that the broad front in which he is working will focus on a dialogue with different actors in society and in this case, the debate on Saturday is a conversation between politics.

Tags: amendments, announces, continue, equity, It allows, law, privatization, sanitary, would you give