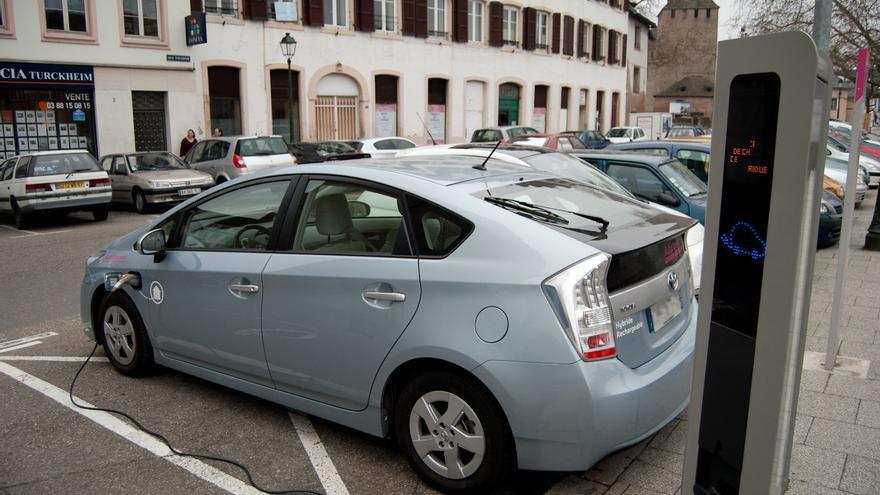 Plug-in hybrids are “wolves in sheep’s clothing” in the motor world, warns the nonprofit organization Transport and Environment, based on the results of a new study it just published.

According to him analysis, in which real driving data of some 20,000 models of this type in the United Kingdom, France, the Netherlands, Germany and Poland have been used, the emissions of these cars are up to 2.5 higher than those presented by the tests of laboratory and, in some cases, reach almost the same levels as the new gasoline and diesel models.

The caveat is important as plug-in hybrids receive support from almost all European governments to reduce greenhouse gas emissions in transport. But also because their sales are skyrocketing. In Spain, for example, although in the end it was decided to reduce the incentive for these vehicles in the RENOVE plan – they receive 2,600 euros compared to 4,000 euros for electric vehicles – in the month of September 1,974 new registrations were recorded, or whatever it is the same, 265.5% more than in the same period last year.

“Right now, plug-in hybrids are being touted as zero emission vehicles for cities,” says UK Director of Transport and Environment Greg Archer. “However, this is a misleading marketing campaign. Unless the battery is recharged frequently, these cars can have even more damaging effects on the climate than conventional ones.”

According to the analysis, the emissions of plug-in hybrids during their useful life in real conditions are about 28 tons, while those of gasoline are around 39 tons and diesel, 41. In comparison, an electric car emits about 3.8 tons of CO2. “What we want to point out is that the best alternative is the electric car,” he explains by phone, “and that we should not be fooled.”

Plug-in hybrid vehicles are those that combine an electric motor with a combustion engine, and use a battery that is recharged through external points, where they are plugged in. These cars also accumulate energy in the braking of the vehicle (like conventional hybrids), although this way you get less charge than when you plug them in.

In principle, they offer environmental advantages, since with a full battery, most can cover up to 40 kilometers in electric mode. And, therefore, they are usually sold as cars with the advantages of a traditional car but with zero emissions for short distances.

However, according to Transport and Environment, the theory is almost never fulfilled in real life. Among the two biggest problems encountered in everyday use is that drivers often don’t recharge their batteries as often as necessary. In addition, vehicles use the fuel engine for functions as basic as heating the vehicle so that, in many cases, even being in ‘eco’ mode, the car is actually using fuel like a conventional car.

“These cars have several drawbacks in reducing emissions,” explains Archer. “On the one hand, they need to be recharged continuously due to the reduced capacity of their batteries (they usually cover a little more than 30 kilometers) but, also, for technical reasons it is very difficult to use them as electric cars on long journeys, which is when really all cars they emit most of their CO2 emissions. In that case, carrying a battery is even a disadvantage because it makes them weigh more. ”

For Loughborough University electric vehicle expert Andrew Fly, however, plug-in hybrids can play a beneficial role in the transition to electric. “Without a doubt, the electric car is much better”, he explains, “but when the infrastructure to recharge the vehicles is lacking or one needs to make very long trips without the possibility of charging the battery, it can be a good option”.

Transport and Enviroment, together with Greenpeace, is trying to pressure the UK Government to ban the sale of plug-in hybrid vehicles at the same time as gasoline and diesel models. In his opinion, only in this way will the emergence of a more competitive market in the electric car be pushed.

“Governments should stop supporting these types of cars as they offer no real benefit,” concludes Archer. “To reduce emissions, the best alternative is the electric vehicle and that is where they should concentrate their efforts.”