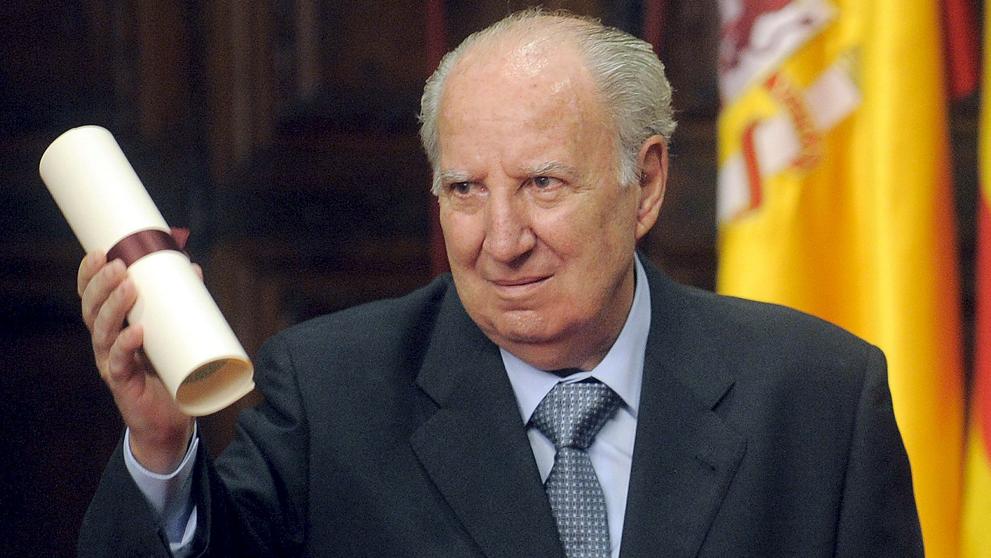 The playwright, journalist and member for fourteen years of the Valencian Academy of the Language Juan Alfonso Gil Albors has died in Valencia at age 92, as confirmed by family sources.

Gil Albors, born in Alcoy (Alicante) on March 6, 1927, was one of the most prominent exponents of the Valencian theater from the second half of the twentieth century, with 45 premiered titles and a hundred directed works, with the political, social and religious issues as dominant arguments throughout his prolific work.

Among his best known works are “The totem in the sand” -whose version in Valencian was reviewed by the writer and linguist Enric Valor and is a key piece of contemporary Valencian theater-, “Don’t kill l’inocent” “Barrac 62” “Seems like yesterday” “Patatín, Patatán, Patatón” “Charon’s boat”, “Hosea”, “The cubil” “Scream, Galileo!” “The Twilight of the Sorcerers” Y “Return at night“

I treasured numerous awards literary, such as the Prize of the Letters of the Generalitat, the City of Valencia Prize and the Literature Prize of the World Academy of Sciences and Technology, among other awards distributed throughout Spain.

Member of the Academy of Performing Arts of Spain, this entity defines it as “the most important Valencian playwright of his time and a fundamental author of transition in the Valencian theater of the 60s and 70s, who knew how to move the Valencian theater away from its more localist content to place it in a much more sphere universal”.

It was Theater director of the Generalitat Between 1996 and 1999, he worked in different media, such as Radio Nacional de España, Radiocadena Española and Radio Color, and was director of the latter two.

The Government of the Generalitat granted him on October 9, 2008 the Valencian Letters Award for his “invaluable contribution to theater and performing arts” in the Community.

His facet as a journalist

Neighbor of Valencia since the 40s of the last century, it was in this city where he devoted himself professionally to journalism and theatrical activity.

His work as radio reporter For several decades he was accompanied by theatrical activity as author and director since the 60s, in which he began his career in the environments of the art and rehearsal theaters of the city.

Between 2001 and 2015 fHe is a member of the Valencian Academy of Language and in 2007 the Diputación de Valencia published his complete works, in which his activity as an author was compiled with a total of 45 theatrical pieces, all of them released; 28 were written in Spanish and 17 in Valencian.

Eight years later the pieces were included in that complete work “The Queen of Sicania” Y “Gotmann Island”, The last two of the Alcoyano writer.


He decided to assign the copyright of his “Autopsy to five convicts, which addresses the problems of those affected by the Thalidomide. ”

Precisely in 2017 he decided to assign the copyright of his “Autopsy to five convicted”, Which addresses the problems of those affected by the thalidomide, to the association of victims for the consumption of this drug (Avite).

He said then that it was a “Moral debt” which led him to yield that work, which he wrote in 1963 and was censored after only nine performances attended by personalities such as the actress Nuria Espert. The work was originally presented as a talk colloquium to try to avoid censorship.

When Weinstein made donations to Hillary Clinton