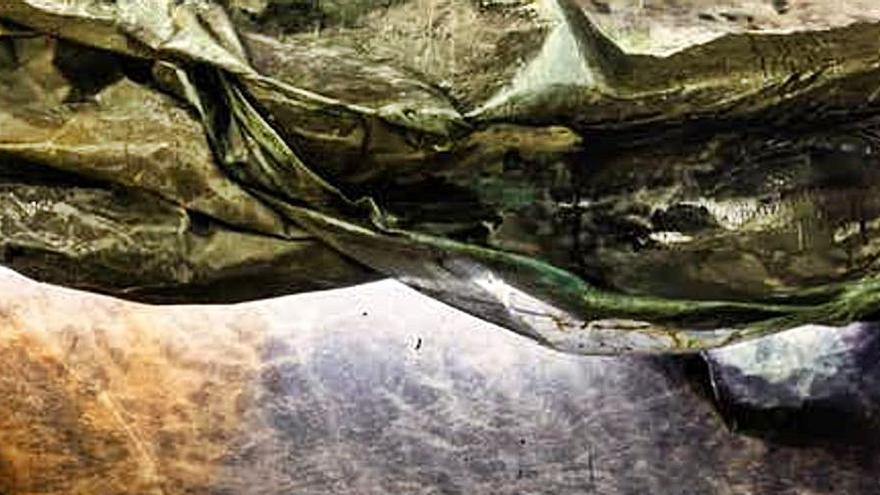 The cultural roadmap for the second weekend of September crosses the equator of the 25th Festival of Theater, Music and Dance (Temudas) and the apotheosis of its “big week”, but this agenda includes many other musical and exhibition possibilities in the capital of Gran Canaria. In addition, the cultural horizon improves for all restless spirits: for lovers of the arts, the capacity of the cultural venues is expanded to 55% and, for those who are also nocturnal animals, the night lasts until 2.00 hours. We go with the highlights of a varied and diverse creative offer:

The singer-songwriter Ari Jiménez, who performs tomorrow at the Echarle Huevos Brewery LP

24 functions of the Temudas Festival.

The 25th edition of the Temudas Festival exceeds its equator with an intense program this weekend, which includes a total of 24 performances between the Guiniguada Theater, the Plaza de Stagno, The Paper Club, the Plaza de Santa Ana, the Plaza de Canarias, Doramas Park, Santa Catalina Park and Miller Hall. The shows combine multiple artistic disciplines and are free, except for those held at the Guiniguada and the Miller. Its programming can be consulted on the website lpatemudasfest.com.

A scene from the multidisciplinary show ‘Órbita’, by the Zen del Sur company, which is being performed today and tomorrow in the Plaza de Santa Ana

Concerts at The Paper Club.

The concert hall located on Calle Remedios, 10, which incorporates gastronomy into its cultural offer, kicks off the weekend with a concert by Virya Cruz, today, at 9:00 p.m., with a repertoire of fusion rock that unravels along with its sister Escarlata Cruz and guitarist Armando Drive. Tomorrow, at 8:00 p.m., Airam Barreto Dj, a member of Mariclon, tunes the night with a musical spectrum that ranges from Rocío Jurado to the latest Spanish electropop hit. At 9:00 p.m., the Rakhi duo, made up of Rita and Rayco Déniz, offers a live show that mixes flamenco pop and versions of classics. At the end of the concert, Barreto returns to the booth to continue the party.

Acoustics and djs at Talleres Palermo.

This weekend, the soundtrack of the old carpentry based in the Guanarteme neighborhood is provided by Grace Dj, tomorrow, with a repertoire that exudes a lot of groove, and on Sunday, at 7:30 p.m., by the musician Emilio Cedrés, with an acoustic concert with guitar and voice.

Entre Membranas (Walking Along the Edge), the first solo show by the Tenerife artist Emilia Martín Fierro in Gran Canaria, closes its doors tomorrow at the La Regenta Art Center. From 10:00 a.m. to 2:00 p.m. and from 5:00 p.m. to 9:00 p.m., today; and until 2:00 pm tomorrow, this is the last opportunity to view her most recent work, based on a dozen large-format pieces in which the creator rehearses an “expanded painting.”

The Castillo de la Luz, headquarters of the Martín Chirino Art and Thought Foundation, in the La Isleta neighborhood, hosts the last weekend of exhibition of this small exhibition dedicated to the first artistic stage of the famous Gran Canaria sculptor who, under the denomination of “black queens”, marked the beginning of his long sculptural career in the forge.

The Echarle Huevos Brewery, on Calle Mendizábal, 37, is hosting an intimate concert by Gran Canaria singer-songwriter Ari Jiménez, tomorrow, at 8:00 p.m., who returns to this small stage in acoustic format with guitar and voice.

Final stretch of the exhibition ‘Néstor Álamo. Island and song ‘.

The Casa de Colón keeps the exhibition Néstor Álamo open until September 19. Island and song, which covers the life and work of the versatile artist who was the ideologue and the first director of this Americanist center. This exhibition, which has been visited by more than 2,400 people, is part of the multiple events in commemoration of the 70th anniversary of this emblematic institution located in the town of Vegueta.

The singers Moneiba Hidalgo, Marieme Abdouyale, Almudena Hernández and Dunia Santana star in a unique musical evening that pays tribute to the great artists of our most recent musical history. Together with the Las Palmas Symphony Orchestra, the show will take place tonight, at 8:00 p.m., at the Alfredo Kraus Auditorium, to embark the audience on a sound journey through the most diverse musical styles, from the soul of Aretha Franklin or Nina Simone to the salsa rhythm of the incombustible Celia Cruz.