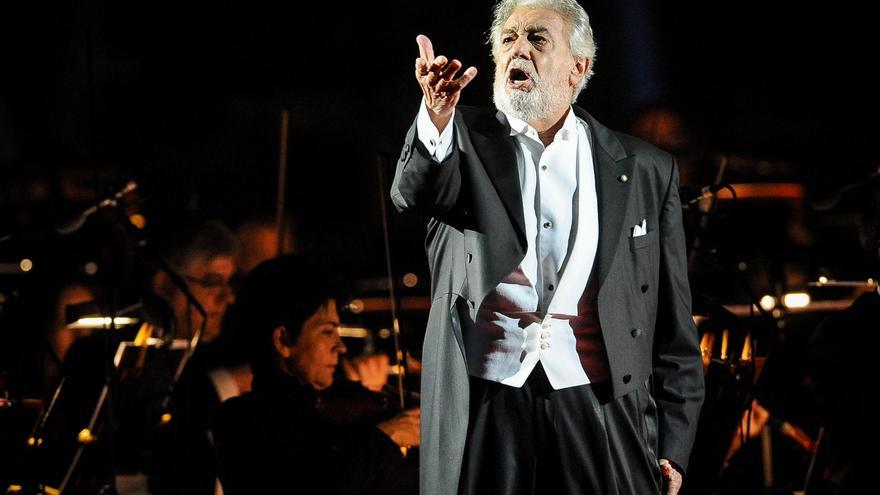 The Spanish tenor Placido Domingo will return to Spain with two performances, one on June 9 at the National Auditorium of Madrid with a charity gala and another on August 18 at the Starlite festival in Marbella, a year and a half after his last performance on Spanish stages.

His first performance will be a charity gala, organized by the Excellence Foundation in favor of ‘Red Cross Responds’. It is about raising funds for a project created to help the most vulnerable people affected by the pandemic. In addition to Sunday, they will participate María José Siri, Jorge de León, Virginia Tola, Nicholas Brownlee, Marina Monzó or Pablo Sainz Villegas, among others.

“I am happy that this charity concert can be held. I warmly thank all the artists who have joined and who continue to enthusiastically join this initiative, the Santa Cecilia Classical Orchestra that will accompany us and the Excelentia Foundation for making this possible. event. For me it will be a great emotion to sing to my people “, the Spanish tenor has explained.

Later, on August 18, he will star in a concert at the Starlite Festival in Marbella, a “great musical party in his honor”, as detailed by the organization, where among the invited artists Ainhoa ​​Arteta will perform.

Plácido Domingo’s last performance in Spain was in December 2019 at the Palau de Les Arts in Valencia. Then, the tenor participated in the opera ‘Nabucco’, where He embodied the king who gives its name to this majestic work by Giuseppe Verdi.

On that occasion, the spectators applauded the Spanish artist, who was fired with the audience on their feet and with flowers. Likewise, part of the audience blew up, at the end of the performance, confetti-like papers on which the message could be read in Spanish and Valencian: ‘Nabucco. Valencia. December 2019. Thank you from the public, teacher Plácido Domingo. The splendor of art. The love of music. ‘

With this show, Plácido Domingo reappeared on the Spanish stages after the allegations of sexual harassment of a score of women. The interpreter took advantage of his performance in Valencia to break the silence around this matter.

In addition, the INAEM canceled performances scheduled for Sunday in ‘Luisa Fernanda’, of the Teatro de la Zarzuela, and the Minister of Culture and Sports, José Manuel Rodríguez Uribes, pointed out in an interview with Europa Press in relation to a future performance of the Spanish tenor in spaces or shows of the INAEM that, “when serious acts are committed and assumed, this has consequences in public life and in social life “.

“The hope of returning”

For his part, the Spanish tenor assured in August of last year that I had “the hope” to return to act in Spain “soon” And, although he acknowledged not having any dialogue open yet with Spanish institutions, he stated that he would like to “personally clarify” his situation with them after the accusations of sexual harassment received months ago.

“In my heart I hope to perform in Spain again soon, but I cannot deny that thinking about my Madrid fills me with nostalgia and sorrow at this moment. Right now there is no ongoing dialogue with the institutions, but obviously, I would like to clarify my situation personally with them“, said the singer in an interview with Europa Press.