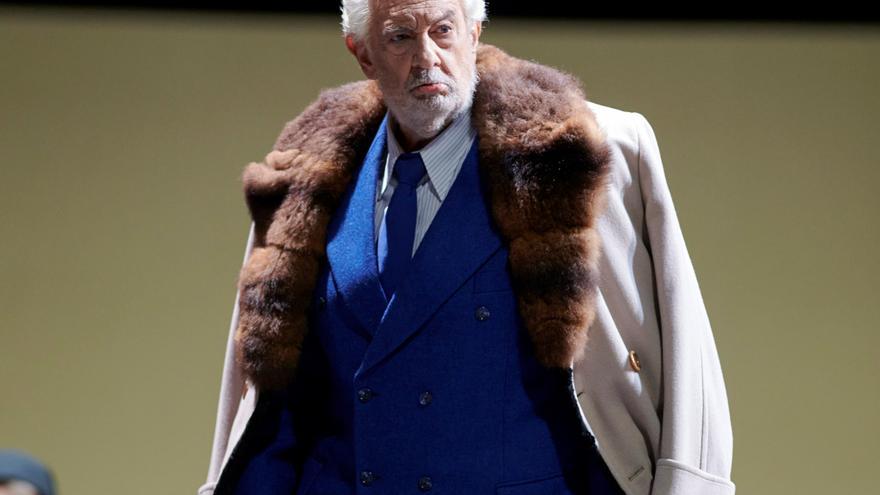 Vienna, Jan 22 (EFE) .- Plácido Domingo today celebrated his 80th birthday by singing at the Vienna Opera, a stage where he has received ovations for more than half a century and which, on this occasion, was quieter than usual due to covid-19.

“I’m happy to be able to celebrate these 80 years singing. Unfortunately, the pandemic is not over yet, so the performance will be in the empty theater,” the opera star had previously declared in a statement.

“I’m sorry I can’t sing in front of the public, I would have liked to thank all the beautiful messages of good wishes that you are sending me,” lamented Domingo, whom the public and the management of this theater have continued to support even after several women assured who had sexually harassed them in the 1990s.

Domingo, who had his birthday yesterday, today played the leading role in Verdi’s Nabucco, one of the dozens of characters that has played at the Vienna Opera in more than 250 performances, some 40 as conductor, which he has accumulated since his debut in 1967 with Don Carlo.

This function has also served him to open the year artistically, after in the last year he saw how many theaters closed their doors and, in addition, he fell ill with covid last March, although he assures that he has fully recovered.

The emptiness of the theater was bleak. Just a handful of journalists, the theater staff and some close to the singer, including his wife, Marta Ornelas, and his son Álvaro, were distributed around the stalls and boxes, closed to the public due to the restrictions of the Austrian Government by the covid.

“I believe that all artists have a duty to continue working to bring music to life. But, while we wait for normalcy to return, theater must continue to live, because we all have a great need for beautiful things and art can offer them to us. “Domingo had said before his performance.

Although the stalls were empty, Domingo and the rest of the artists were not without an audience: the function was broadcast live on two digital platforms, and will be broadcast again on Sunday by the Austrian public radio television.

Be that as it may, the cast, which also included Freddie de Tommaso as Ismaele, and Szilvia Vörös, as Fenema, took charge of infusing this Nabucco with energy and dedication.

And, in addition, they gave Domingo a surprise by singing happy birthday to him in English at the end of the performance, a gesture that the Spanish artist thanked with emotion.

Last September, the Vienna Opera announced, when presenting the program for the 2020/2021 season, that this Nabucco would mark the farewell to Sunday of the Vienna public.

However, that goodbye seems to have been, for the moment, delayed, because the pandemic prevents a performance with the public.

“The Vienna Opera would like Mr. Domingo to still be able to perform in front of his very important Vienna audience,” says the theater’s press office to questions from Efe.

Thus, they are already in talks with the singer for possible performances in the next Vienna season (from next September).

Both the current director of the Vienna Opera, Bogdan Roscic, and his predecessor, Dominique Meyer, have defended keeping Domingo on the program – contrary to what various venues in the US or Spain decided -, arguing that there is no legal reason to suspend the contracted actions.

“I have not found anything in the whole discussion, and I am not the only one, that justifies the prohibition of working for Domingo”, defended Roscic last September, supporting the argument of the singer’s team that he has never been investigated or tried by any official body.

The American Union of Artists and Opera of Los Angeles, whose leadership left Domingo in October 2019 after the scandal broke out, did open internal investigations, with the collaboration of the artist, concluding that he had “had inappropriate behavior” in the first case. and, in the second, that the accusations were “credible”.

For his part, after a statement in which he said he regretted the “pain caused” and in which he accepted his responsibility, he later insisted that this statement was not an acknowledgment of guilt.

“They can say what they want, but I have never disrespected any woman,” he said last September on Spanish public television.

For the moment, while he hopes to be able to act again in Spain “in the not too distant future”, the year that begins is full of work appointments.