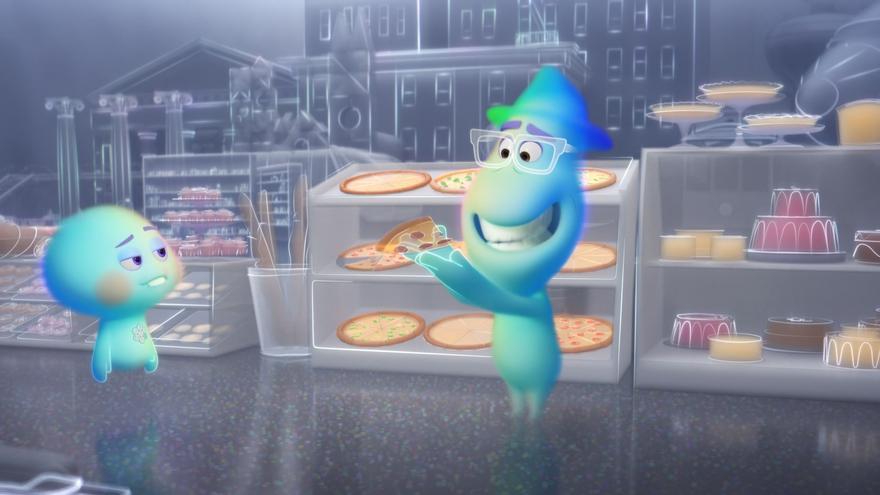 Los Angeles (USA), Dec 23 (EFE) .- The soul, the deepest part of the human being, is the protagonist of “Soul”, the new film from Pixar studios that will delve into the reason for our personality in a way very similar to the one that “Inside out” (“Inside out” 2015) explored our emotions.

The premiere that the animation factory responsible for “Toy Story” and “Cars” has prepared for this Christmas is not a continuation of the 2015 film, but it is its most similar film: While in the first each feeling was a character, this time it is your souls and your inner world.

“They are completely different, there will be similar things, although ‘Backwards’ was based a lot on physics, and this is more metaphysical, more related to the meaning of life,” says its director, Pete Docter, winner of two Oscars “Up” (2009) and “Of the reverse” and creative director of Pixar.

The film was due to hit the big screen on November 20 (after having delayed its original release from June 19), but will finally launch directly on the Disney + platform on December 25, Christmas Day.

“We created the film for a big screen, but I think it will continue to reach people,” says the director.

The decision to avoid theaters and change the original destination of the film seems completely in sync with the moment in which it arrives: A Christmas designed for people to come together and in which you have to be more apart than ever. Even his argument goes down the line too.

THE TENSION BETWEEN THE REAL WORLD AND THE PLATONIAN

“Soul” revolves around Joe, a not particularly successful jazz player exhausted from teaching music to unmotivated students who, after an unfortunate accident, falls into the Great Origin, a place where each soul acquires its unique traits to form a personality before moving to Earth.

There Joe – rather Joe’s soul – will try to “resurrect” to return to New York, although along the way he will meet other extravagant, fearful, competitive souls and even a cynical antagonist who despises human and earthly life.

“The protagonist is an existentialist”, describes Docter, convinced that this is the Pixar film that, between cartoons and jokes, comes closest to the question of questions: The meaning of life.

“Many people did not end up where we expected or when we arrived it was not as we believed – sentence -. We live very close to the objectives instead of seeing who we are from within.”

Saturated with films with the slogan “fight and you will achieve your dreams”, the screenwriters carved out a story that starts from the supposed failure and does not necessarily reach the most obvious objective.

In their search to find a protagonist who had an overflowing passion, they first thought of an actor, “but it seemed that he was just trying to be famous”, until they came to jazz. “You don’t get into being a jazz musician to make money,” says Docter.

And in that succession of ideas they determined that soul music, the term that defines the genre and the soul in English, would give rhythm to the tape.

“Soul was created by African Americans, so we found Pixar’s first black protagonist,” says the director. Another aspect in sync with the course of this year.

What was missing then? Well imagine what our souls are like and where they live.

“We did a lot of research to understand the world of souls, we spoke with religious leaders, philosophers, but most of them described a theory far from the physical,” he explains.

They spent four years in the studio until they finished an ethereal, abstract and somewhat fluffy planet in which viewers will discover, or at least image, the deepest part of their being.