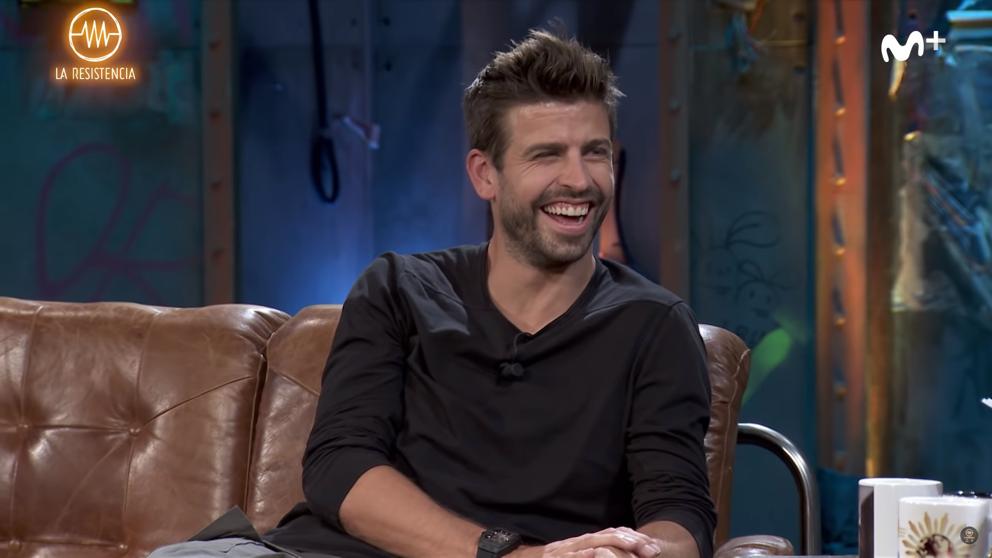 Gerard Piqué he came back last night by surprise to
The resistance
, practically the same as when went to the program for the first time David Broncano
from Movistar +. "It has been re-coupled," they said on the networks. The Barça player is a provocative declared Y The resistance It is not far behind. They received him as if he were Luis Figo for his "betrayal" after having gone to The Anthill on Wednesday and Piqué remembered the guest who last night went to the Pablo Motos program: Santiago Abascal
.

Between joke and joke the Catalan soccer player asked Broncano if he would invite the Vox leader to The resistance. The answer was a blunt "no" and added that "if I were to The Anthill (during the interview with Abascal) I would say that Jandro happens and I would surprise you with surprise. That he will look at you like vampires when they see the light and you just passing very slowly ahead. ” Both burst out laughing at the picture.


‘The Resistance’ in the Magic Box?

The Davis de Piqué will feature Shakira at the closing show

In the crazy interview Gerard Piqué revealed exclusively that the Davis cup, which he now organizes, will feature a great show with renowned artists to inaugurate and close it. He kept the name of who would act on the first day, but said that Shakira would be responsible for putting an end to the tournament that will be played November 18-24.

Another surprise he announced Pique is that it has been proposed with Broncano make a double program of The resistance from the Magic Box itself where the Davis. They want to take the trolled and black humor to the venue to record before 3,000 people a week before the tournament. In addition, footballer and presenter have challenged a doubles match in which they will try to pair with top-level players.

In the previous visit to the program, the Catalan central undertook to bring a gift to the comedian, but since this visit was by surprise he forgot the gift. Even so, Broncano made him a prisoner by asking him to buy them “something expensive” live on Amazon. They found a marble sculpture of Confucius two meters high and valued in 37,000 euros. Piqué, laughing, tried to drain the bulge asking to pass the link and "we look".

One of the novelties of this season in The resistance is that guests can look at a mysterious box. Only they can see inside after signing a contract in which they agree not to disclose what there is or face a fine of 50,000 euros. Gerard Piqué read the contract well -Broncano joked that he could sign an assignment to Burgos- and when he saw the interior he seemed to enjoy. He held his gaze for a long time and his reaction is far from the guests who ended up feeling retching.

The visit of the Barça center ended without any controversy, unlike the first occasion in which he repeatedly joined Espanyol. It was a program in which he was tempted by Broncano, as when he asked if he had seen Sergio Ramos' or Varane's documentary, but Piqué preferred not to bite anyone new and did not hesitate too much.