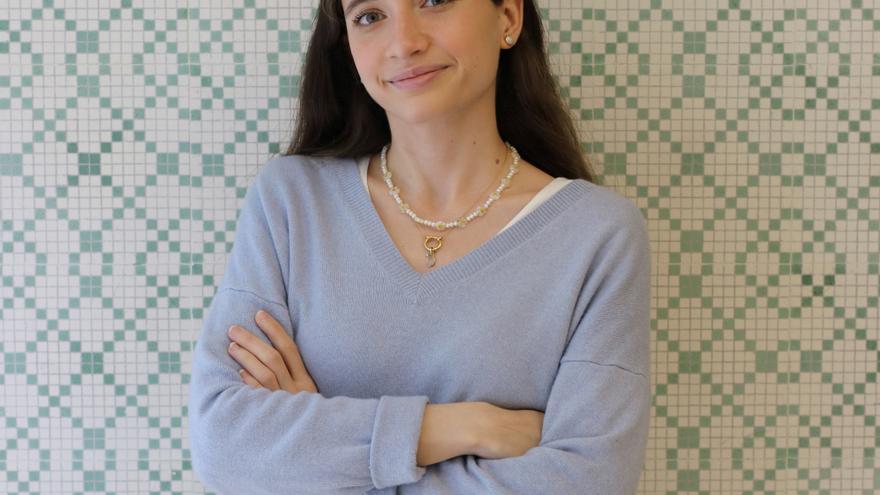 Madrid, Jun 6 (EFE) .- By chance, while finishing her degree in Exact Sciences, the soprano Pilar González Barquero ended up in the theater playing Narcisa, Lope de Vega's first love. Now he no longer thinks about algebraic operations, the "bug" on the stage got in his way.

Without intending it, he is part of the cast of the baroque cabaret "Oro y Plata de Ramón", inspired by Ramón Gómez de la Serna, which combines texts from the Golden Age with the Silver Age, flamenco with opera, the cuplé with Cole Porter, in a symphronism that backs up the work and the history of the writer.

"I came to the play by chance," the actress Pilar Gónzalez Barquero comments in an interview with Efe (Badajoz, 1998). In fact, his intention was to join the philosophy classes taught by Antonio Castillo, director, actor and author of the play along with Ignacio Rodulfo, but the result was that shortly after he took the stage.

He assures that he had always liked interpretation, in fact his link to art came when he was 6 years old with his first piano lessons; At 16 he began to study singing "seriously", although it was a discipline that had been part of his day to day since he was 12.

However, when he had to choose, he opted for studies in the antipodes of art, the Faculty of Exact Sciences, where in January 2021 he graduated.

"My mother has always instilled in me the most artistic part of my training, but my father and my grandfather are mathematicians and that was what decided me," she points out with some pride because she was not discouraged by the change in discipline after the race.

The "bug" for perfecting his vocal skills prevented him from leaving singing classes, which he resumed in Madrid. "At first I would travel to Badajoz on weekends, to continue with my teacher, but there came a time when it was unfeasible."

A balance between studies and music, which has been combining with little sleep, despite acknowledging that music was an escape valve to study "something so intense."

"In the end, when you like things, you have no choice. It is about taking advantage of the time you have and if you have to give up staying with your friends or traveling to see your family, you do it," he says emphatically. "There is time for everything, it is about condensing it."

Arriving at actor Antonio Castillo's classes put her in contact with the soprano Mariví Blasco, who is also part of the cast, and together they gave her the final push to become part of the work in which she plays various characters.

"I am passionate about singing and acting. My intention is to train myself more every day and consolidate myself to have a future" within interpretation and singing. His inspiration has been María Callas, but he concentrates on his colleagues his main impulse to continue.

Shyly, she assures that, although she does not know the way, she is willing to face the projects that come. "I do not close any doors," he indicates with the clear intention of taking risks in a profession that he considers demanding.

Perceiving the audience's reaction is "exciting" and she is "impressed" by acting in a great theater, although she feels supported by her colleagues who have always given her "trust and support."

At 23, she never imagined that her beginnings on stage would lead her to play various characters, some, to be honest, not very different from her. "Although at first I was very embarrassed, with everyone's help I feel safe on stage", a path from which she does not now intend to depart.