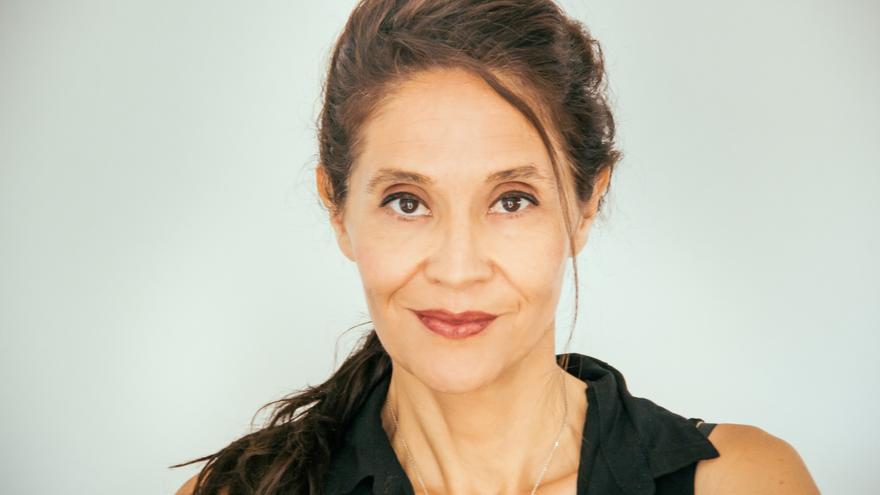 Summarizing the literary career of Pilar Fraile in one paragraph is complicated, because the list of works that she has signed would fill at least one page. He has touched all genres, from poetry to the screenplay, passing the short story and, of course, the novel. The last one is titled Days of euphoria (Editorial Alliance, 2020) and she is currently one of the ten finalists for the Critics Award of Castilla y León, which will be decided in the coming weeks.

The irony is present in all the pages – exacerbated in some situations – and with it the criticism of the current lifestyle, in which people advance without thinking about where they are going. And without looking around, as with the protagonists of the novel. She herself comments to elDiario.es by phone that: “in the book no one listens to anyone. Everyone sees what the other does and judges him, but in reality they live as in their own movie.” They are so absorbed that they do not realize that there are certain ties that unite them and that would explain many things. But while they may seem mean, that self-absorption also makes them human. Because even though the universe that Fraile raises borders on dystopia, it has more of a present than a future.

He has worked practically all literary genres. What attracts you the most about each one?

Each genre is a different world. About poetry I like the immediacy of writing, because it gives you a brutal energy, it is very cathartic. Besides, I am a writer who is very intuitive. I have a kind of strong connection with the unconscious and poetry is very liberating and allows me to explore that symbolic world in a very enjoyable way.

From the prose it fascinates me to be able to tell stories, the construction of characters. I am very excited that when you build a fiction it is like you have created a world that comes to life and with which you can dialogue. As if you have created a new space in the world. And on the other hand, it allows you to reflect on ethical and political issues that are perhaps the ones that motivate me the most.

What was the origin of this book? Where does the impulse to write it come from?

First it came to me like the form, I had characters like that a little crazy who talked or rather monologized. That was there as if floating in consciousness, a kind of tone, as if the style had come with the hunch of the times.

Many of the situations that occur in the novel could be happening already, even when the plot is set in the future. Are we living in a dystopian present?

I finished writing the novel a year or so ago and during this time everything has accelerated a lot. Things that we raised as a five-year term, suddenly have come true and are now our life, as the issue of virtual relationships. There are also other things that could happen in the near future but whose emotional and moral structure is already beginning to be ours. In this sense, I think that the reader can identify very quickly with the reactions and with the emotions or even with the values ​​of the characters.

He criticizes technology and the processing of personal data on the Internet. Is there a negative part in the supposed social advances?

I think there is one thing that worries us all related to technologies and that is that they allow a capacity of control over our private lives that is quite scary. But it is not even the fear that our private life may be inspected, that what we do is known, but that our opinion and thoughts will be influenced in a way that was hitherto unknown.

In addition, all the algorithmic structure that is used for that is being perfected day by day. Do not forget that the best minds of our generation are now working on it. And they go very fast, more than we can manage to counteract.

In the future that is proposed in the novel, there are very few children and they are treated as untouchable beings, who cannot be scolded. Why?

That is one of the most dystopian elements of the novel but that we also already live in some way. In our country we have a very low birth rate and we don’t even know if it will continue to decrease. And I think there has been a change in the consideration and treatment of abysmal childhood by the generation now in their thirties and forties who are having children.

In today’s developed societies, children are precious. There are very few, they are usually only children and their status in society has changed. And I think it’s going to get worse.

Has that change been for the better or for the worse?

Obviously there are aspects that have improved, such as that they are considered willing subjects. But I think there is another part that is not so positive and that is that the life of the adult is overturned too much in that of the child. And that makes the lives of some adults very skewed, especially those of women.

It is a troublesome issue. Perhaps now the father participates more in the upbringing and is physically present, but the woman has turned her identity on the son even in a more violent way than before.

There are two very important figures in the book, the guru and the coach, that they have many clients, is the western human being lost and needs someone to tell him what to do?

It is an issue that worries me a lot and although the novel is treated with a humorous tone, I think it should be thought about. We have a lack of independence with regard to decision making that is very paradoxical because we are supposed to be at a time when we have more data and more information to be able to make them. But there is an emotional blockage.

We are very afraid to make decisions and it gives the impression that we need external support: the psychologist, the coach, the guru, the self-help book that tells you the steps you have to follow. And it is very common, we have all been there at some point.

According to the novel, the path that society is taking is not very encouraging, is there still time to change course?

When I make fiction, I try to give a kind of warning that this could happen and we should reflect on it. And I believe that yes, we should have the ability to change. It seems to me that we have been fleeing for many decades, accelerated by technologies and by the brutal advance of the capitalist structure in all areas of life. I think we lack good ideas to rebuild ourselves, but I do have hope that in the near future we will be able to generate a new way of understanding things.