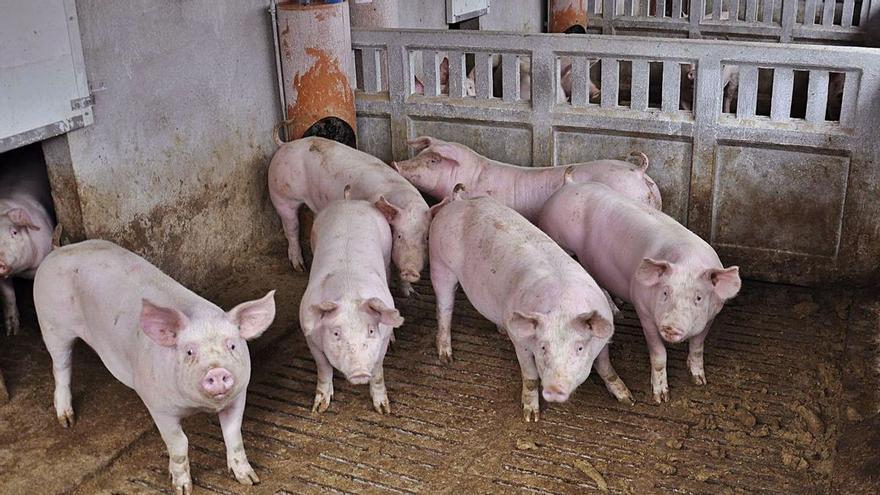 In Aragon exist 7,275 intensive livestock farms and the pig is the most important sector with 4,300 farms, the 59% of the total. In addition to those dedicated to pigs, there are 2,300 calves, 500 poultry, 90 rabbits Y 85 dairy cows, according to sources from the Department of Agriculture of the Aragonese Executive.

According to data from the last pig cattle census (May 2021), in Aragon there are 9,201,940 pigs between piglets, fattening pigs, boars and breeding sows. This data reflects an increase in approximately 400,000 animals since November 2020, the previous data. This high number of cattle is distributed in farms located throughout the community that are dedicated to pigs. Of these, a total of 1,010 (the majority located in Huesca) are obliged to report your emissions due to its large size.

Currently, Aragón is the community that leads the national pig production with 26% and more than 15 million pigs every year. In addition, it is the second community in terms of exports with 26%.

In Aragon, the pig is a 45% of final agricultural production. The entire production complex that revolves around pig production (farms, feed factories, slaughterhouses, associated meat industry, transport and associated direct services) represents a 3.5% of the community's GDP.

Despite the high number of head of pigs registered in the community each year, both the Government and the Union of Farmers and Ranchers of Aragon (UAGA) agree that in the community there is no farm that can be classified as "macrofarm". "There are limits set by the Government of Spain and you cannot have more than that number of animals, in Aragon none is passed. Here we do not have large farms", says David Uritea, owner of a pig farm in Lécera and representative of UAGA.

The government points out that state boundaries are marked in 864 units of large livestock, that is, there can be no more than 7,200 fattening pigs or more than 2,800 breeding mothers. "Intensive livestock farming is necessary so that the meat can reach all consumers at a reasonable price. Raising pigs extensively is not viable," says Urieta. "Family farms, which is what we have in Aragon, are not large farms but rather the ones that provide employment, they are the ones that fix the population and those that populate the depopulated areas," adds the rancher.

In order for a new farm to be carried out in Aragon, UAGA reminds that it is necessary the permission of the Aragonese Institute of Environmental Management (INAGA) who evaluates the space where it will be installed and the size. "We have to be one kilometer from each other, two kilometers from slaughterhouses and one kilometer from urban centers," Urieta lists.

Aragon has its own legislation regarding the elimination of waste. The community is committed to the use of slurry as natural fertilizers thus investing in the circular economy. In addition, since last July the construction of facilities in protected areas and their areas of influence has been restricted.

Since 2019 in Aragon there are already 11 municipalities that are considered "saturated areas "That is, where, due to the recorded amount of nitrates per hectare, new farms cannot be built or existing farms can be expanded.

The pig is not the only species that is raised intensively in Aragon, but it is the only one that has a regulation on the maximum number of animals that can be in the same farm.

The Government assures that they are working on the Law for the Protection of Family Farming and Agrarian Heritage which is already in the Cortes and which will limit the number of places on the farms for the rest of the species. In the case of the bovine sector, the limit would be set at 4,100 calves.