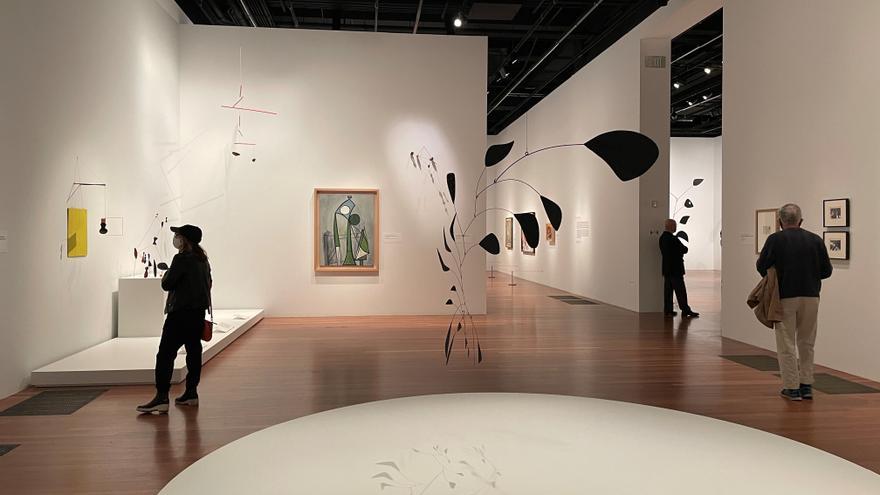 San Francisco (USA), March 5 (EFE) .- An exhibition on Pablo Picasso and the American Alexander Calder will reopen this Saturday the De Young art museum in San Francisco (California), after being closed to the public for almost a year by the covid-19 pandemic.

The Malaga artist and the American sculptor, famous for their innovative mobiles, were two of the most revolutionary and influential figures in 20th century art, and this exhibition highlights the vital and artistic links between the two.

As soon as they enter the venue, two wire acrobats designed by Calder welcome the visitor and take them into the world of the circus, a universe that inspired both artists and that immediately received their response with “Acrobate” by Picasso, a painting in the one in which the human figure expands and lengthens until it occupies the entire canvas.

From there, the cubist paintings of the man from Malaga enter into a constant conversation with the American’s mobiles on aspects as varied as space, movement, color and sensuality.

Picasso and Calder met in 1931 in Paris, the capital of revolutionary art at the time, and since then their paths crossed on several occasions, the most relevant of which was at the 1937 International Exhibition in the French capital, when both artists created works for the Spanish pavilion commissioned by the Republican Government.

At the request of the architect Josep Lluís Sert, friend of both, Calder created the work “Fuente de mercurio”, in homage to the mines of Almadén (Ciudad Real), which at that time were being besieged by the troops of the Francoist side in the War Spanish civilian, while Picasso contributed what would end up being his best-known work: the “Guernica”.

During their years in Paris, Picasso and Calder were invited to their respective exhibitions and corresponded (part of which is displayed in the exhibition), while their styles, techniques, and the themes they explored continued to intertwine.

Both artists were fascinated by ideas such as chance and irrationality, and reflecting in their works the concepts of volume and emptiness, something that Calder achieved through three-dimensionality and movement on his mobiles and for which Picasso resorted to decomposition and geometry.

In total, “Calder-Picasso” displays more than one hundred paintings, sculptures, drawings and photographs by the two artists, and can be visited at the De Young Museum, in San Francisco’s Golden Gate Park, starting on Saturday (free admission day for residents) until May 23. EFE