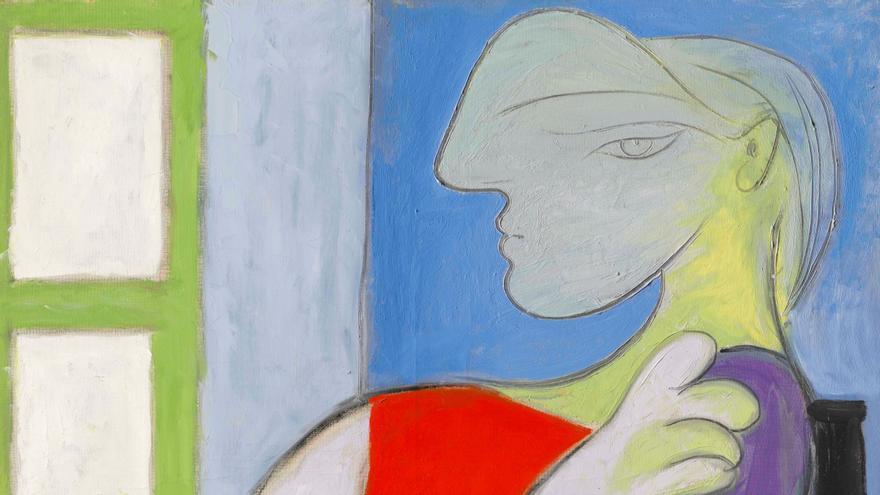 New York, May 3 (EFE) .- The portraits of Pablo Picasso continue to be among the most desired pieces by millionaires and art lovers, one of which could exceed 55 million dollars in the most important auctions of the year that will be held in mid-May Sotheby’s and Christie’s, which this Monday opened the doors of their galleries to show off these pieces.

“Picasso is one of the most popular artists in his industry. We have countless clients who ask us to let them know when we have masterpieces by the artist. It is a truly global audience, from the US, Europe, Asia …. Around the world “, tells Efe Vanessa Fusco, the co-director of the 20th century evening auction that Christie’s will hold next week.

A good example of its popularity is Pablo Picasso’s large, vibrantly colored portrait of his muse and lover Marie-Thérèse Walter, which Christie’s estimates will fetch $ 55 million at auction on May 11.

THE “YEAR OF WONDERS”

“Femme assise près d” une fenêtre (Marie-Thérèse) “is almost a meter and a half high and 1.14 meters wide, and its enormous value lies in the exceptional character of the piece, since Picasso normally painted Marie- Thérèse lying naked, with her eyes closed and lost in her own thought, but in this she appears sitting on a black chair near a window.

“Also, it was painted in 1932, which is considered Picasso’s ‘year of wonders’, and everyone wants one of his 1932 works,” explains Fusco. “To have a painting like this one from 1932, of this scale and this level of color and exuberance is very exciting for Christie’s,” he adds.

Along with this outstanding painting by the Spaniard, the auction house will also sell two slightly more modest works next week, Picasso’s “Femme dans un fauteuil”, painted in 1941 and estimated to have a value of between 15 and 20 million dollars, and “Tette de femme”, painted in 1940, for between 2.5 and 3.5 million dollars.

THE KEY TO ITS POPULARITY

Fusco believes that Picasso’s persistent popularity in the auction market lies in the fact that the artist managed to “maintain his relevance throughout his career, continually reinventing himself”, together with the fact that his works have become timeless. because “many artists today are influenced” by the artist from Malaga.

Sotheby’s has also included among the most outstanding pieces of the auctions this spring another portrait of a muse by Picasso, but this time by Françoise Gilot, with whom he had a relationship for a decade and with whom he had his two children, Claude and Dove.

“Femme assise en costume vert”, which could fetch 18 million dollars, belongs to an exceptional group of paintings that the Spaniard created in the winter of 1952 and the spring of 1953, during the time when Picasso and Gilot lived together with their children in the villa “La Galloise in Vallauris”, in France.

This is the first time that this painting has been auctioned in the last 35 years, and also the portraits of Gilot, who will turn 100 next November and who has written books about his relationship with the artist, are seen much less frequently in the market than those of Marie-Thérèse.

“He’s a genius,” Julian Dawes, co-director of the Impressionist and Modern Art Department at Sotheby’s in New York, says bluntly when discussing Picasso.

“It is not easy to make images that last over time and that have such a universal appeal and that move not only the public in museums and galleries, but other artists,” he argues.

In addition to Picasso, Haitian and Puerto Rican American Jean-Michel Basquiat will also dominate both Christie’s and Sotheby’s auctions.

His large piece “In This Case” occupies the most prominent wall of the Christie’s galleries, located in the heart of Manhattan, and has been valued at about $ 50 million, while his “Versus Medici”, valued at a minimum of 35 million and maximum of 50, she is one of Sotheby’s pretty girls of the season.

Claude Monet is another of the spring’s “highest paid” artists, with his “Waterloo Bridge, effet de brouillard” for sale at Christie’s auction, which has estimated its price to be around $ 35 million, and his “Le Bassin aux nymphéas “for sale at a Sotheby’s auction, where it is believed to exceed $ 40 million.

Joan Miró will also have a prominent role, with “Peinture”, a painting that he gave to his friend Amadeo Modigliani and which will now sell for between 12 and 18 million dollars, while a painting in blue and green tones by Mark Rothko, “Untitled” is expected to be auctioned for about $ 40 million.

“I use very sober and clean images, with a direct message”