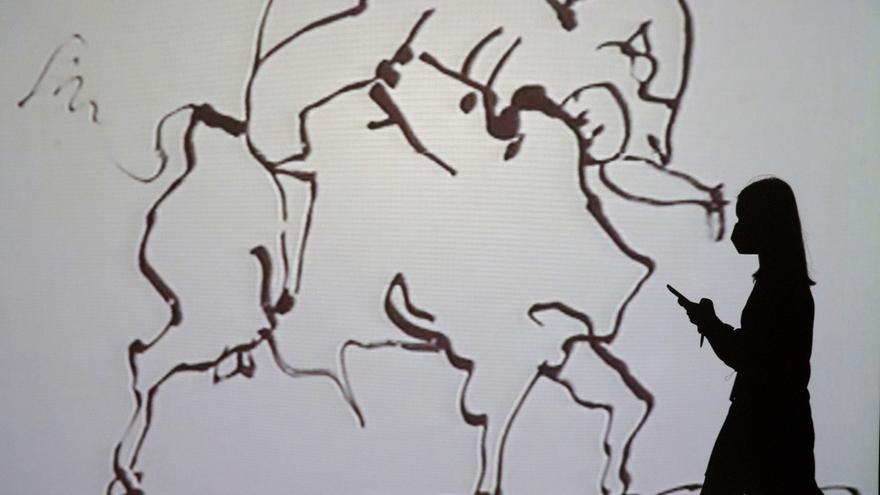 Valencia, Mar 31 (EFE) .- The exhibition “Goya in the eyes of Picasso” allows us to know from this Wednesday the great influence that the painter Francisco de Goya exerted on Pablo Picasso, towards whom he felt a connection not only artistic, but also spiritual and vital, despite the fact that more than a century separates his works.

The Bancaja Foundation of Valencia is hosting this ambitious exhibition until July 25, in which through more than 250 works, mostly engravings, it is possible to confront the work of both painters and observe “directly how Picasso was really inspired in Goya “, from whom he borrowed some scenes.

“We are going to have that connection in front of our eyes”, said the curator of the exhibition, Lola Durán, during the presentation of the exhibition, which exhibits some works by Picasso never exposed to the public, such as the illustrated books “A los toros con Picasso “(1961),” Bulls and Bullfighters “(1961) and” The card of bullfighting “(1963).

The exhibition, in which the Ibercaja Foundation participates, is organized into four areas, the first of which is “Mirada de Jóvenes”, which collects the earliest production of the painter from Malaga, already inspired by Goya’s work, after discovering it for the first time in 1895 on a visit to the Prado Museum.

In this part, works such as “May 2, 1808 in Madrid” or “The Fight with the Mamluks”, by the Aragonese painter, face a War of Independence from Picasso’s youth, as well as others related to bullfighting, where you can see that inspiration.

The second is “The dream of reason produces monsters”, in which Goya’s engravings coexist in his mature stage, when his facet as an engraver acquires more force, with the graphic work of Picasso from the early 1930s.

Among the works, one can see pieces from the Goya series “Los disasters de la guerra”, “Los disparates” and “Los caprichos”, along with others by Picasso belonging to the collections “Suite Vollard” and “Sueño y mentira de Frank”.

In third place is “La Tauromaquia como fiesta”, a space with the bullfight as the protagonist, a passion shared by both artists.

And, finally, “Goya in Picasso’s texts”, which shows the extent of the impact of Fuendetodos’s genius on the work of the man from Malaga, even in texts and poems from the 1950s.

The influence of Goya, whose birth is 275 years old, on Picasso goes beyond art: this takes on “not only forms and compositions”, but also “biographical parallels, even personal”, exist between them.

“Picasso feels reflected in Goya, in his rebellion, his individualism and in that confrontation that both have in front of the classicism”, has affirmed Durán, who has emphasized that another of his connections is the fascination that both felt for the bullfighting festival. .

Another parallel between painters is their criticism of absolutism and the Church.

Thus, in the series “Sueño y mentira de Franco”, Picasso denounces the Franco dictatorship and the Catholic Church as an accomplice and is directly inspired by many of the Goyesque prints of “The disasters of war”.

The exhibition also includes the projection of audiovisuals, as well as the reproduction of photographs of the “Reportage sur l’evolution de Gernica”, taken by Dora Maar during the execution of the painting in the painter’s studio in Paris, and a report on the process of creation of “La Tauromaquia” by Picasso, enhanced by David Douglas Duncan at the villa Le Californie in Cannes (French Riviera) in 1957.