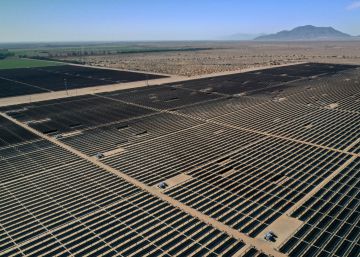 The future regulations on access and connection to electricity networks, key to the development of renewable energies, are in full legal process. It is, on the one hand, a draft royal decree, which the Ministry of Ecological Transition launched for a public hearing in July, and a circular from the CNMC that would complete the future regulation. Both rules could go into effect at the end of September or October.

After a tough fight between the two institutions for competencies that they share, although the greater power corresponds to the ministry, it drew up a RD proposal that sets the expiration date of the avalanche of down payment requests accumulated in recent years (up to 430,000 MW when the system Spanish only has a capacity of 105,000 MW, which shows its speculative nature); the types of permits and milestones that investors must meet as well as a three-month application moratorium (from June 24), until the approval of the new regulations.

In its allegations to the royal decree, the Spanish Photovoltaic Union (Unef) applauds a rule that simplifies, gives transparency to the process and “discourages agents who do not add added value.” However, the association asks that no barriers be placed on small and medium-sized companies.

In this sense, it calls for a new framework “that positively discriminates against those projects that are more advanced compared to those that are not”, even though the term has expired. Faced with the possibility set by the second transitory provision of the RD that promoters with expired permission or who have renounced it, request it again for the same connection point (they would have preference) Unef proposes the celebration of “an open contest”. The association considers this option “more in line with the law”, while the Government’s proposal would entail a “judicialization”, as it is discriminatory and not very objective and transparent.

Unef asks that, immediately after the decree enters into force, the system operator (REE) publish the available capacity and that agents be given one month to make requests for this capacity. Once the term is over, in the nodes with more demand than supply (available capacity), “a merit contest is established based on the criteria of administrative maturity of the projects.”

In its assessments, the association predicts that, once the current request moratorium ends, there will be a call effect or window effect, with many more requests than available capacity. A situation that would call into question the adequacy of the criterion of temporal priority that is currently in force. One more reason to justify holding a contest, “which would reward the most advanced projects, discarding the rest,” according to Unef.

The second transitory provision, insists this association, “grants a preferential right to developers who have been blocking access capacity for more than seven years without putting their facilities into operation, which is why their access rights would have expired.”

Thus, instead of a “re-fishing” for projects with expired permits, a contest would be held in which all agents can compete on equal terms. For Unef, “this contest must be designed in such a way that mature projects are filtered according to non-discriminatory requirements, eliminating speculation, but without discouraging promotional activity or harming small producers.”

The association rejects, on the other hand, the amount of the guarantees established by the draft royal decree to be able to benefit from the second transitory provision (250 euros / kW), as it has a dissuasive effect, represents a barrier for small investors and also ” it is not justified in a context in which criteria are being incorporated to filter mature projects ”.

In this sense, it proposes guarantees of 40 euros / kW and that the guarantees take into account the priority of the applications already in progress over the new ones and the allocation of capacity in case of shortage.