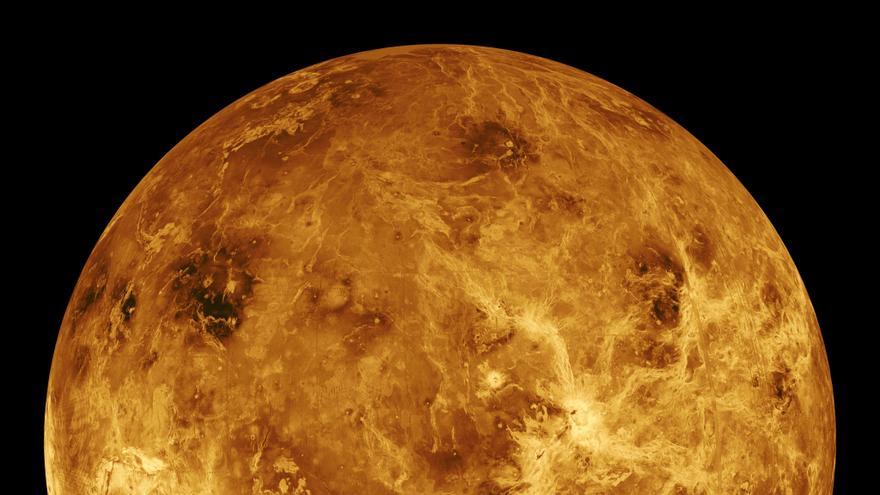 The Phosphine, phosphane or phosphorous trihydride (PH3) is a colorless, flammable, toxic and odorless gas in its pure state, although it often smells like garlic or rotten fish when it is presented together with other similar compounds. This substance is found in environments such as bogs or feces.

On Earth, only some anaerobic microorganisms produce phosphine, in addition to that which is generated artificially in industrial processes. It is used, for example, in the manufacture of semiconductors to introduce phosphorus into silicon crystals.

This week, an international team of researchers led by Professor Jane Greaves of the University of Cardiff (UK) reports in the journal Nature Astronomy They have detected phosphine in an unexpected place: the atmosphere of Venus.

The finding has raised expectations for whether some form of life was behind the existence of this gas on our neighboring planet, although the authors point out more possibilities: “PH3 could originate from unknown photochemical or geochemical processes or, by analogy with its biological production on Earth, due to the presence of life “.

In the Earth’s atmosphere (with an abundance of parts per trillion on a global scale) this molecule is exclusively associated with anthropogenic or microbial activity, and in the solar system it is found only in the reducing atmospheres of the giant planets, where it is produced in deep atmospheric layers at high pressures and temperatures, to later rise upwards by convection.

However, the solid surfaces of rocky planets, such as Venus, present a barrier to their interior, and phosphine should be rapidly destroyed in their highly oxidizing crusts and atmospheres.

A marker of possible presence of life

In fact, PH3 has been proposed as a biosignature whose detection could indicate the potential existence of some form of life on these planets, although its observation is complicated since many of its spectral characteristics are strongly absorbed by the Earth’s atmosphere.

To figure it out, Greaves and his colleagues observed Venus with two of the telescopes best equipped to record submillimeter radiation: the James Clerk Maxwell telescope and the Atacama Large Millimeter / submillimeter Array (ALMA), in 2017 and 2019 respectively.

In this way they detected a spectral signature that is unique to phosphine and estimated an abundance of 20 parts per billion in the clouds of Venus.

In principle, conditions on the surface of Venus are hostile to life, but the environment of its upper cloud layer, about 53 to 62 km above the surface, is temperate. However, the composition of the cloud masses is very acidic and, under these conditions, phosphine should also be destroyed very quickly; but there it appears.

The authors have analyzed different ways in which PH3 could be produced, including possible sources on the planet’s surface, volcanism, micrometeorites, lightning or chemical processes that are occurring within the clouds. At the moment they have not been able to determine what generates the traces of phosphine.

Although they do not totally rule it out in their study, the authors argue that its detection does not constitute solid evidence of microbial life and only indicates that potentially unknown geological or chemical processes are occurring in our neighbor.

The authors point out that more observations and models are needed to study the origin of this gas in the atmosphere of Venus and that other spectral characteristics of PH3 should be sought, in addition to suggesting that a sampling in situ in its clouds and surface would allow to closely examine the sources of this gas and solve the mystery.

“Many are afraid to tell their companies that they are pregnant”