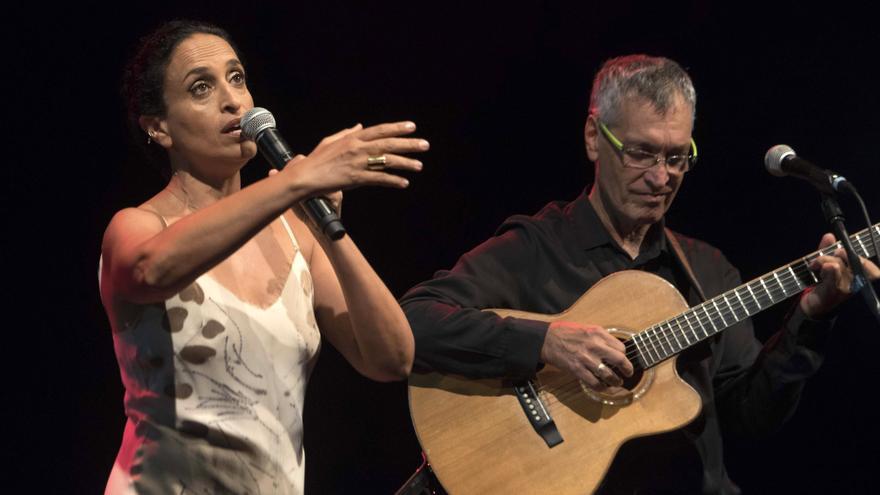 Mahón, Jun 18 (EFE) .- The French philosopher and writer Edgar Morin, a former member of the Resistance and about to turn 100, "met, ignored and recognized" Albert Camus, whom he considers an example of "inflexible morality" and has bet, like him, for the understanding between the countries of the Mediterranean.

The words of Edgar Morin (Paris, 1921) in the acceptance speech of the Albert Camus Mediterranean Prize, have been heard this Friday through a video, since he has not been able to attend in person at the Teatre Principal de Mahón, where the award ceremony to the sociologist, philosopher and writer.

Camus "I knew him, I didn't know him and finally I recognized him," Morin said. They met during the German occupation and I already appreciated him as a writer. And he knew he was in one resistance network, the Combat network, while Morín was in another. And after the liberation of Paris, they met several times, "always in a very cordial way, since he was a bright and very open person."

However, Morin was at that time a communist and thought that you had to be pragmatic and that the end justified the means. Therefore "when Camus took that position, so noble and so beautiful, I did not understand it at the time. It took me a few years, a few years, 3 or 4, to understand the just depth of Camus", someone with "inflexible morals" and that was an example for him.

"While French intelligence was in a state of ethical, conceptual and intellectual degradation, Camus was an example," recalled the French philosopher when he was awarded the prize.

For this reason, receiving the Albert Camus Prize has been for him a way of reconnecting with the Nobel Prize and reestablishing "the lost contact".

For a long time, Morin has campaigned for understanding among the peoples of the Mediterranean "and for all that we have in common through our formidable diversity."

Morin was awarded for his work as an interdisciplinary thinker, his free and constant reflection on the human condition and the future of the planet, which have made him an essential ethical reference in our world, as highlighted by the Albert Camus Prize jury, who chaired the director of the Instituto Cervantes, Luis García Montero.

The French thinker Edgard Morin, who turns 100 next July, was recognized "for his rejection of dogmas, his thinking about uncertainty and the ways to face it."

This afternoon, in a ceremony presented by the Minorcan actress Laura Pons and the journalist Rosa María Calaf, the first Incipiens Prize was also awarded, which supports journalistic reflection projects, and which has gone to the Algerian Abdo Shanan for his work "A Little Louder ", which recounts the reality of the revolts in the Mediterranean centered on Algeria.

Shanan (Oran, Algeria, 1982) collects in this work the voice of the Hirak citizen insurrection, through portraits of citizens, often anonymous, whom he also interviews.

After the awards ceremony, the Israeli singer Noa has performed with the musician Gil Dor several songs from her latest album "Afterallogy", which she released at the end of last April, in addition to other pieces from her previous album "Letters to Bach ".

With this act, the third edition of the Albert Camus Mediterranean Trobades has begun, which is held under the slogan "There is no life without dialogue", attended by Moroccan and Algerian, Palestinian and Israeli, French and Spanish authors in Sant Lluís, their hometown of the grandmother of the French writer.

Sandra Maunac, director of the Trobades, highlighted how these meetings are intended to "promote rebellion", a space for critical reflection on both sides of the Mediterranean, a unity in their diversity and to be a "counterweight to the economic thought that dominates our societies."