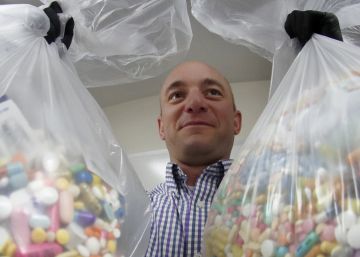 Purdue Pharma, considered one of the main responsible for the opioid crisis in the United States, reached an initial agreement to resolve the legal dispute that confronts him with a good part of the states and localities of the country. The Stamford (Connecticut) pharmaceutical company, which markets OxyContin, agrees to pay up to $ 12 billion and the owner family agrees to cede control of the company. With this, the company would declare a suspension of payments immediately.

The negotiations, that have been ongoing for months, were blocked this past weekend. The bankruptcy option made its way. That would have left him out of the first federal trial, scheduled for next October. The pact announced is in any case partial, with 23 states and excludes some of the most important, who choose to continue with the litigation.

The basic offer for the pact would be very similar to the one that met two weeks ago to resolve the 2,000 lawsuits filed, which transcended after the health conglomerate Johnson & Johnson were sentenced to pay 572 million dollars for addictions caused by your medication. The sanction was much lower than expected and set an important precedent.

The OxyContin began selling in the US two decades ago. He soon became one of the most popular analgesics, since his potency exceeded that of any rival. Purdue is not quoted, so you are not required to publish your business figures. It is estimated that pain treatment generated more than 35,000 million in sales. That made the Sackler family one of the richest in the country.

The US faces a major public health crisis. Nearly 40 states filed lawsuits against the pharmaceutical and other companies, in a coalition with which they sought compensation for all the costs that have had to bear for the addictions and the losses caused. The money raised will go to prevention and treatment programs for those affected.

The Sckalers (the family), for their part, would have committed to allocate 3,000 million of their fortune. To this amount would be added another 1,500 million for the sale of Mundipharma, another business controlled by Purdue. It is not clear yet how the pact would be, because there are states like New York, Connecticut and Massachusetts that wanted an additional guarantee of 4.5 billion of the family.

The attorneys general of North Carolina and Tennessee tried, however, to keep the negotiation alive by offering a revised pact that could achieve the greatest possible support from states and localities. The litigation recalls the one who threw himself against the tobacco companies. The lawsuits accuse Purdue of having made deceptive campaigns that minimized the risks associated with their consumption.

"The families that were damaged by Purdue and the Sacklers spoke loudly and clearly," says prosecutor Maura Healey of Massachusetts. “And they demand real responsibilities. That is why we will continue to fight to achieve it. ” He believes that all the facts about what the companies and their executives did should come to light. William Tong, another prosecutor, says nothing has changed and that no one can be allowed to break the law.

The pact, when finally finalized, will be the largest outlay in the history of the pharmaceutical industry. To date, the most important reached the 4,850 million dollars that the Meck company had to pay in sanction in 2007 for Vioxx arthritis treatment, which had to be withdrawn from the market due to the risk of heart attack. He received 60,000 demands from individuals. Other, GlaxoSmithKline, paid 3 billion dollars in 2012 for the problems associated with two antidepressants.

Sánchez announces urgent aid for the victims of the storm Gloria