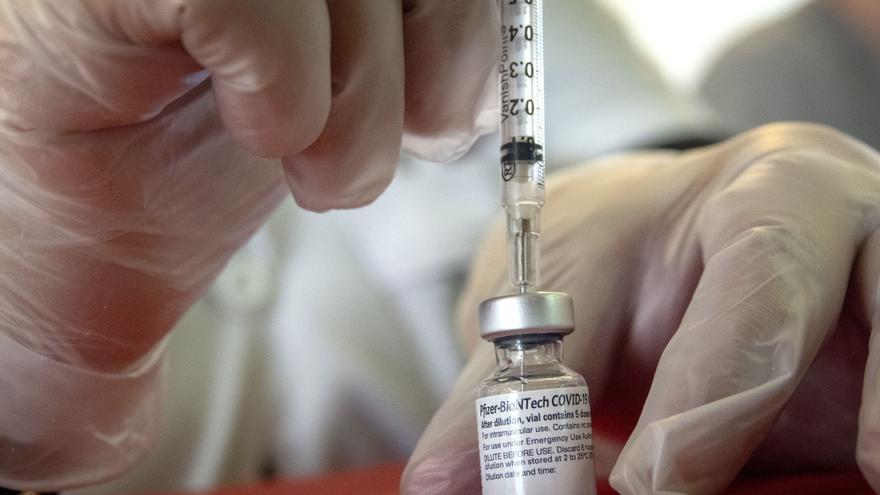 Just look at the summary of the Spain vaccination status to see how the Pfizer option has been imposed: of the 55 million doses administered until July 28, more than 38 million correspond to this drug. 70% of the total.

Based on these data, the US company has recalculated the revenue it expects to obtain with its SARS-CoV-2 vaccine throughout the year. They now award this preparation 33,000 million dollars (27,764 million euros) compared to the 26,000 million dollars (21,875 million euros) previously calculated. It’s a 27% increase. They expect pre-tax profits to be around “the high 20% range” with respect to those revenues, as the pharmaceutical company has stated in its results presentation.

The creation of vaccines against the pandemic in record time has been a scientific milestone. By the end of 2020, several remedies were available, and when the massive vaccination campaign began in Spain and the European Union, two products were leading the process: Pfizer / Biontech and AstraZeneca-Oxford. The latter was the great hope to reach the greatest number of peopleIt is four times cheaper than Pfizer’s and did not require such severe cold storage conditions at the time.

However, at the end of January AstraZeneca announced that it would not be able to send all the committed doses to the EU. A strong controversy arose between the pharmaceutical company and the countries of the Union that, finally, had to accept the 50% reduction in shipments planned until March. First reputational crisis.

But the worst thing was the reversal of the image that was generated when some adverse effects of thrombosis were reported, very rare but which raised great alarm in Europe. Several countries, including Spain, Germany and France, decided to stop the use of the drug until receiving an evaluation from the European Medicines Agency (EMA). The EMA saw on April 7 a “possible link” between serum and thrombi, although it maintained his recommendation to administer it to all population groups.

There was no way to go back: for April 14, Spain opted to inject AstraZeneca only to those over 60 years of age. It was even endorsed to use those of messenger RNA technology, Pfizer especially and Moderna, to complete the guideline for those people who would have received this vaccine as the first dose. In fact, although in the first moments the majority of citizens chose to maintain their second dose with AstraZeneca, scientific evaluations have ended up showing lhighly effective vaccine mix.

Once this situation was established, the pharmaceutical company has been signing new contracts with both the US and the European Union to increase shipments of its product. Pfizer has explained that its upward revision of income has been due “to the additional supply agreements that have been signed from mid-April to July.”

Last May, the company signed a new commitment with the European Commission to send 900 million doses “with an option that the EU requires up to an additional 900 million,” the pharmaceutical company explained to potential investors. This supply is planned to take place, monthly, from December of this year and “until 2023”. They are an “extra” game with respect to the 600 million doses committed for this 2021 when European countries begin to slide that a third dose will be necessary.

Similarly, this month, the US government has agreed to buy another 200 million doses in addition to the 500 million that the North American country announced in June that it would acquire from Pfizer to, they explained, “donate to the poorest countries.”

The same day that the company presented these results and expectations, on July 28, the World Trade Organization (WTO) gave another kick forward on the proposal to lift the effects of patents on anti-covid vaccines to multiply the manufacturing of doses.

The session ended with a commitment to hold “more informal negotiations in September.” The EU ambassador to the WTO stated that “the proposed exemption will not increase COVID-19 vaccine production or address any of the bottlenecks that have been identified. In fact, it undermines ongoing collaborations that are based on well-established intellectual property protection. . Y [esa exención] it would have a future negative effect on those collaborations. ”

The initial proposal to suspend patents came at the end of 2020 from a group of impoverished countries, but on May 5, the US Foreign Trade representative, Katherine Tai, announced that President Joe Biden supported the measure. Then, the European Parliament voted in favor to second that suspension and the European Commission opened to “debate the idea of ​​Biden”. At the moment, there is no progress.

“Many countries in Africa currently report a high number of deaths due to the spread of new variants of COVID-19, and their governments urgently need vaccines, diagnostic tests, oxygen and other treatments,” recalls Tom Ellman, medical director at Doctors without Borders. The organization maintains that lifting this shield “would provide countries with an efficient and rapid way to eliminate the main intellectual property barriers and legal risks in the midst of the pandemic.”

Just a few weeks ago, a group of 100 academics of intellectual property signed on July 14 a public petition that provided technical justification for adopting this temporary suspension of patents: “It is a necessary and proportionate measure to boost the manufacture of vaccines for COVID-19.”

Meanwhile, in this same quarterly report, the pharmaceutical company Pfizer has begun to prepare the bases to extend a third booster dose of the COVID-19 vaccine. “The new data shows that a third booster dose given six months after the second elicits five to ten times more neutralizing antibodies to the parent variant and beta of the virus than the two-dose regimen.” It also ensures that antibodies are created for the delta variant. The trials continue, they have announced.

States seem, at least, predisposed to this strategy. This Thursday, the spokesman for Health of the European Commission, Stefan de Keersmaecker, has acknowledged they are “well aware that a booster shot may in fact be necessary.” Just a week ago, the Spanish Minister of Health, Carolina Darias, admitted that “everything points“To what would there be that extra dose. It remains to gather” more scientific evidence “on when and to whom, added last Monday the Secretary of State for Health, Silvia Calzón.