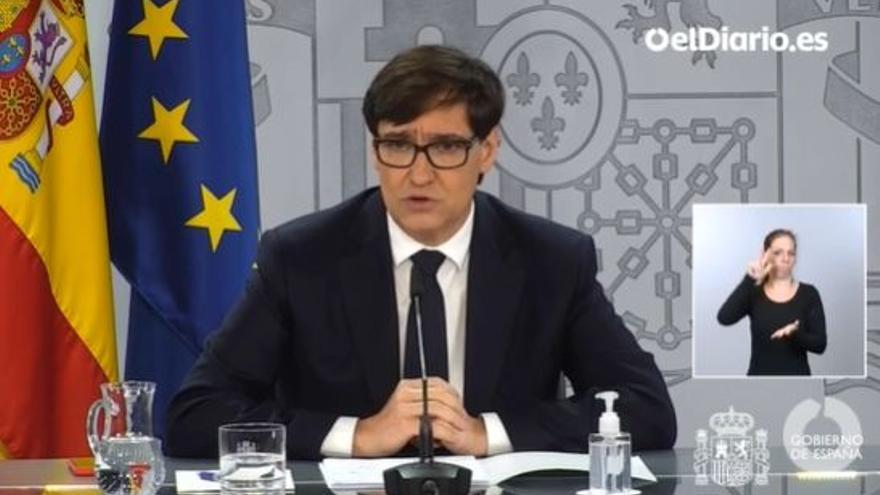 This Tuesday 369,525 doses of the Pfizer / Biontech vaccine will arrive in Spain via air. They will arrive in Madrid, Barcelona, ​​Vitoria and the Canary Islands to, from there, be distributed throughout the autonomous communities. The Armed Forces will take the roads to the cities of Ceuta and Meilla, as reported this Monday by the Minister of Health, Salvador Illa, after the Interterritorial Health Council.

In addition, Illa explained that the Spanish Medicines Agency (AEMPS) has updated the reviews on the sera of other companies that must complete and accelerate, at least, the first phase of vaccination that began last Sunday in nursing homes. The minister has repeated that the European Medicines Agency will meet on January 6 to issue its opinion on Moderna’s vaccine. An already known appointment after which, predictably, the European Commission will give the authorization to use this product. He has not advanced any date on the Oxford / Astrazeneca projects – whose authorization in Britain is expected this week – and Janssen.

The meeting of counselors and the Ministry of Health has advanced to this Monday (usually Wednesday) once the vaccination plan was released on Sunday 27 when the first doses of Pfizer / Biontech serum were administered. Just when the first batch of 350,000 weekly doses should be arriving, the pharmaceutical company has had a “minor” logistical problem, as indicated, and has delayed the shipment, which has deferred the program 24 hours.

A spokeswoman for the pharmaceutical company has told Efe that “there is no manufacturing problem” and that supply has been restored to the eight countries affected by this delay. Health has ensured from first thing in the morning on Monday that the doses can be injected this Tuesday.